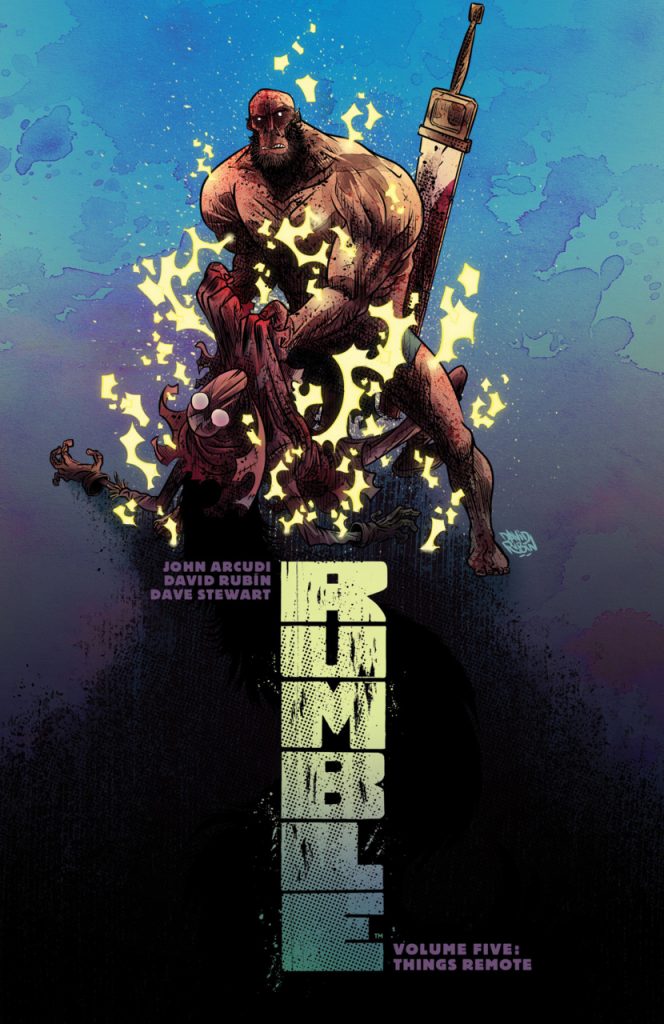 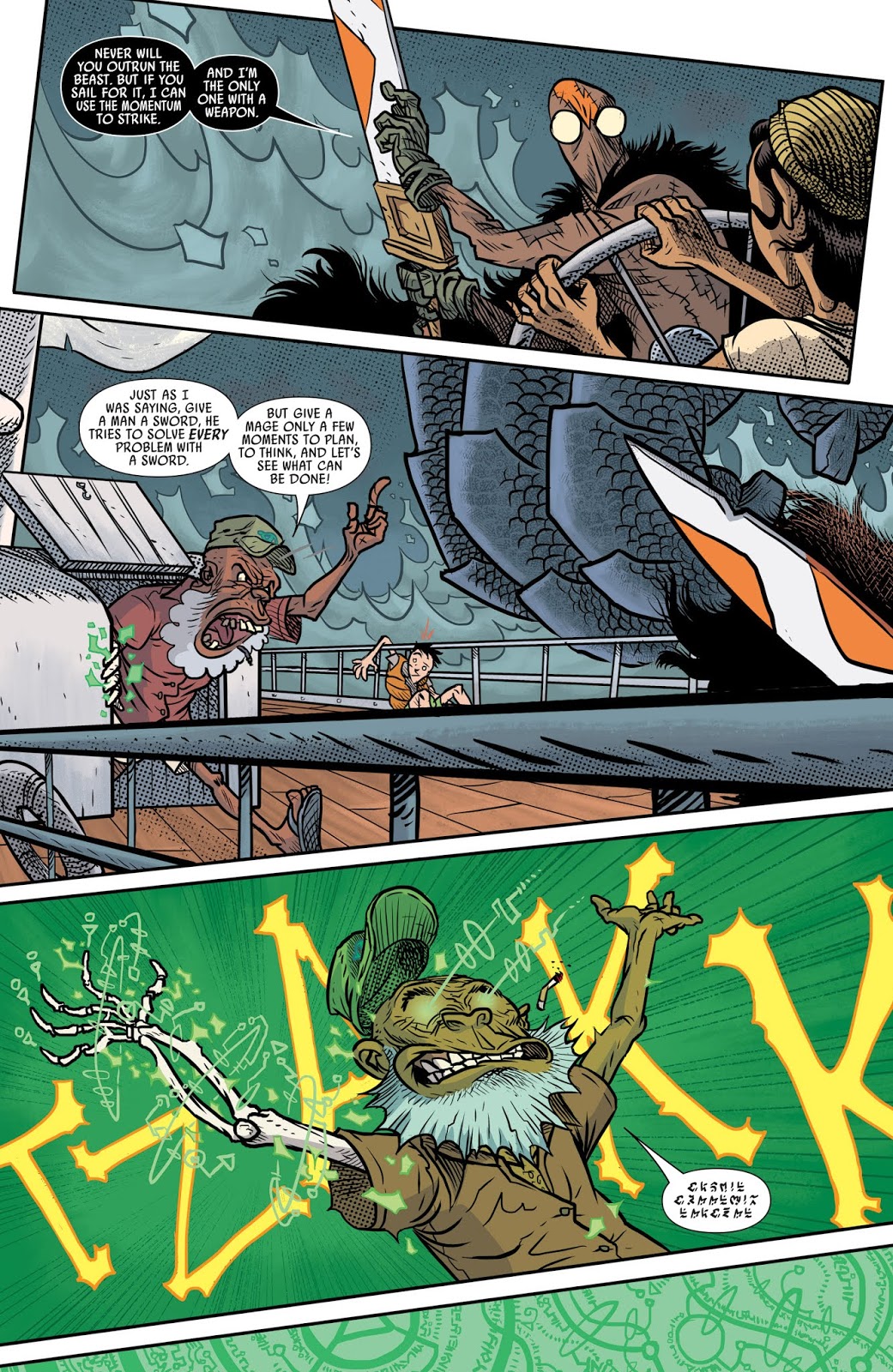 John Arcudi took a break from Rumble between Immortal Coil and Soul Without Pity, and some of the spirit departed along with original artist James Harren. David Rubín’s art is excellent cartooning, but he’s changed the mood of Rumble from something mysterious and foreboding into an episode of Scooby-Doo. The reverse would be transferring the cast of Orange is the New Black into Oz. Both have captive personalities, but the approach to a jail drama is entirely different. Likewise, Arcudi presumably has an end point in mind, but most of Things Remote plays into the mood Rubín sets instead of doing anything to move the story forward, and this isn’t a cast adaptable enough to be switched into four chapters of knockabout comedy. It’s difficult to figure out what Arcudi has in mind, because it seems he’s doing his best to alienate his original audience.

So, putting all that to one side, Rubín is a superb cartoonist, and there’s no denying there’s plenty of rumbling for him to be getting on with as Rathraq and company meet assorted other ancient Sumerians. They’re eccentrically designed, fitting Rumble’s new tone, and there’s a lot of effort in the detail when the ancient monsters come pouring onto the scene.

Arcudi supplies them as part of a four chapter interlude, the temptation of how things could be, which naturally comes at a cost. It’s a few jokes with some great battle scenes, but just treading water. It’s not enough of itself, with the only item of significance moving forward being an element of trust and respect between Cogan and Rathraq.

With the final chapter Arcudi edges the tone back toward Rumble’s original mood, as Cogan and Rathraq go hunting for someone who’s been impersonating him while he’s been away. Rubín tones down the gag cartooning for something a darker, while Arcudi is presenting another diversion, but one of greater relevance. It’s simpler, but carries more weight than the title story. Rumble concludes with Last Knight. 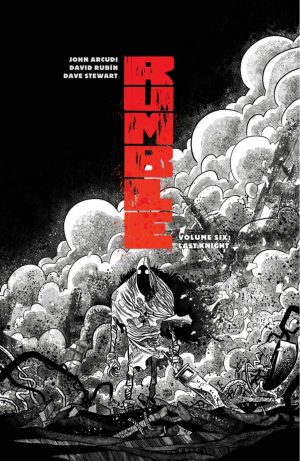