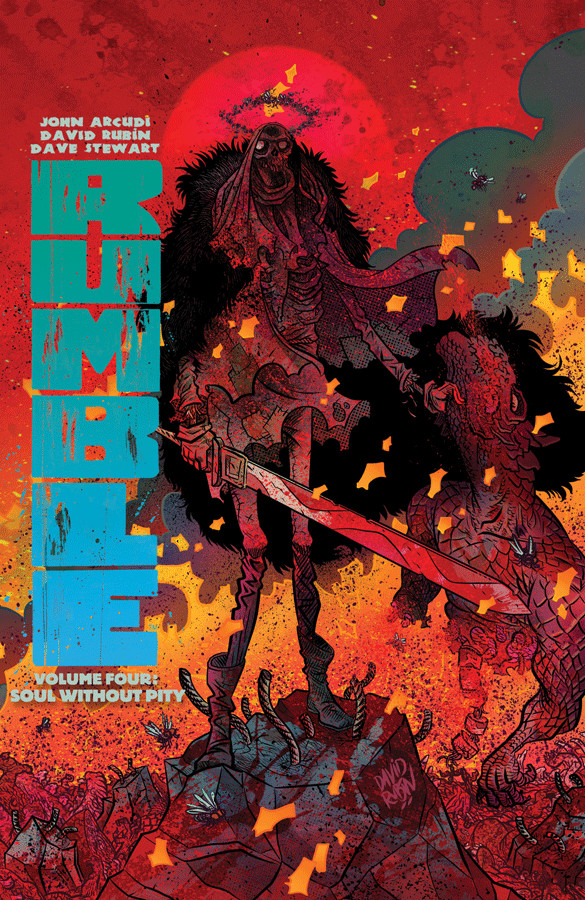 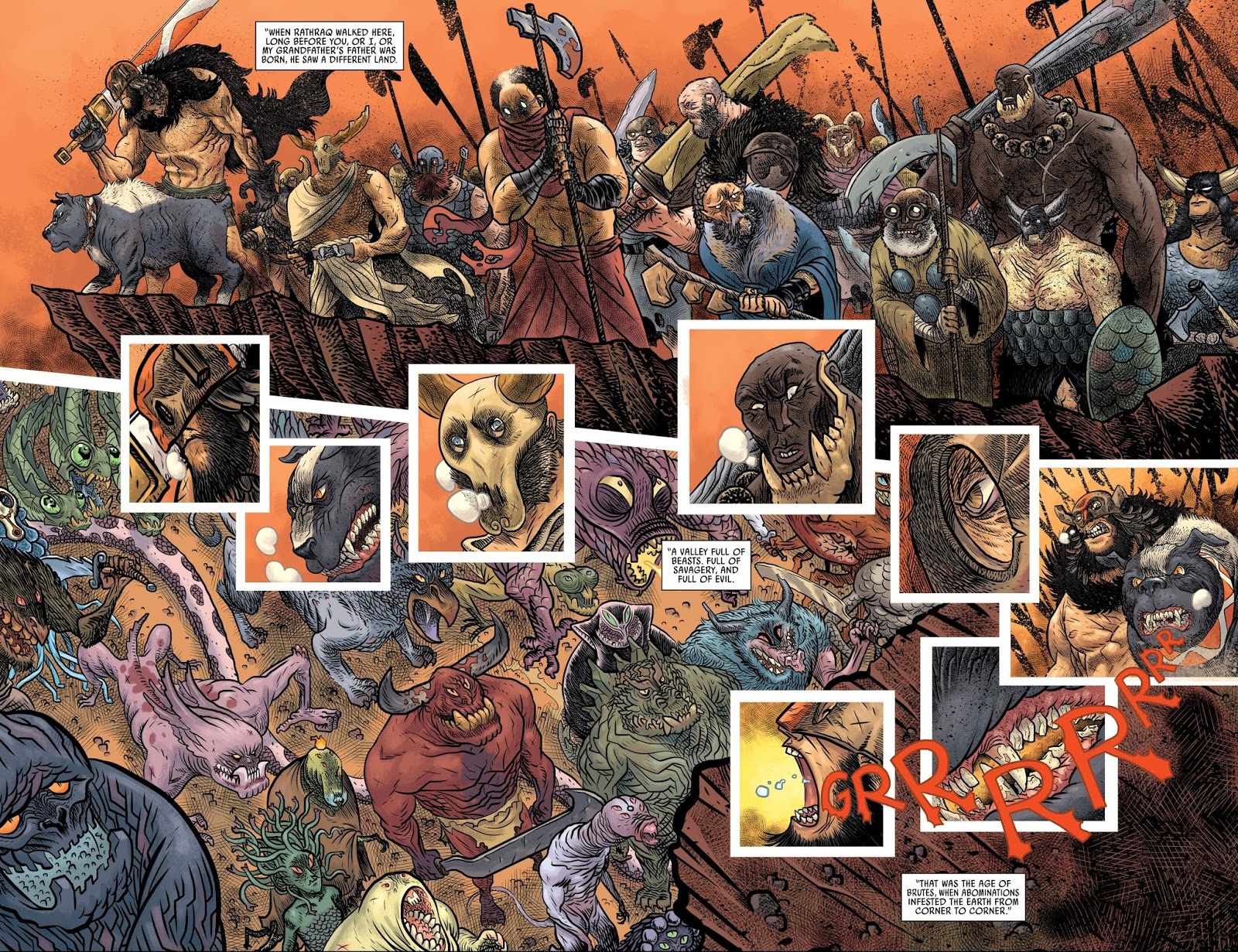 The creators took a hiatus after Immortal Coil, and sadly, after three volumes of excellence James Harren isn’t back this time around, but as the sample spread shows, David Rubín may have a different, less grubby style, but when it comes to designing goofy looking gods and demons then he’s not afraid of the work.

John Arcudi uses the opening chapter to bring in new readers, inform them about what’s going on, and anyone else learns of what’s been happening since the major battle ending the previous volume. Rathraq is still searching for his heart, unknown to him now at the bottom of the Hudson river.

Rubín’s approach to the series is to move it far more toward goofy cartooning, and while an absurdity has been integral since the beginning, it’s not the only mood, and turning the once mysterious scarecrow form into a wacky skeleton in a hood is a retrograde step. There’s no doubting Rubín’s immense talent, and if you do there are many wonderful individual illustrations to prove you wrong, Timah’s dance being very memorable, as is the visit to Ayatal, superbly coloured by Dave Stewart. It has to be asked, though if Rubín’s the ideal match for Rumble as it’s been so far. He’s at his best on the opening half of the final chapter, which isn’t so dependent on established characters, and where his own designs build the world.

Arcudi’s also a little off his game. There are some nice touches, such as how the wider population are disabused of the notion they saw monsters running through the streets, but it’s not really until the reinforcing of friendships in the final chapter and the immense battle that precedes it that Arcudi hits his stride again. Rumble has been a series of continual progression, but Soul Without Pity moves it back several steps. Will it head back on track with Things Remote? 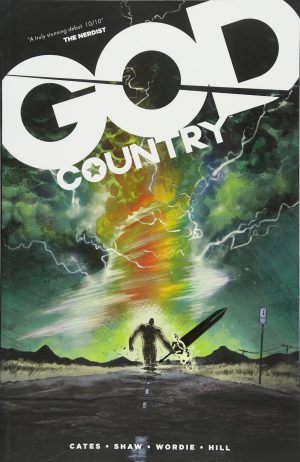 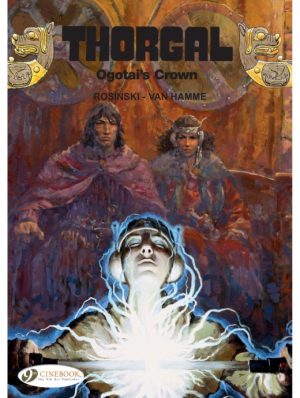