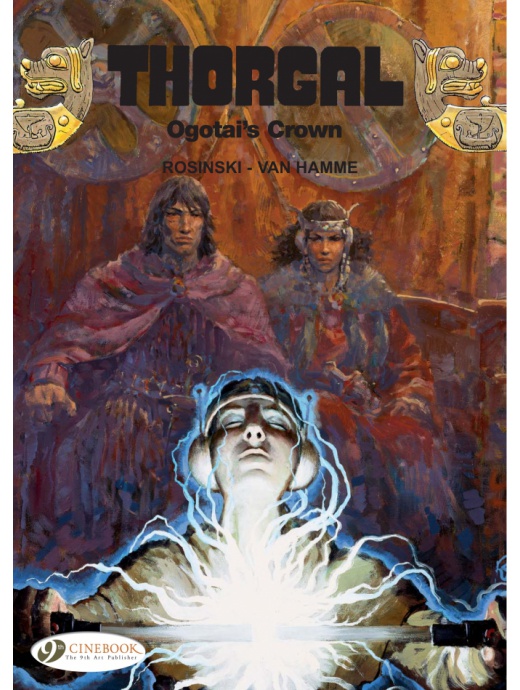 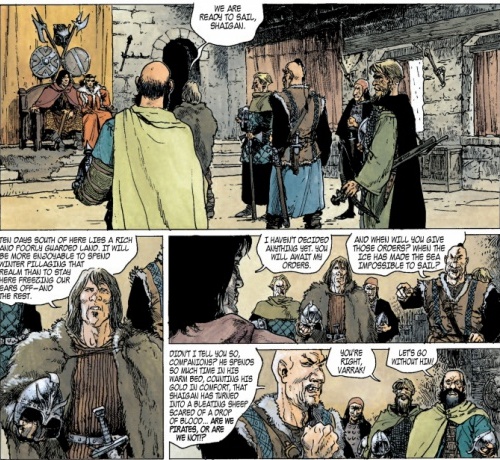 Thorgal straddles a line between a number of genres, most notably those of epic fantasy and science-fiction, working best when it combines the genres. Writer Jean Van Hamme has experimented with the time travel concept before in the well scripted The Master of the Mountains, a book beautifully illustrated by artist Gregroz Rosiński. Van Hamme often revisits previously used concepts to tie up plot points or scenarios he has reconsidered, usually improving them significantly. Will he be able to do that this time?

At the end of The Brand of the Exiles Jolan and his new companions, siblings Darek and Lehla, set off to rescue his mother Aarica and sister Wolf Cub from the fortress of notorious pirate Shaigan the Merciless. Unfortunately they are shipwrecked in a storm and Jolan wakes alone on the island home his family left so many years ago, where he’s approached by Jaax, a man claiming to be a member of a futuristic order called the Watchers. He offers to help Jolan if he accompaniesh Jaax to rectify a mistake caused by Jolan’s ancestors. To do this they need to travel into the timeline to find and destroy Ogotai’s Crown (see City of the Lost God). As a watcher Jaax cannot interfere directly with the past, but someone directly connected to the events can, which is why he needs Jolan. If he can change the course of history, why not change the events of the present and rescue Aaricia and Wolf Cub? This is against the code of the Watchers, but Jolan is unperturbed. To change the course of his family’s fortunes, he will need the help of a survivor with unique skills and nothing to lose- a man he might one day become.

Ogotai’s Crown has a greater complexity than the earlier time-bending plot of Master of the Mountains. Van Hamme has given a great deal of thought to theories of space and time, and how it might be possible to move through it, which may sound ‘old hat’ to sci-fi fans, but it’s how Van Hamme scripts developments that makes it unique and intriguing. There are no overly fancy machines that would clash with the Dark Age aesthetic and there’s plenty of drama, new situations keeping you hooked. It’s also a very clever way of recapping crucial events in the series very succinctly, Van Hamme doing in a little over forty pages what some writers need two hundred for. While the themes have been explored in different ways by many different writers, Van Hamme’s choice of setting keeps it unique. It’s smart, well-paced and tense, combining a swords and sorcery flavour with harder science fiction ideas.

Rosiński’s art is marvellous, but his sweeping landscapes and attention to detail deserve the over-sized European format to let the illustrations breathe. He can switch from a storm tossed ocean to an arid desert in the space of a few panels, almost effortlessly capturing the atmosphere of each, but Ogotai’s Crown lacks the breath-taking grandeur Mountains has. However the quality of his work here is so high it does beg the question: if this had come first would the reverse be true?

In any event Ogotai’s Crown is a clever thriller, a cracking adventure and has a satisfying conclusion. Prospective fantasy and science fiction writers can learn a thing or two from these creators’ attention to detail and world-building. The series continues with Giants. 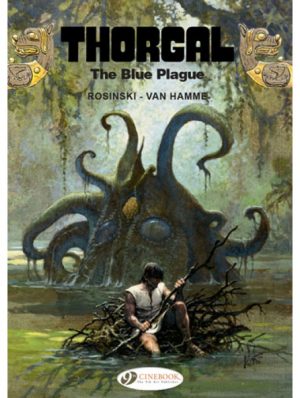