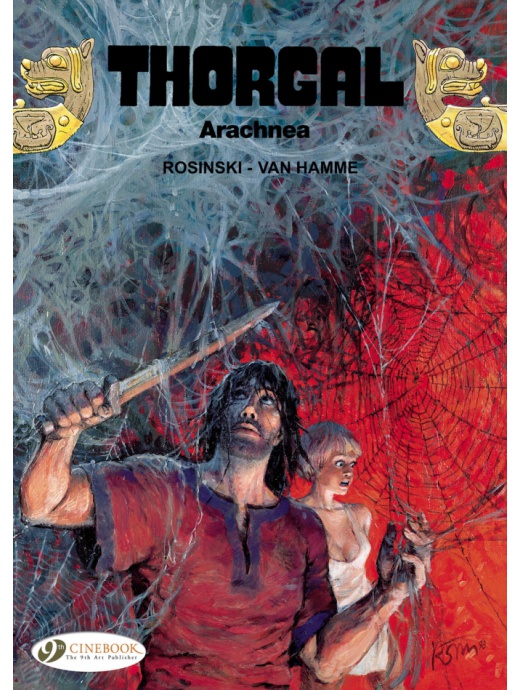 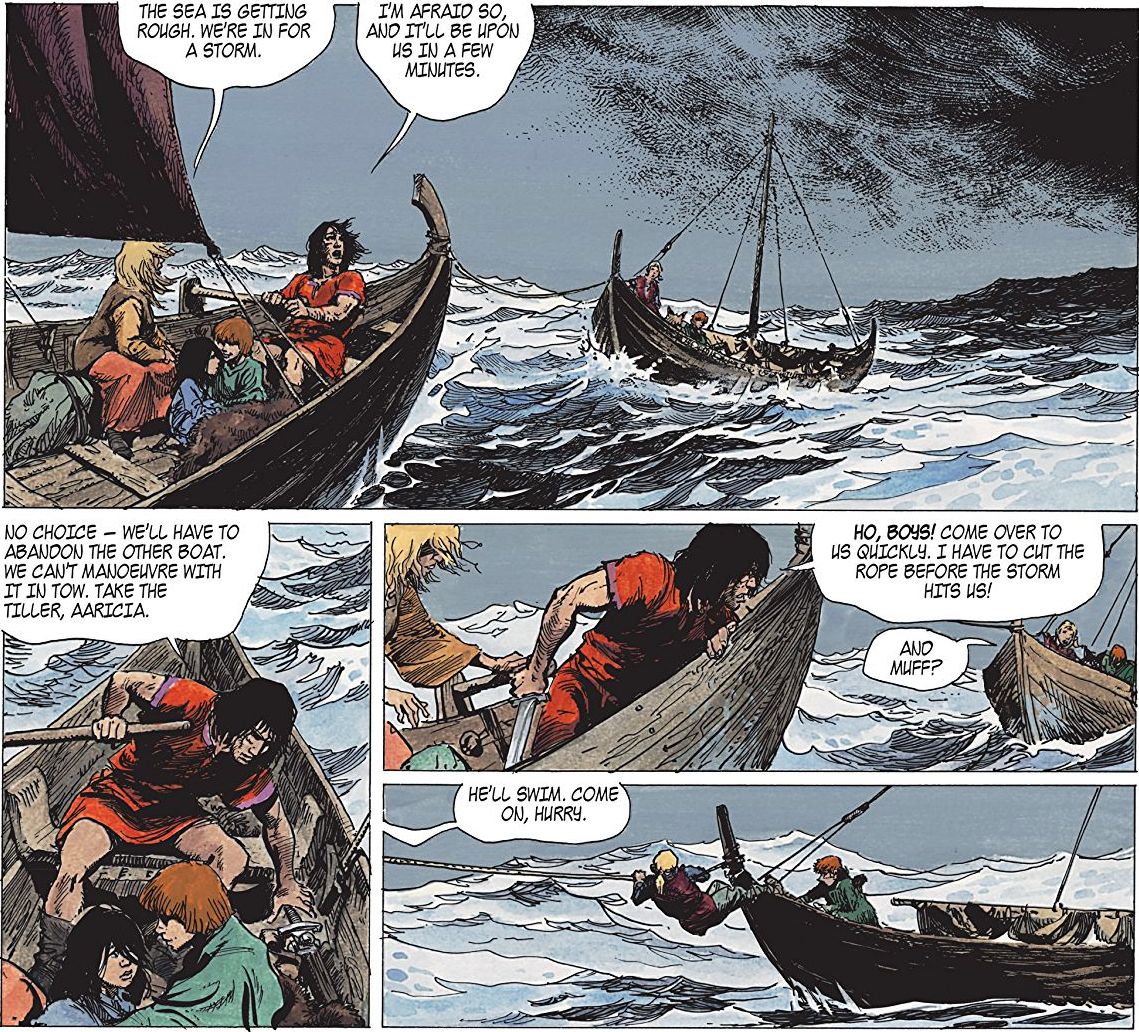 At the conclusion of The Cage Thorgal and Aaricia (along with son Jolan, daughter Wolf Cub and the now quasi-adopted siblings Darek and Lehla) left their island home in search of a place they could live in peace. During the journey Thorgal and Wolf Cub are swept overboard and washed up on the shores of a mist shrouded land. When Wolf Cub disappears in the caves pocking the cliffs lining the shore, Thorgal ventures inland to see if she has found a way out.  The island’s inhabitants are a primitive colony of people similar to the ancient Greeks, ruled by a king held in thrall by an ancient goddess called Arachnea. To ensure the prosperity and longevity of the island’s residents Arachnea demands a young man be given as her groom each spring and autumn solstice. When the latest “groom” and his beloved break with tradition, the island’s peace is at risk. As the mistrusted outsider Thorgal is forced to be the replacement groom, though he goes willingly when he learns that Wolf Cub may be down there. In the dark caves beneath the earth, Thorgal faces off against Arachnea’s minions in a desperate search for his daughter, whose unique gift for communicating with animals just might be the key to ending an age-long curse and bringing peace to the island if she survives.

For Arachnea writer Jean Van Hamme neatly turns the traditional maiden-in-distress tropes on their head, all the while playing on mankind’s most base fears. To avoid spoilers it’s best to read what is a excellent eerie creature horror story, but more unsettling are the behaviour of the human players. Van Hamme really analyses the human condition, particularly how fear can drive the other emotions. Contributing wonderfully is artist Grzegorz Rosiński who impresses here with the subtleties of his work: a prison bar casting a shadow on a face that changes position with the character’s movements or the passage of time. Expertly composing an unnerving atmosphere with walls of thick fog and dark half-lit volcanic passages, his creatures are beautifully illustrated yet grotesque and menacing. The movements are very natural which adds to the foreboding, so if you don’t like creepy crawlies, you are warned.

Arachnea is an exploration of the classic good versus evil tropes of the Greek tragedies, deliciously inverted to present an alternative, thought provoking perspective. Rosiński’s art is superb and Van Hamme’s plot smoothly executed, providing an engrossing thriller examining the emotional complexities of mankind, their hopes and fears. Our company continue to explore new lands and dangers in The Blue Plague.