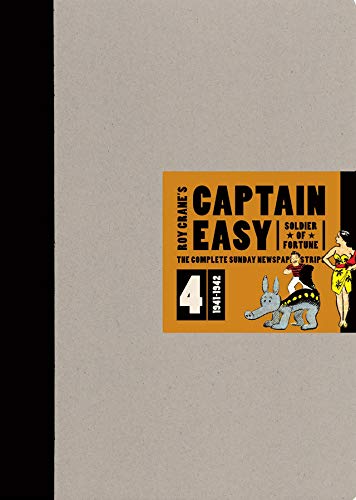 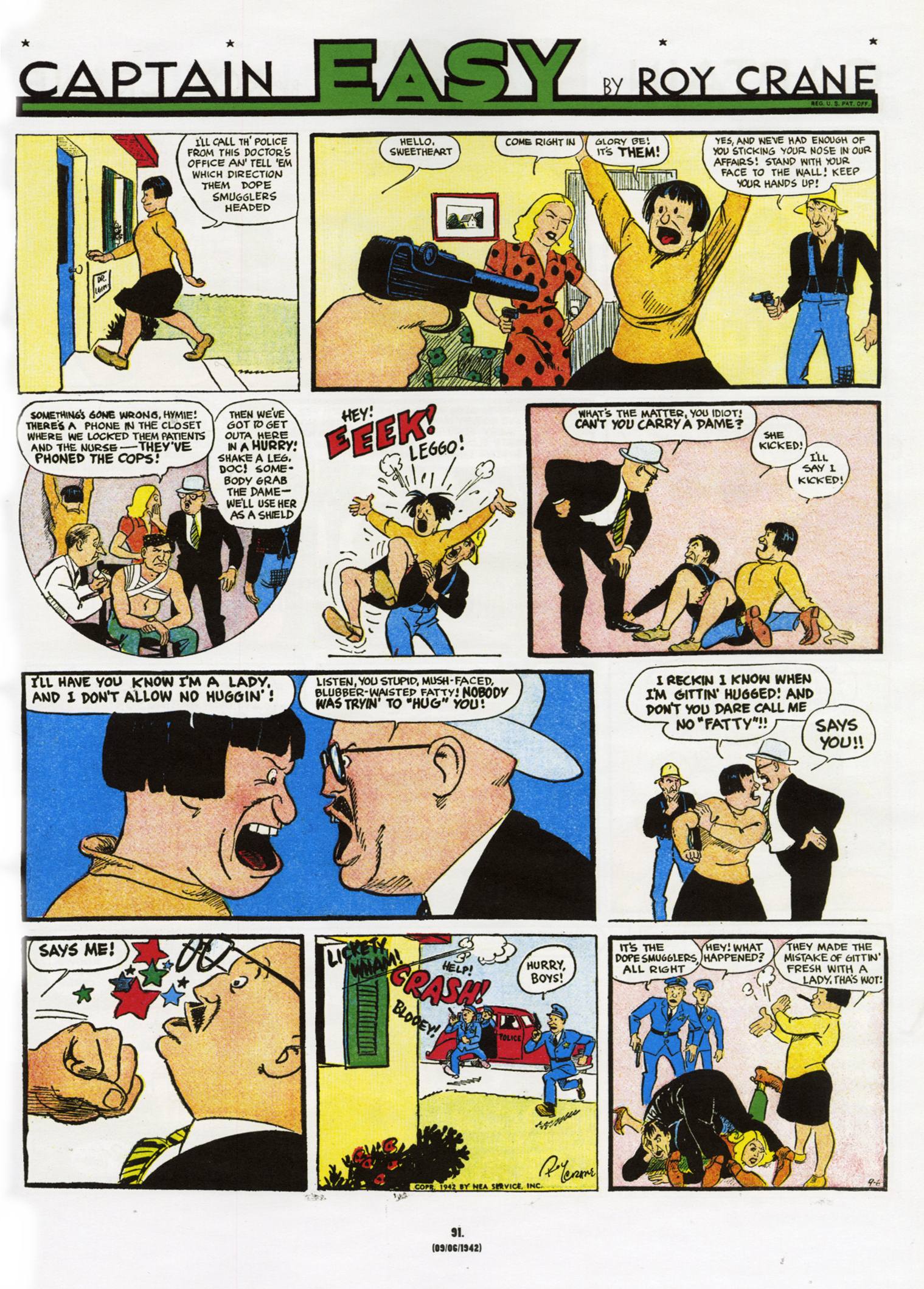 The fourth and final collection of Roy Crane’s groundbreaking, trailblazing Sunday strip completes a quartet of comics compilations no lover of high adventure, action comedy and visual narrative excellence should be without. This volume covers December 22nd 1940 to July 11th 1943, bringing to a close Crane’s association with the strip. Afterwards artist Leslie Turner would continue both the daily Wash Tubbs and Sunday Captain Easy (with his own assistants) until his retirement in 1969.

This blockbuster collection opens with an Introduction from Michael H. Price tracing potential candidates for the surly Southerner in ‘Roy Crane and the Man Who was Easy’ before the increasingly eccentric and comedic final pages, a goodly proportion of which were produced during the critical period just before America finally entered World War II. The material is significant for one salient point – Wash Tubbs and especially Easy are scarcely seen after hostilities commenced. The reason was obvious: all true patriots wanted to defend their country and the heroes enlisted.

The hilarious action begins with the reintroduction of comedy foil Lulu Belle, the homely, cigar-chomping hillbilly lady who had been a circus strongwoman and undisputed Female boxing champion for fifteen years, yet smitten by Easy’s charms. It’s her comedic escapades that come to dominate this collection as other familiar faces from earlier strips also return.

Ending this final titanic (with pages 380mm high  x 270mm wide) luxury hardback tome is a full-colour correction from Volume 3, another hand-painted colour-guide strip by Crane and ‘Transition’ by Rick Norwood. That’s an illustrated article explaining just where Tubbs and Easy went when they faded from the pages of Turner’s Sunday pages.

Still resentful over being told to tailor his Sunday pages to the needs of regional newspaper editors in 1937, Crane departed when his contract expired in 1943, abandoning his creation to the NEA syndicate and Turner. He joinied William Randolph Hearst’s King Features to produce Buz Sawyer, a strip he would own and have creative control over. Conveniently, Fantagraphics have also curated reprints of those rip-roaring adventures.

Roy Crane’s Captain Easy, Soldier of Fortune: The Complete Sunday Newspaper Strips is a magnificent undertaking, collecting in a wonderfully accessible form one of the most impressive, funny, exciting and influential comic strips of all time in books that cannot help but inspire awe and affection. How can you possibly resist a chance to experience the stories that inspired the giants of action adventure?