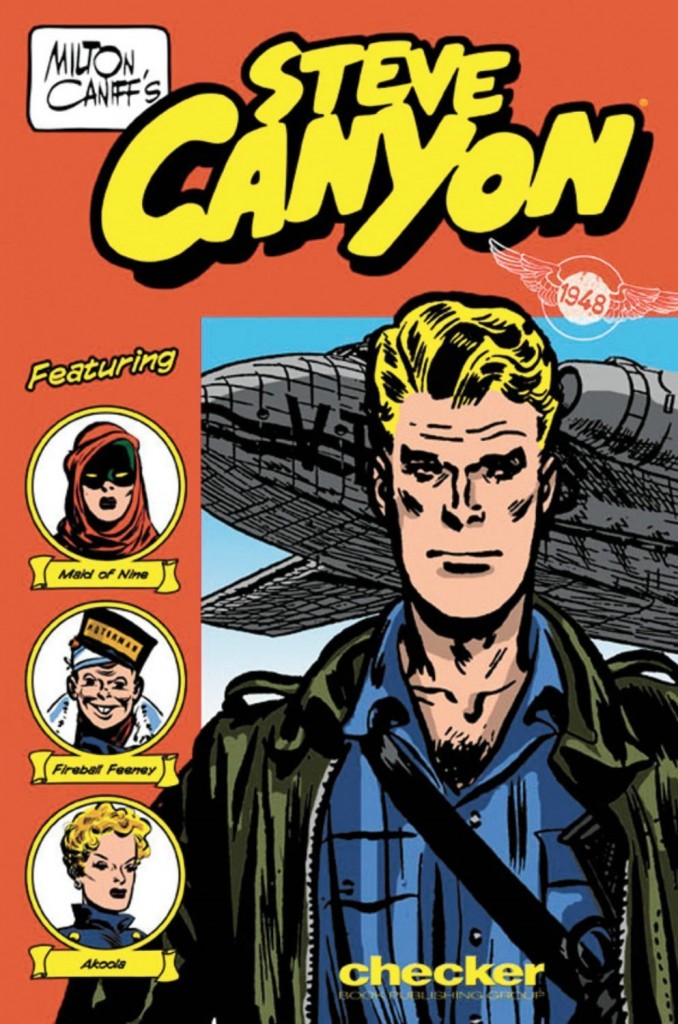 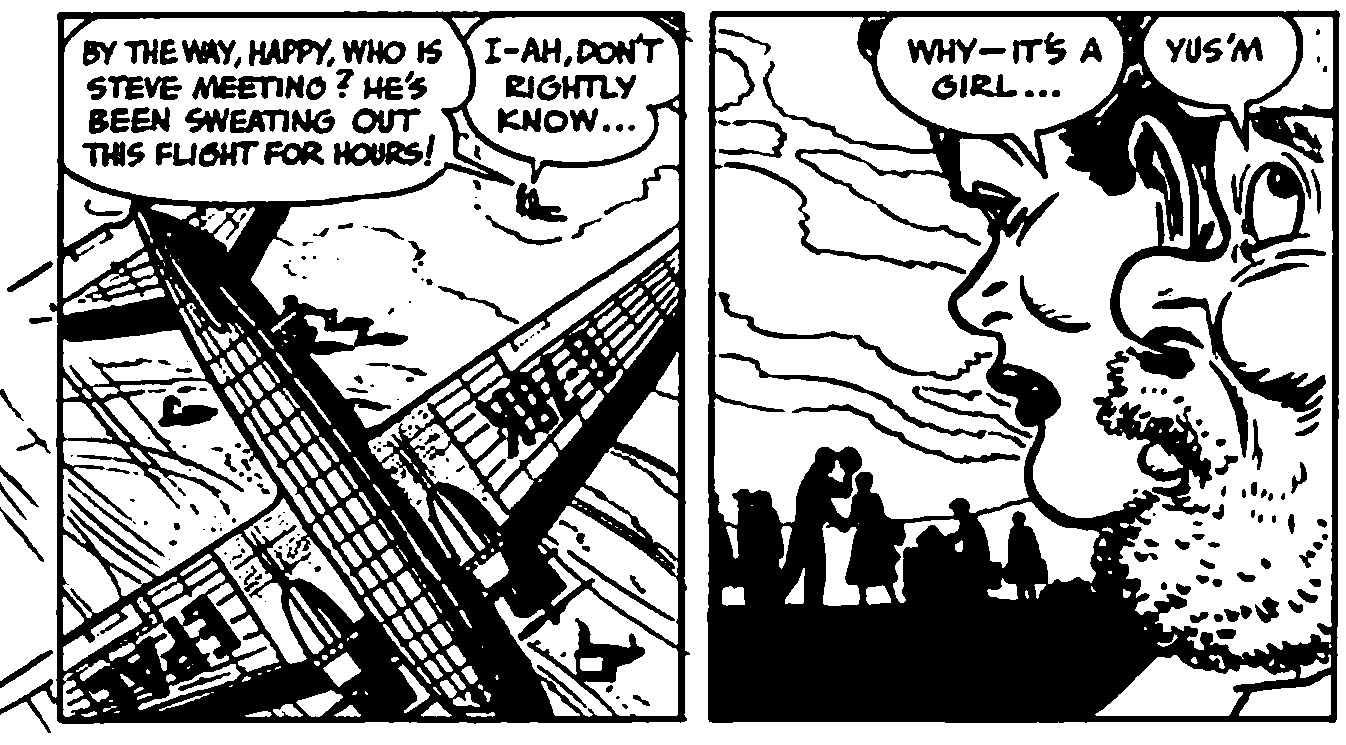 Steve Canyon was the second newspaper strip from Milton Caniff, one of the biggest and most successful comics creators in the USA. He used all the elements that had made his previous strip Terry and the Pirates such a hit and it didn’t take long before his newer creation was just as popular. Volume two of this Checker Books collection covers 1948, the second year of the strip, with five stories.

‘Medical Sabotage’ juggles a plot about our tall, blonde and steel-jawed hero Steve mixed up in a battle for his affections between his secretary Feeta-Feeta and a very Bette Davis-like doctor Deen Wilderness, while he sets up an airline in the middle east. All the crossed wires lead to life and death struggles in the mountains and some very well choreographed action sequences which roll into ‘The Nine Maid’, who turns out to be a mysterious armoured woman descended from survivors of the Ninth Crusade. Caniff has a gift for making the most unlikely premises believable and Steve Canyon is soon persuaded to aid this strangely alluring Joan of Arc-style freedom fighter in her struggle against bandits and communists.

In ‘Operation Convoy’, Steve, his pal Happy Easter and the Nine Maid are captured until a little girl called “Convoy” helps them – straight into the arms of a Soviet Submarine commander, Captain Akoola aka The Shark. ‘Plantation Sabotage’ finds Steve in between the aptly named Miss Fancy and a jealous tough guy called Rak, and in ‘Puppy Love’, Rak’s son, Reed Kimberley meets a girl called “Cheetah” and winds up in the pilot’s seat of a mid-air hostage crisis.

If this all sounds like a mix of John Ford war movie, screwball comedy and Douglas Sirk-style romantic drama, that’s because that’s exactly what Caniff was creating here, with non-stop action, funny and charismatic people in exotic locations engaged in political intrigues, murder and doublecrosses, falling in and out of each others arms and constantly on the edge of disaster. And all superbly illustrated in black and white pen and brush. The sexual and racial stereotyping is mostly terrible, but the skill and charm of Caniff’s narrative abilities have lost none of their power and it’s comics storytelling of a very high order.

The page layout of these volumes intersperse the daily strips with the sundays, which means the sunday strips are mostly split over two pages rather than being shown on a single page as they would have originally appeared. Caniff generally used the extra space of Sunday pages to tell the most exciting incidents of a given adventure, but as he kept his layouts simple and didn’t go in for any of the more experimental story structures or colour schemes that many of his contemporaries did, his Sunday pages don’t suffer too badly from being split up or shown without colour. However they do lose a lot visually from being shrunk to fit the small pages of these books, as Caniff constructed more dramatic pictures in his Sundays than he could usually achieve in the single tier of a daily strip.

IDW is currently reprinting Steve Canyon in a bigger, hardback format with two years of the strip per volume. These are more expensive but much better designed books. The drawings are bigger and given more breathing room, the Sunday pages are reproduced larger and in colour. If you’re interested in seeing Caniff’s art more appropriately presented, have a look at this series.