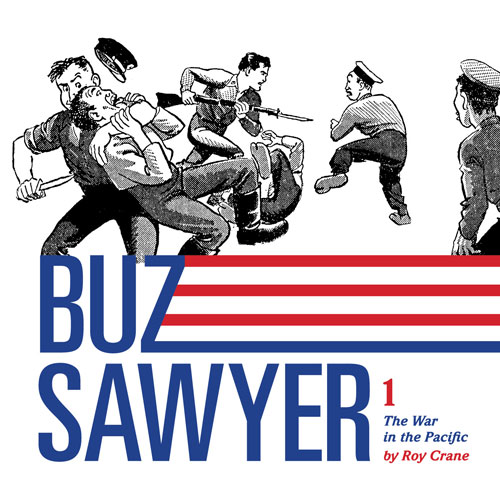 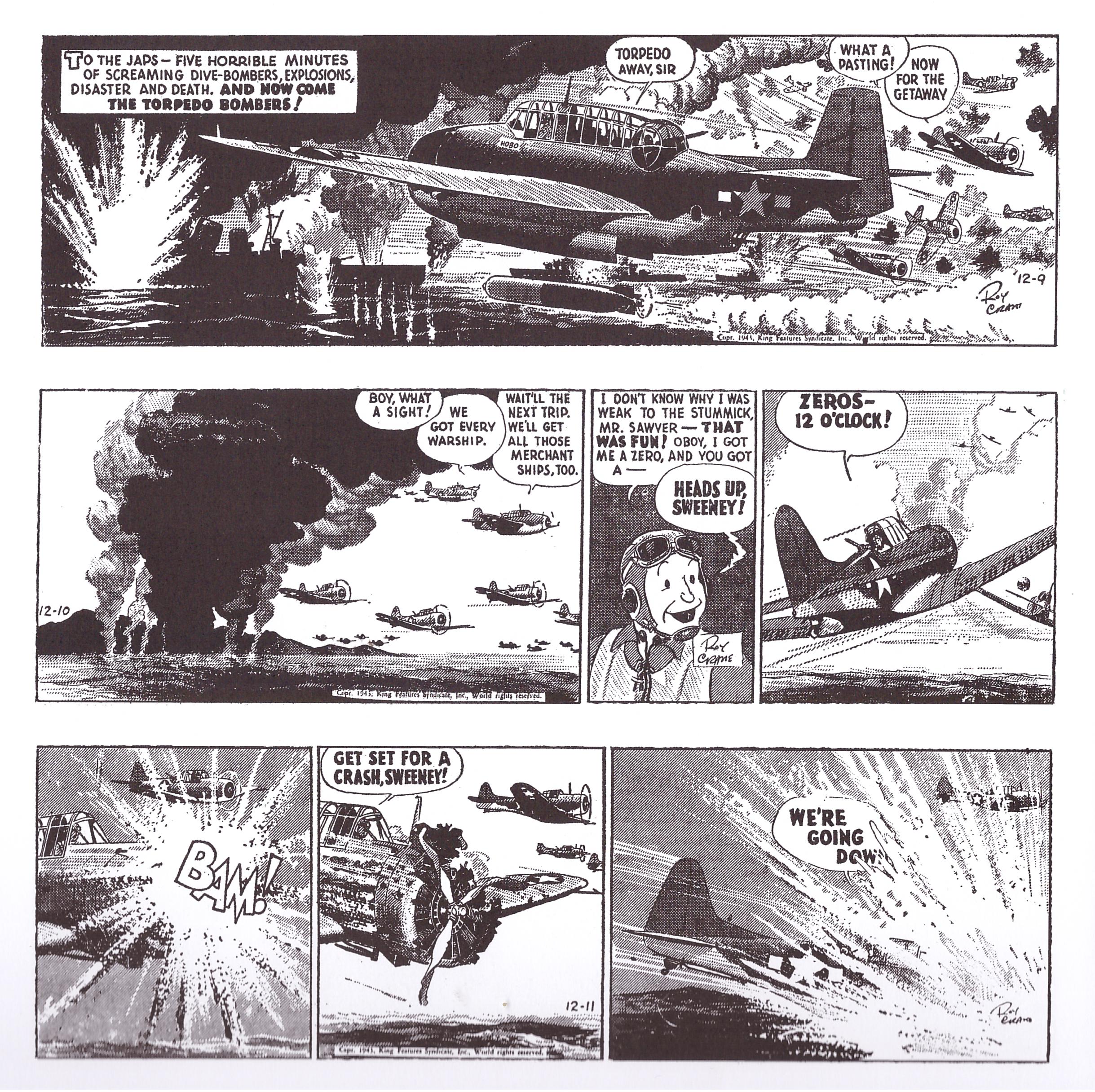 In 1943 Roy Crane was a strip cartoonist at the top of his trade. Wash Tubbs and Captain Easy was among the earliest serialised adventure strips, popular across the USA even as a comedy feature when it began in 1924, but Crane resented the page rate not being raised for his 1941 contract extension. When a rival strip syndicate offered him higher wages along with the chance to create a new strip that he’d part own, Crane jumped ship.

With the USA deeply involved in World War II, and wanting an adventure setting, Crane settled on a Navy fighter pilot as his star. He’d always known how to design a character, and Lt J. G. Sawyer was the epitome of the clean-cut American serviceman, already handsome, his heroic allure increased by a smartly defined uniform. There were no airs and graces about him, and he cared not that Rosco Sweeney is largely uneducated and unrefined, because he’s one hell of a buddy who can always be relied on. Buz’s love interest Christy Jameson is only introduced a year into the strip, a gorgeous home town girl with wealthy parents, unusually independent for the era. By the time he makes her acquaintance again, Buz has already run into his share of glamorous women.

Crane was a superb draughtsman who took great care to ensure his boats and planes were accurate. This was a personal interest anyway, but with servicemen an avid audience he’d rapidly hear about any errors. Unfortunately the quality of the strips available to Fantagraphics for reproduction isn’t always the highest, and it’s regrettable that much detail has been muddied. However, weighed against the opportunity to have the first three years of the strip between hardcovers and with an informative introductory essay from Jeet Heer, the occasional muddy strip is small potatoes.

Although only Crane’s name appears, the common practice of the era was to work with assistants. Edwin Granberry wrote many strips from 1944, and enjoyed a harmonious relationship with Crane who respected his career as a novelist and short story writer. Crane would employ art assistants, but when Buz Sawyer began he produced all the art himself, later recalling seventy hour weeks necessary for six daily strips and the colour Sunday material. Unlike many other strip artists, Crane didn’t consider the Sunday page the pinnacle of the art, and presented Sweeney’s knockabout comedy escapades. They’re not fondly remembered, and the few examples stitched into the back indicate why. The drawing is good, but the humour obvious even by the standards of the era, and time hasn’t been kind.

The 1943-1945 strips concentrate on Buz’s naval career, and the first few weeks of material prepared pre-launch display the effort of the seventy hour weeks. While the art was always excellent, and Crane later had access to naval yards for reference, he’d never repeat the sheer detail he committed to those earliest strips. The writing is strong on day to day continuity, building the stories incrementally and paying attention to character, with the thrills sometimes taking second place. Crane obviously believed the random nature of war wasn’t accurately conveyed if the readers hadn’t built a rapport with the characters, and the dour Lieutenant Flint in 1945’s work is a superb example, maintaining a list of the order he believes his squadron members will die.

It’s only to be expected that a 1940s strip has dated, but at his best Crane’s artistry is unsurpassed, and this contains over six hundred mini-masterpieces. Buz transitions to a world without war in Sultry’s Tiger. 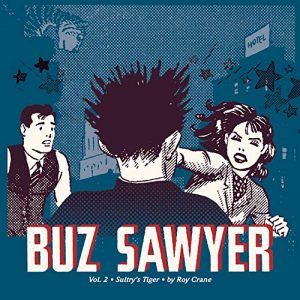 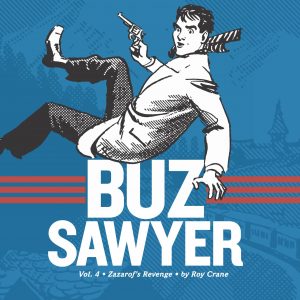