Roxanna and the Quest for the Time Bird 2: The Temple of Oblivion 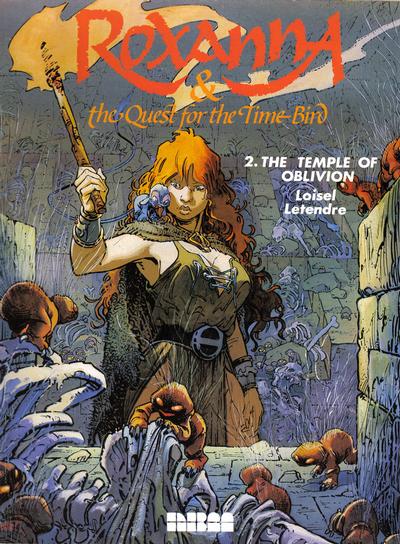 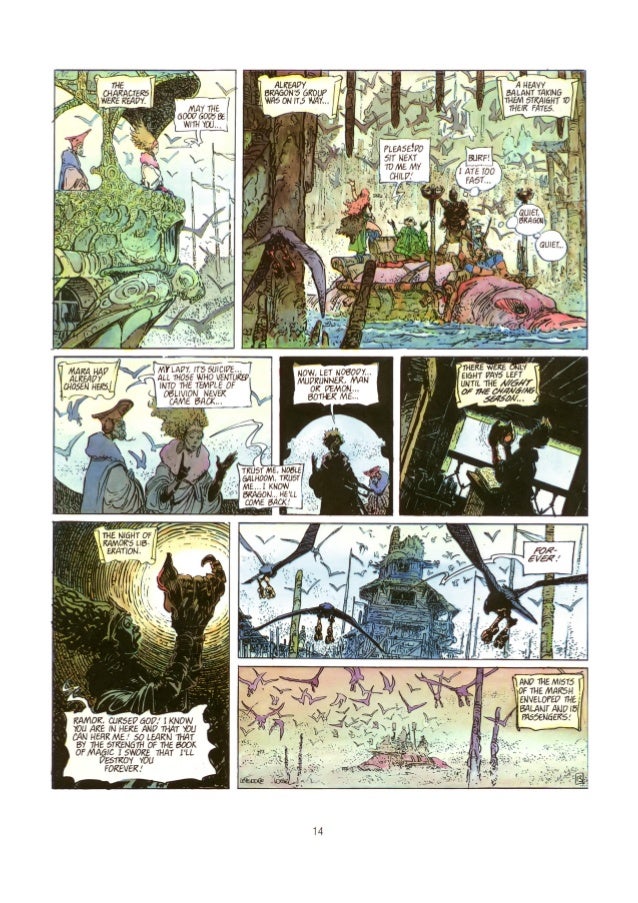 The series title doesn’t entirely reveal that the buxom Roxanna isn’t just on the single quest. The Time Bird is ultimately what could save humanity, but in order for it to have a purpose it needs to be used in conjunction with other objects. Ramor’s Conch was acquired in Vol. 1, but no-one knows for sure where the Time Bird is. Apparently, though, the location is revealed in the runes carved into the walls of the Temple of Oblivion.

Last time out Roxanna was accompanied by the warrior Bragon, still tough although past his peak, and a mysterious youngster whose identity was hidden, although Serge Le Tendre made sure every reader could guess who he was even if Roxanna didn’t. This time the balance is altered by the presence of Bragon’s old rival Bodias, and what they don’t know is that their mission will be complicated further by a vengeful survivor of the previous volume.

As before, the most memorable aspect of The Temple of Oblivion is Régis Loisel’s artwork. Le Tendre’s plot wanders all over the place, but needs a lot of panels on every page to accommodate it, yet Loisel makes every panel a work of art, detailed and cinematic with memorable characters drawn in a cartoon style. Again, he’s restrained when it comes to the more salacious points of the plot, and that aspect is more attuned to 2015 when Titan combined all four Roxanna volumes into a single hardcover titled The Quest for the Time Bird.

Unfortunately, Le Tendre’s plot hasn’t aged as well. There is an ultimate purpose, but it’s also a shaggy dog story, more about the trouble Roxanna and her allies get into, the adventure being the journey rather than the resolution. The 1980s origins are betrayed to an extent by Roxanna being courageous and sometimes a step ahead, but also sometimes the victim to be rescued, and that happens toward the end here.

Only seven days remain to avert oblivion when this episode ends, and the quest continues in The Riege Master.