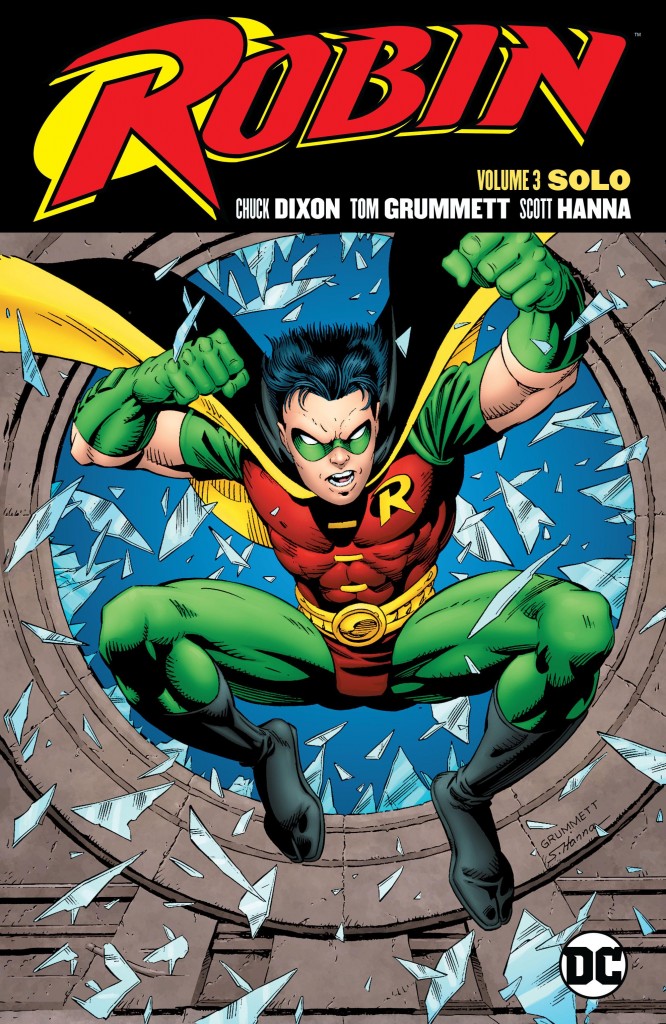 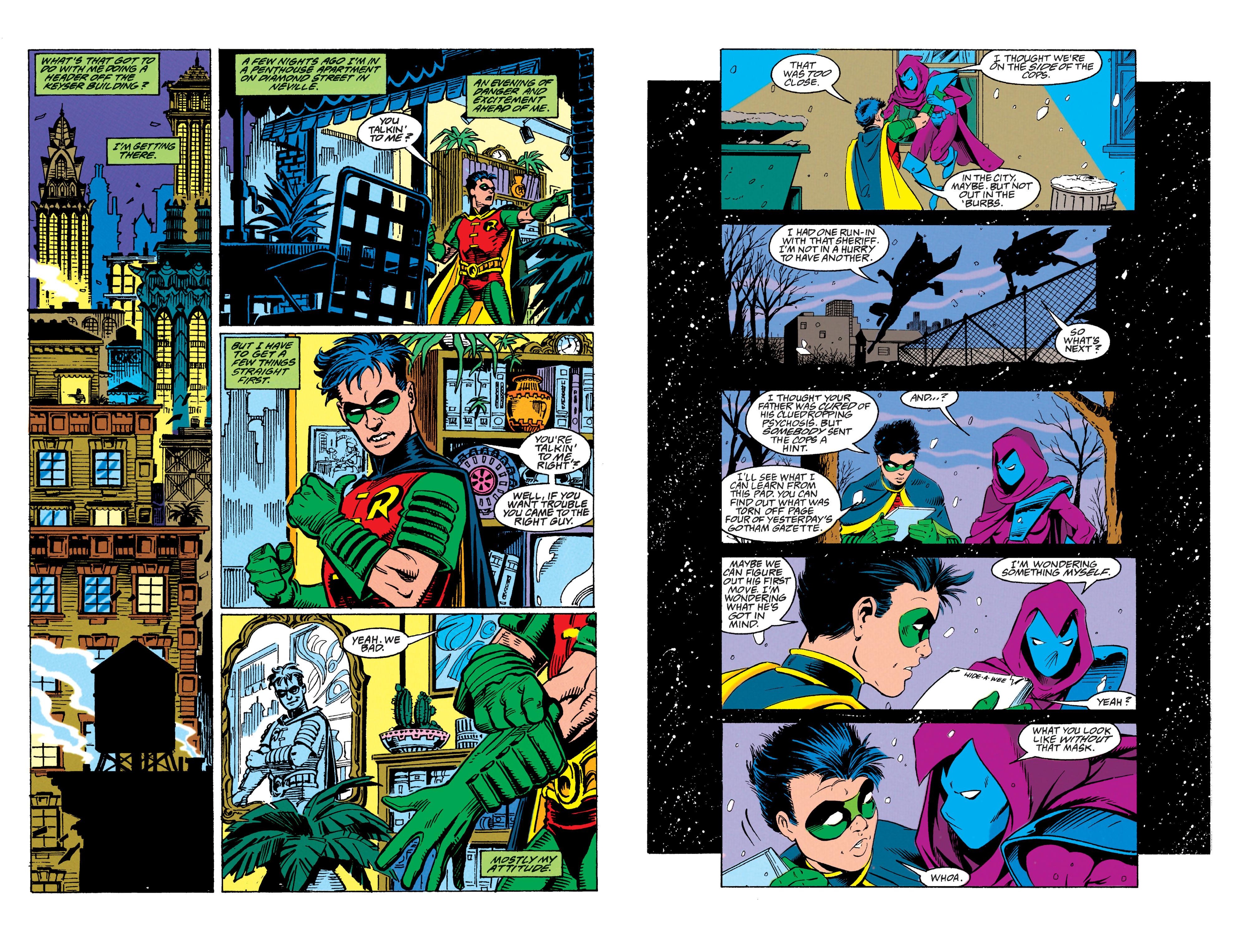 A good 25 years after Chuck Dixon and Tom Lyle’s version of Robin was a phenomenal success as three miniseries, DC are rediscovering the sales value, as material previously never issued in trade paperback is now being released at the rate of two thick volumes a year.

Solo moves from those miniseries to the ongoing series Dixon and Lyle generated, stopping to pick up on two annuals along the way, and a story serialised in an anthology title. These are by other creators and generally more interesting for having an element of mystery about them. It’s hoped Dixon moved into TV and movie writing post comics, as the all-action thriller is a form he’s mastered phenomenally well. Anyone who’d prefer something other than straightforward A to B to C plots, however, will find his work a little wanting.

Lyle in the company of writers Alan Grant and John Wagner open the book. They’re not as interested in Robin as they are in Anarky, emphasising his aims and his eventual creation, while Robin’s main purpose is in tracking Anarky down. It has points to make, but is over-long, although Lyle illustrates a nicely distorted Anarky.

In the following story Doug Moench writes Robin into an interesting corner via a series of novice mistakes as he attempts to put an end to a gang leader not so creatively named Bracuda. Kieron Dwyer (sample art left) really puts some effort into his pages, with ornate backgrounds, expressive faces, and excellent layouts. He’s very obviously influenced by Frank Miller at this point in his career, but it’s a good look. Bob McLeod takes his cue from that look for Moench’s sequel, but despite the addition of Nightwing and his positively criminal pony tail, it lacks the emotional lock of the first story.

Dixon and Dwyer combine for the best story in the book, with Dwyer’s decorative compositions complimenting Dixon’s tale of young computer hackers and their transformations. Robin is almost a guest star in what’s supposed to be his annual, his purpose again reduced to tracking someone down until the later pages. Because the characters Dixon is focussed on are new and disposable, he keeps the suspense up in a manner unusual to his material. In isolation there are some unexplained aspects as the Alien-like character was appearing in all DC’s 1992 annuals transforming teenagers into superheroes, but here shuffles off stage left with little explanation.

Lyle had been the artist who popularised the new Robin via Dixon’s scripts, but when it came to a regular series DC opted for the more conventional and less distinctive art of Tom Grummett (sample art right). This material was originally collected as Flying Solo, and Dixon pitches Robin against a succession of third-rate Batman villains with in-story commentary as to their less than sparkling careers. The brightest spot is the use of Spoiler, who’d come to play a large part in the series, and intrigues on her introduction.

Dixon’s run on Robin continues in the Turning Point collection.