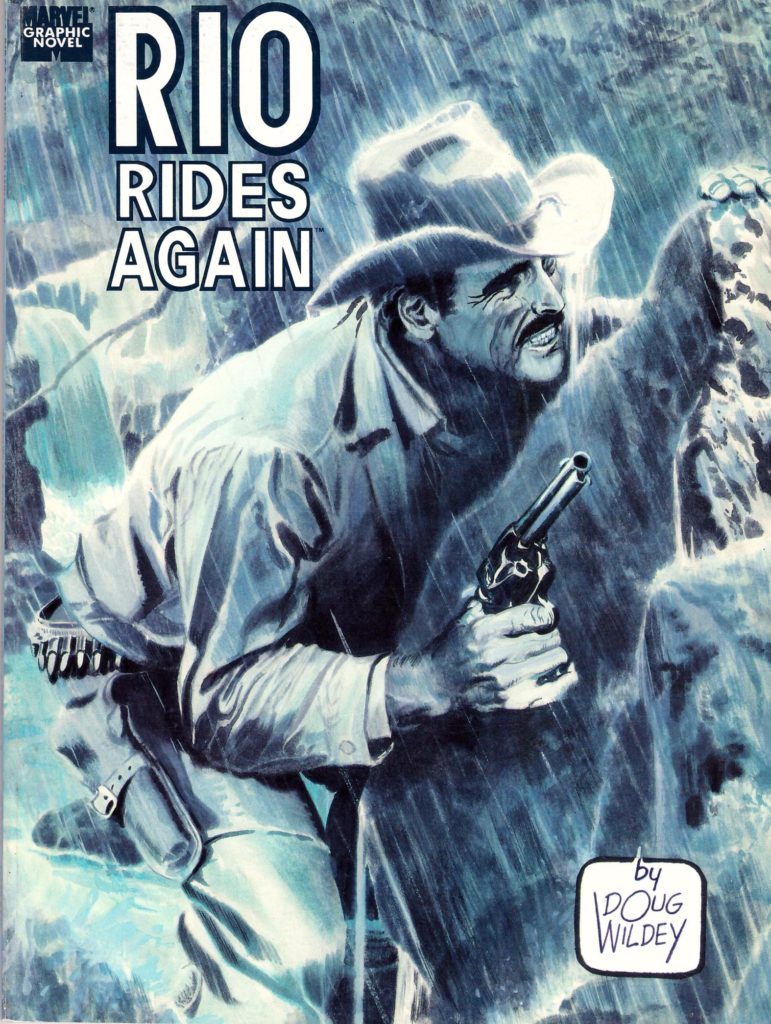 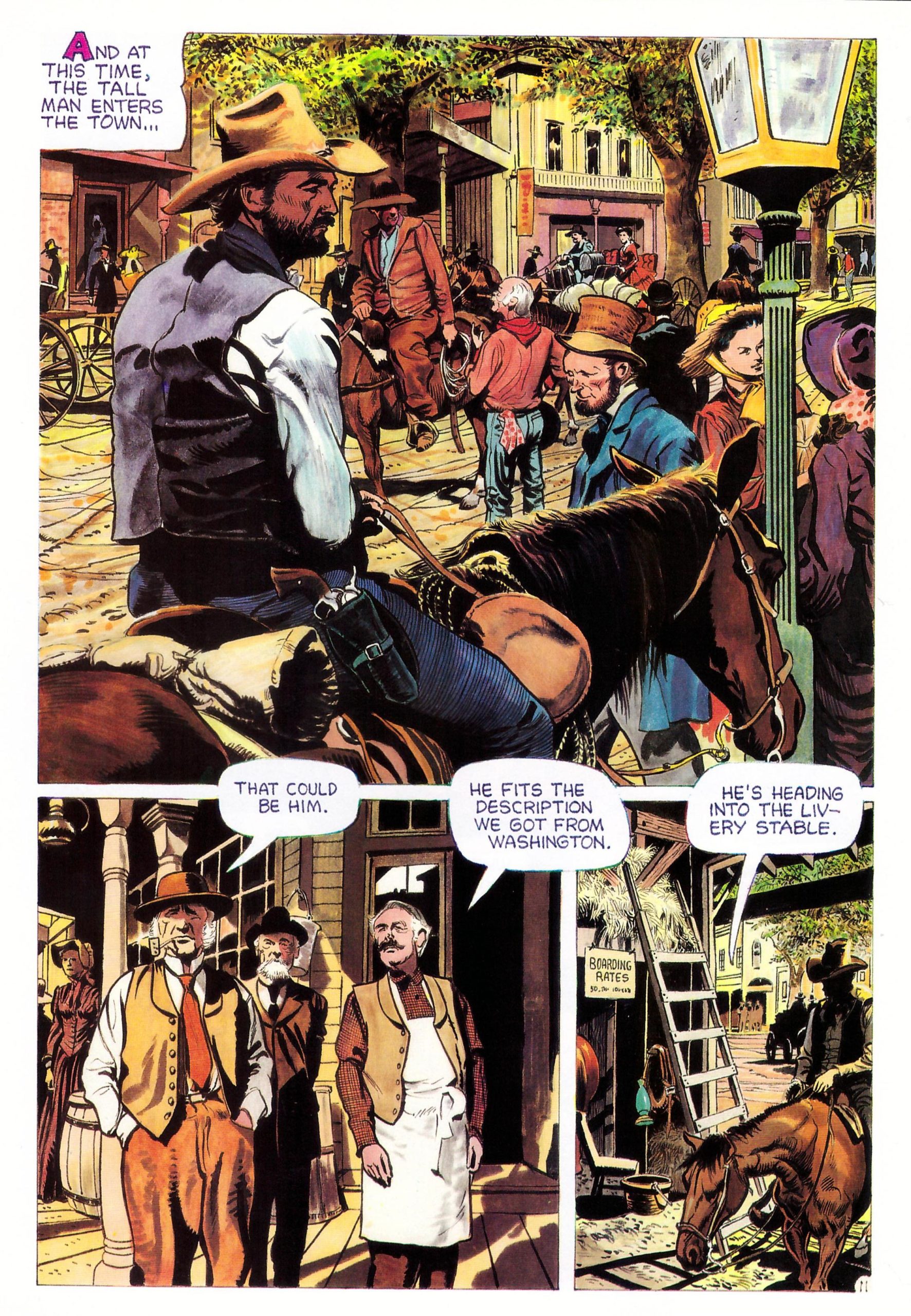 Time’s moved on for Rio since his first graphic novel. He’s now earned his presidential pardon for deeds past, but maintains a reputation as a man not to be messed with. It makes him the ideal choice to be interim Sheriff of the generally peaceful town of Limestone, almost a hundred miles from Kansas.

Wildey threw every situation he’d ever wanted to draw into Rio, as it was possibly the only opportunity he’d have to produce a Western entirely the way he wanted. Given a second bite at the cherry his plot is equally cinematic, also split into three chapters, but far more structured from beginning to end. It’s precisely because Limestone is so quiet that it’s the target for an audacious money grab. The complications come from an overheard secret and the involvement of the former outlaw Jesse James.

Unlike Rio, for this story Wildey painted his colour directly over the inked art, which in the days before computer illustration was a display of complete artistic confidence that no mistakes would be made requiring a page to be redrawn. However, there’s a distinct difference between these vibrant colour pages and the muted version shot from Wildey’s original art for Rio: The Complete Saga. It’s considerable, and while there are pages where it’s just a matter of preference, in others a richness is present here and absent in the more expensive collection. Otherwise it’s an artistic tour de force and storytelling primer, one beautifully composed panel following the next. Wildey cleans up Rio, now having him resemble Clark Gable, and surrounds him with eye-catchingly designed supporting characters, although one slips a little too far into caricature for what’s otherwise a real world. That extends to real climate conditions, and there are some beautiful pages of Rio riding to the rescue in a storm, these nicely placed as a metaphor for the storm simultaneously breaking in Limestone.

For someone whose reputation rests on his art, in comics at least, Wildey was an under-rated writer. Rio Rides Again has a primary action plot, but on several occasions the undercurrents surprise. Wildey thinks cinematically, and that informs both his writing and his art. Westerns are now almost as far from fashion as the times that inspired them, but for anyone who loves them Rio Rides Again is a treat. Wildey takes a third bite at the cherry with Rio at Bay.