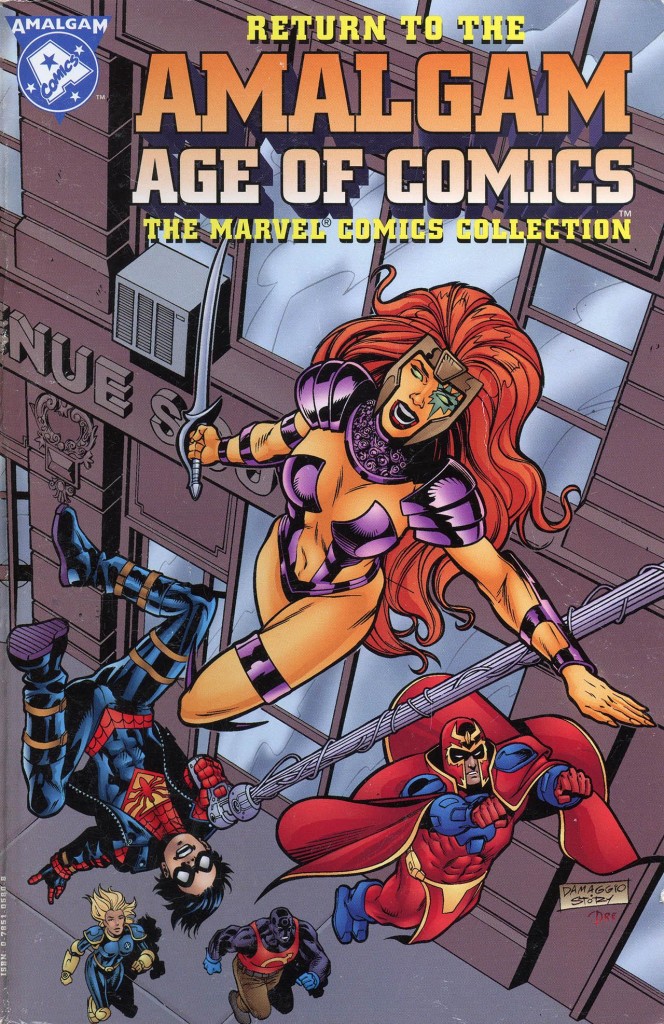 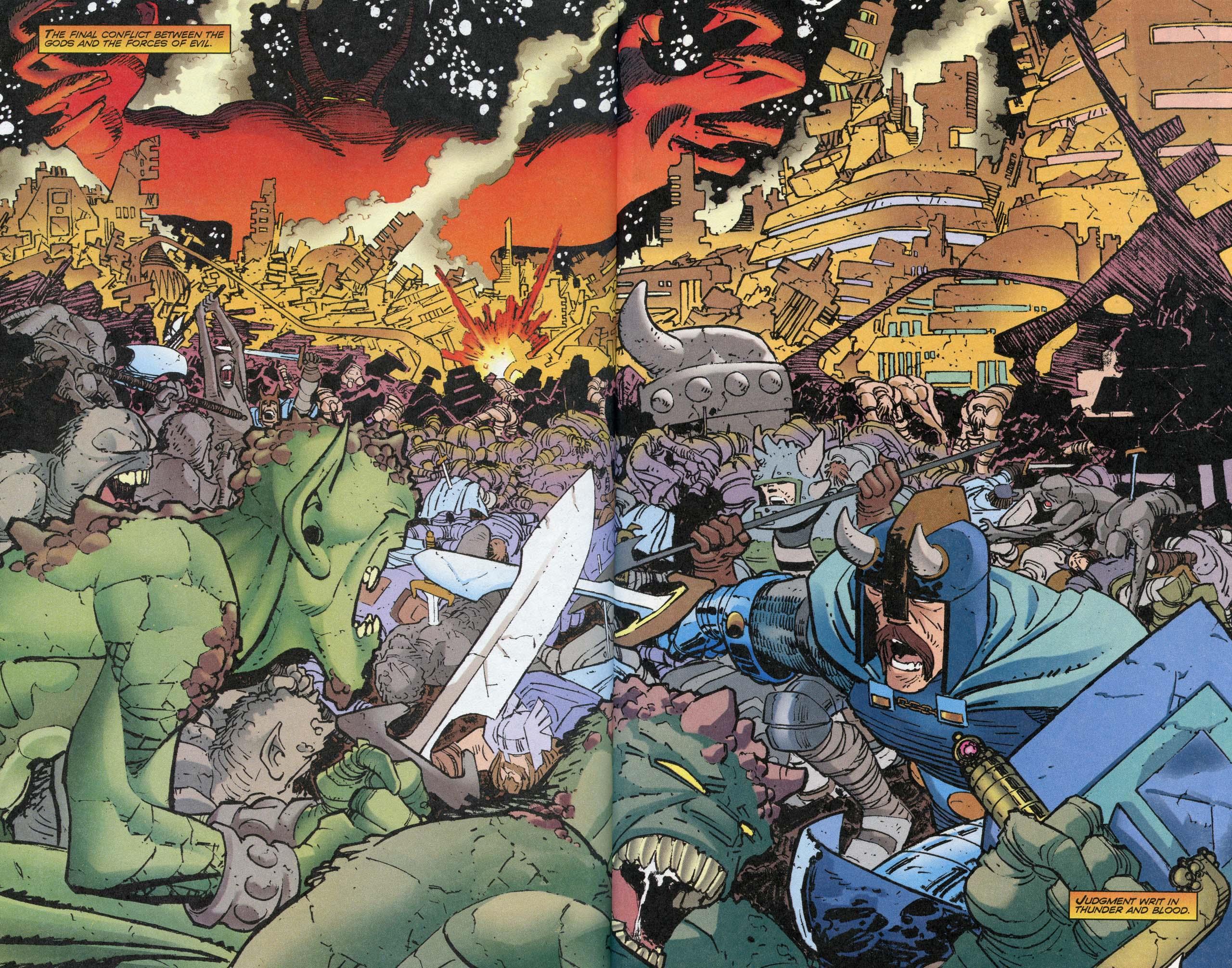 1996’s re-imagined versions of DC and Marvel superheroes merged into new characters was intended as a one-off, but generated enough excitement and sales to ensure a repeat the following year, again collected into two graphic novels. This mixture is of previously seen characters earning a return, such as Magneto and the Magnetic Men, now the Magnetic Men featuring Magneto, and further new creations. That’s now the work of Tom Peyer, who picks up on portions of the previous plot and betters it, although that wouldn’t have been difficult. It’s an average 1990s superhero tale, but Barry Kitson provides some good pin-ups. Magneto vs a tyrannosaurus for one.

We open with the most obvious merger of Marvel and DC characters as the Challengers of the Unknown and the Fantastic Four become the Challengers of the Fantastic under Karl Kesel and Tom Grummett. It’s a good opening statement, and more fun than anything in Marvel’s previous collection as the creators present a reworking of the first Galactus story, but change some significant details to avoid it becoming too predictable.

X-Patrol’s combination of the Doom Patrol and X-Men is illustrated by Bryan Hitch, still very much in thrall to Alan Davis. Those who enjoy their mid-1990s X-Men may be captivated by Barbara Kesel’s plot, others less so. Kurt Busiek’s plot for Iron Lantern is more imaginative when it comes to uniting the villains plaguing Iron Man and Green Lantern than the protagonist, but it’s nicely drawn by Paul Smith in an individual style, yet moving through hints of various artists who’ve illustrated the features over the years. Busiek provides a decent enough pastiche, but no more.

There’s far greater imagination applied to the final two offerings, both of which channel Jack Kirby (as did the Challengers/FF). The return of Spider-Boy is under the creative aegis of writing team Roger Stern and Karl Kesel, and artist José Ladronn. Time travel features as Spider-Boy journeys to the future to meet the teens he’s inspired, but in different incarnations as time changes. Ladronn disciplines his usually expansive storytelling, but proves equally good at a more conventional style of superhero story. It’s a clever use of time travel, and Ladronn puts the effort into designing two largely populated superhero teams not once, but twice. That’s going the extra mile!

Keith Giffen and John Romita Jr (sample art) go for the full Kirby in order to merge the worlds of Thor and the New Gods. It begins with Ragnarok, the death of Asgard and escalates up the scale of wonder and awe from there, the compact plotting economical without skimping and the art stunning. Unlike much of the other content it supplies a complete story, rather than dipping into and out of the characters’ lives, and it’s on an epic and ambitious scale.

As with the second DC published Amalgam volume, this far betters the first outing, with content still worth looking at all these years later, and even the material that doesn’t achieve that status is largely professional.