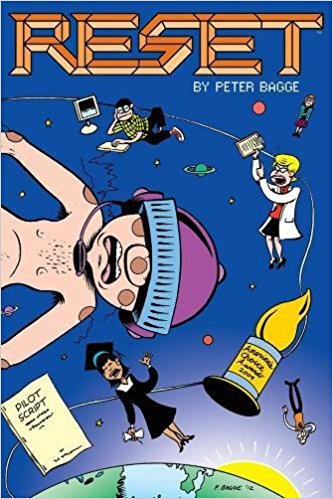 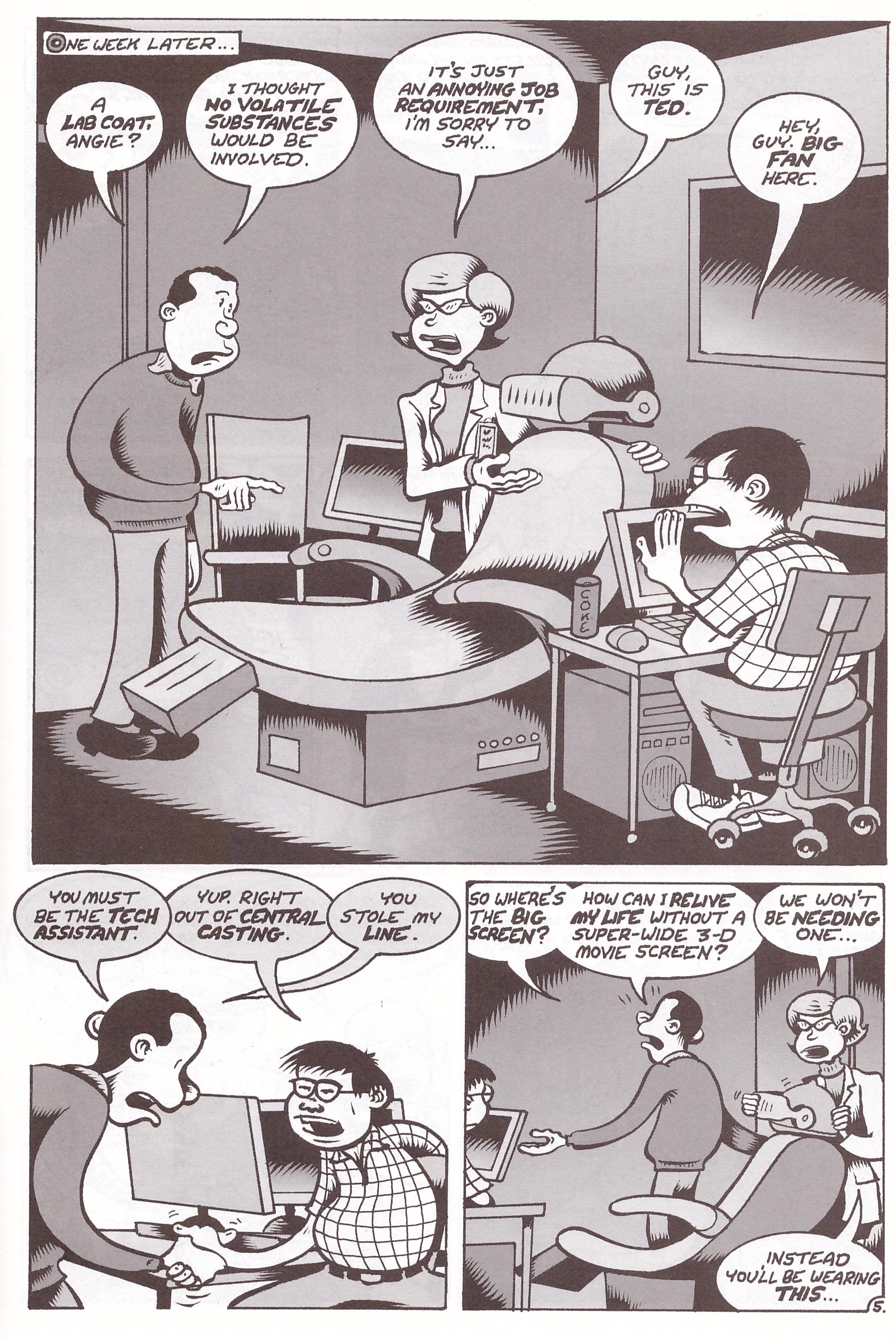 Guy Krause is a man consumed by suppressed rage that emerges in volcanic proportions every now and then. One such eruption resulted in a court order to attend an anger management course, and as a class finishes he’s asked if he’d like to participate in an experimental virtual reality game. The prototype permits a person to re-live their own life and correct mistakes in a virtual world. Krause may be a minor celebrity, a stand-up comedian who progressed from clubs to films, but he’s also screwed up plenty, and his career is on the skids. He learns early that he’s not a random choice as the program requires someone with a publicly accessible life in order to construct a reasonable facsimile, and he signs up. Beginning with an incident at his graduation, an awkward and constantly questioning Krause proves a less than ideal test subject, and by the end of the first chapter we realise there may be good reasons for him to be suspicious.

Peter Bagge has a couple of interesting ideas at the heart of Reset. One involves the eventual revelation, but he’s hit on a universal regret for the other, as everyone at some point in their lives wishes they’d handled something differently in order to ensure variant consequences. Reset may only clock in at a hundred pages, but Bagge’s projects are always densely layered. There’s a lot going on in his cartooning, and his plotting is very true to life. Krause as a washed-up celebrity, yet still with ego from his successful days is very credible, and mysteries are introduced to the proceedings early. These gradually become the focus, relegating Krause and his life to the background, which is a shame as that’s the more interesting part of the narrative. Forced to step back and re-evaluate himself, Krause confronts several aspects of his life head on instead of reeling with punches as he’s done previously.

More so than any Peter Bagge project to this point the comedy could be excised and the plot would still work. Had Reset been drawn by an artist with a traditional superhero soap opera style it would pass as straight drama, and that’s problematical. It’s not funny enough nor trenchant enough to match the best of Bagge’s observational catalogue, which is going to leave fans of his work somewhat let down. Anyone picking this up unfamiliar with Bagge’s previous projects will discover a readable comedy drama.