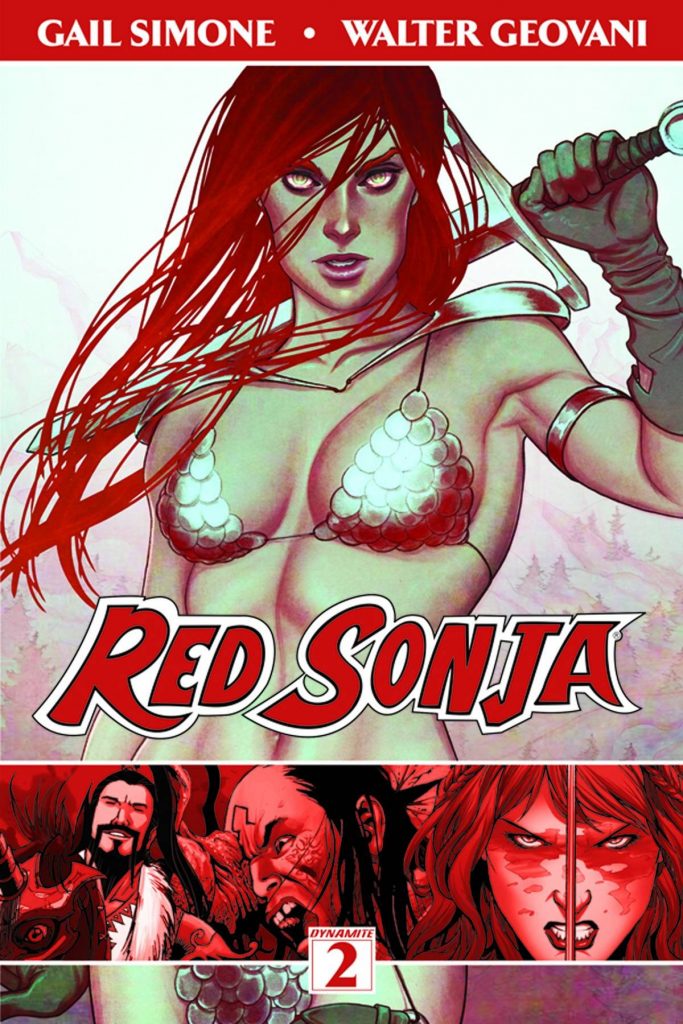 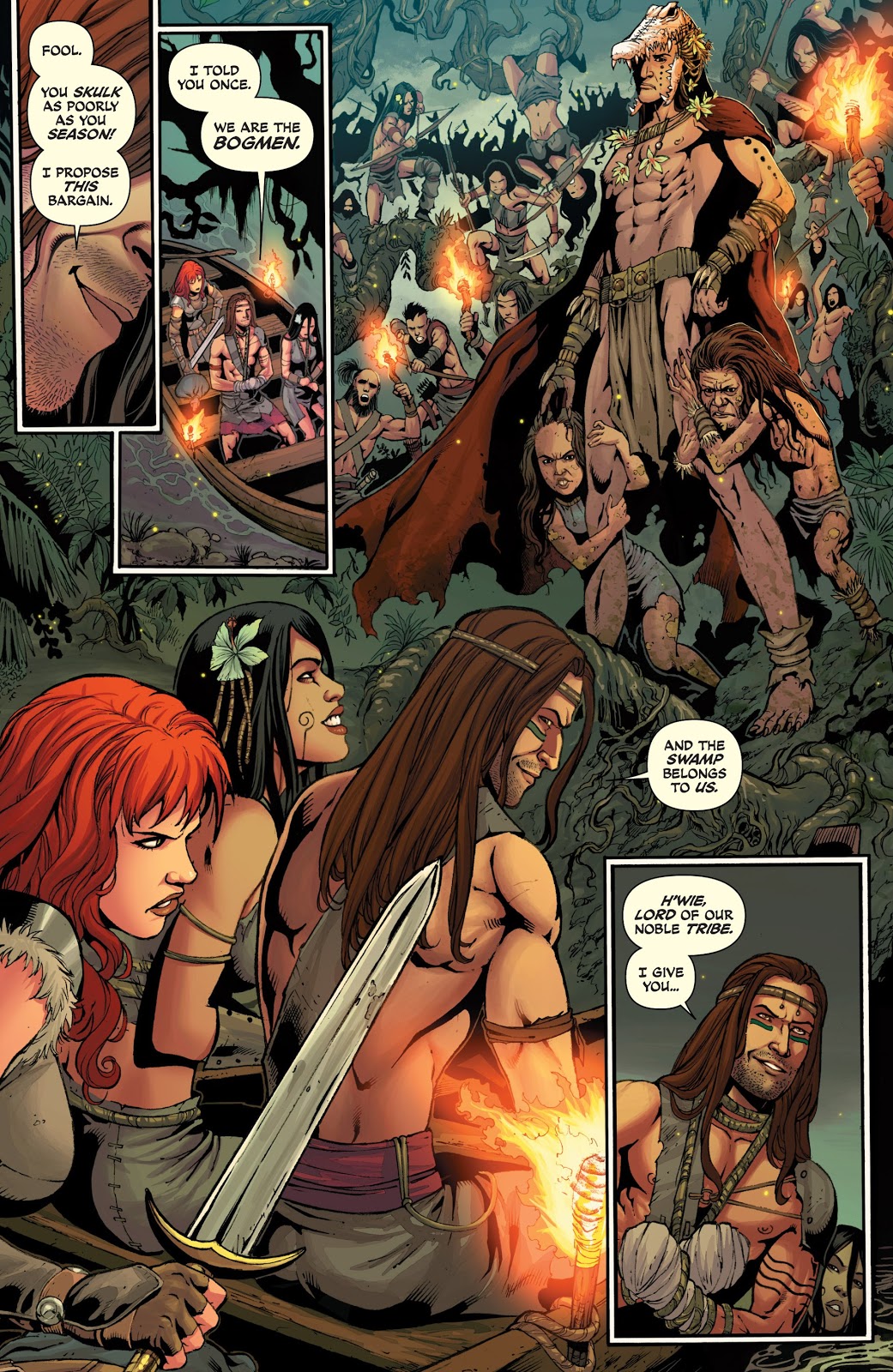 In a society resembling ancient Egypt a king named Samala is aware he’s dying. In addition to constructing his own excessive monuments, he wants a party that will be remembered through the ages, for which he needs half a dozen different specialists. With money no object, Sonja is tasked with locating them and bringing them to Samala, and given good motivation for following the mission through. She has a month.

A quest is bread and butter to sword and sorcery/fantasy tales, and over six chapters Gail Simone and Walter Geovani have Sonja retrieve the specialists while constructing interesting individual tales around them. Simone’s plots are clever, toying with audience expectations, then shredding them on several occasions, not least via a jokey subverting of an old plot used from Sonja’s Marvel days about never sleeping with anyone until they’ve bested her in combat. Simone makes it clear this isn’t that Sonja, who has a healthy attitude to sex. The collection cover notwithstanding, Geovani keeps well clear of old exploitative problems despite that, depicting an alluring woman without resorting to sleaze, not even during the well foreshadowed bathing scene or when the old chainmail bikini makes a temporary return. Beyond that Geovani imprints Sonja in whatever location she finds herself, and these vary considerably from the hardship of the swamp to the luxury of a palace.

Not all those sourced by Sonja are willing to accompany her, and over the course of the story Simone introduces several concepts alien to Sonja. These not only cement her in her era, but provide a knowing wink to the audience, as does the conclusion. We can be sure everything won’t go as planned, so it’s just a matter of how things screw up, and Simone doesn’t disappoint on that score, providing an epic finale. Queen of Plagues was good, but The Art of Blood and Fire is better, and that really whets the appetite for Simone and Geovani’s next offering The Forgiving of Monsters. All three are to be collected in November 2019’s hardcover Red Sonja: The Complete Gail Simone Omnibus. 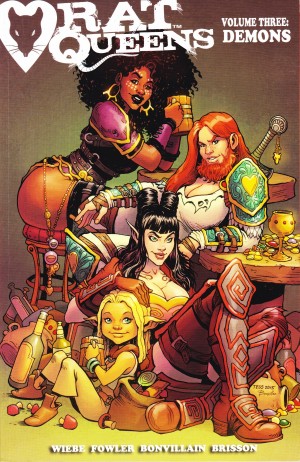