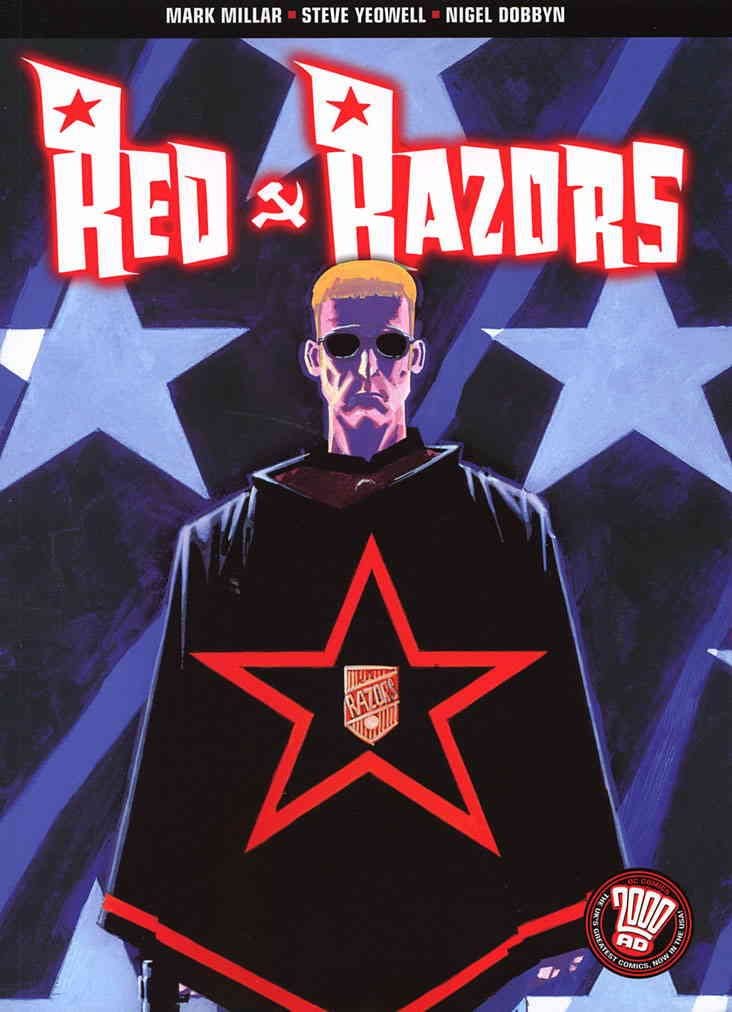 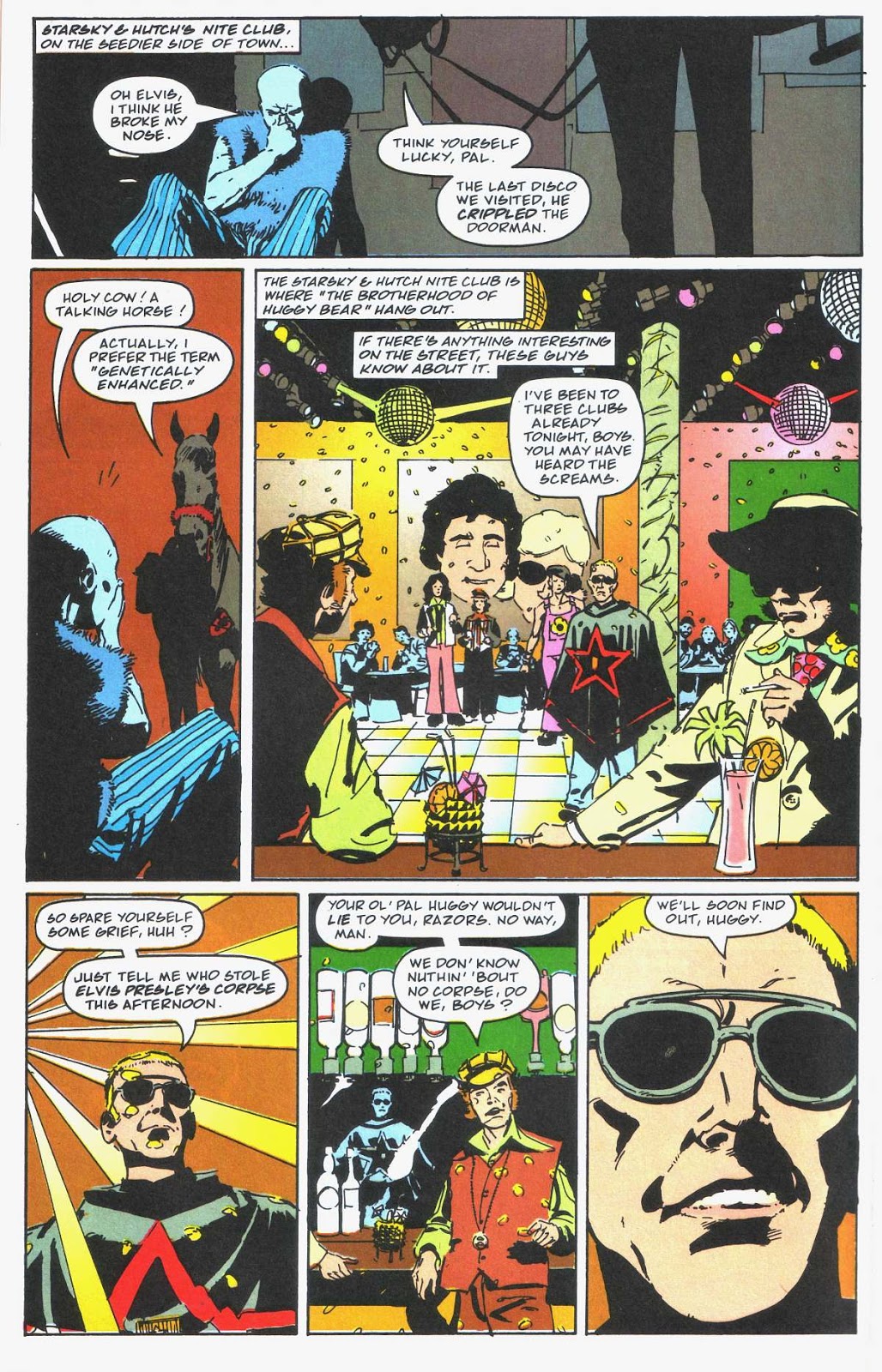 Set in Judge Dredd’s world, Red Razors is a look at a Sov Block some time after the events of the Apocalypse War. While much of Mark Millar’s background is pulled from Dredd’s world, he twists it enough to ensure this isn’t simply a Russian copy. For instance, as it’s believed crime is so dangerous, the reasoning is why should honest citizens risk their lives protecting others? Instead captured criminals are given some brain adjustment and dispatched to maintain the law. Razors is among them, once a gang member, now cutting a fine dash in a red star poncho, as designed by Steve Yeowell, riding a talking horse inevitably named Ed.

Millar’s Sov-Block is beset by an American cultural invasion, but the mid to late 20th century touchstones are far too easy, although given how Elvis Presley’s estate have a lot of lawyers, it was a brave move for 2000AD to let him have Elvis’ corpse robbed by Elvis impersonators. Offsetting this are a bunch of oldsters whose vision is to restore the glory days of Stalin. The idea of the John Major comedy club is funny, as is a thirteen year old Chief Judge seemingly drawn by Yeowell as a young Eminem, partly a joke because it’s not Eminem but the now long forgotten Adamski, but both are already severely dated references. Not much else about Red Razors is as funny as intended, being forced whimsy often dependent on cultural reference, some of which serves little purpose other than flag waving to draw attention. A Scooby-Doo pastiche, for example. At times Red Razors reads as if a fake laughter track was intended.

Yeowell’s compact art (sample) goes a long way to disguising the hollowness, full of nice visual touches, neat character designs and well composed half and full page illustrations, although the colouring is plain grim. If Yeowell’s strip has a level of incoherency, that’s as nothing to what poor Nigel Dobbyn had to make sense of. Dobbyn’s art isn’t as understated, but he’s also stiffer, and has a lesser sense of what’s important in a panel. Still, his faults are minor compared to Millar. Whatever his mind was on, it wasn’t this story. For much of the strip the lines read as if produced by some tough guy dialogue generating program, and the plot, such as it is, concerns Razors with a bullet or two lodged in his brain going rogue. This is excuse enough for the entire Sov Block to be put on lockdown, and waddya know, a single man is wilier and tougher than the entire combined Justice Department. There’s a ‘surprise’ guest appearance (think of the most obvious character you can), and while the pop culture references are gone, just a void remains. Millar obviously didn’t care, so why did he bother?

An unpleasant and ultimately pointless coda closes the book. Millar had moved on, and wasn’t interested. The first story was produced as the Soviet Union crumbled in 1991 and Vic and Bob were the hipster’s TV show of choice, so perhaps it was briefly in touch with the zeitgeist, but that’s long expired, and there’s nothing to redeem the second. Genuinely, nothing. 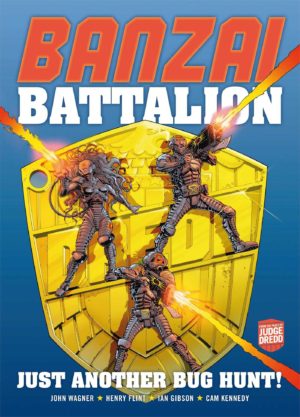