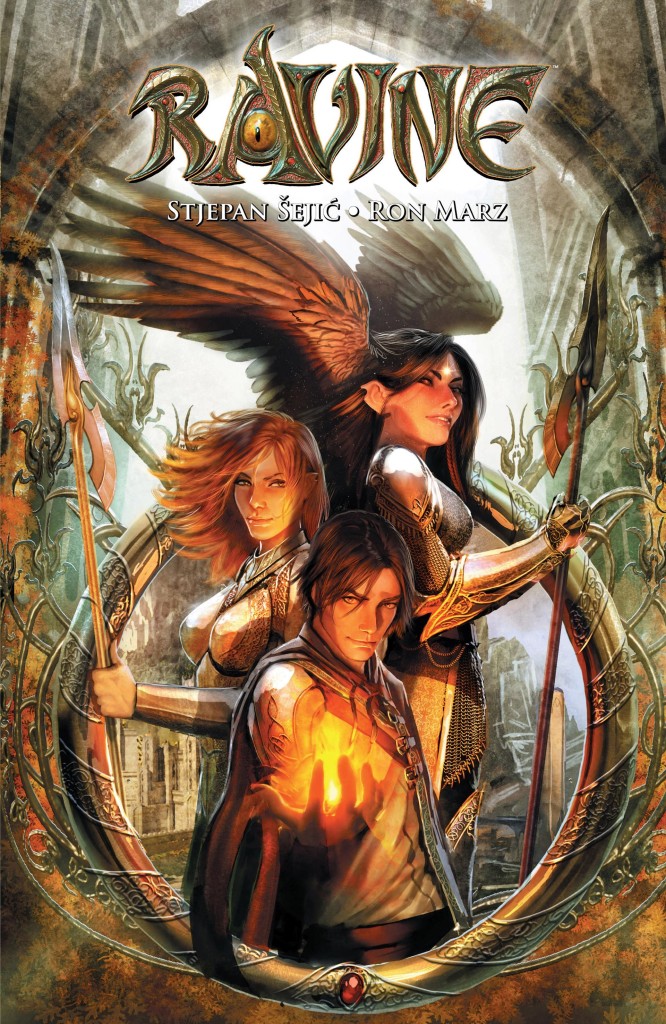 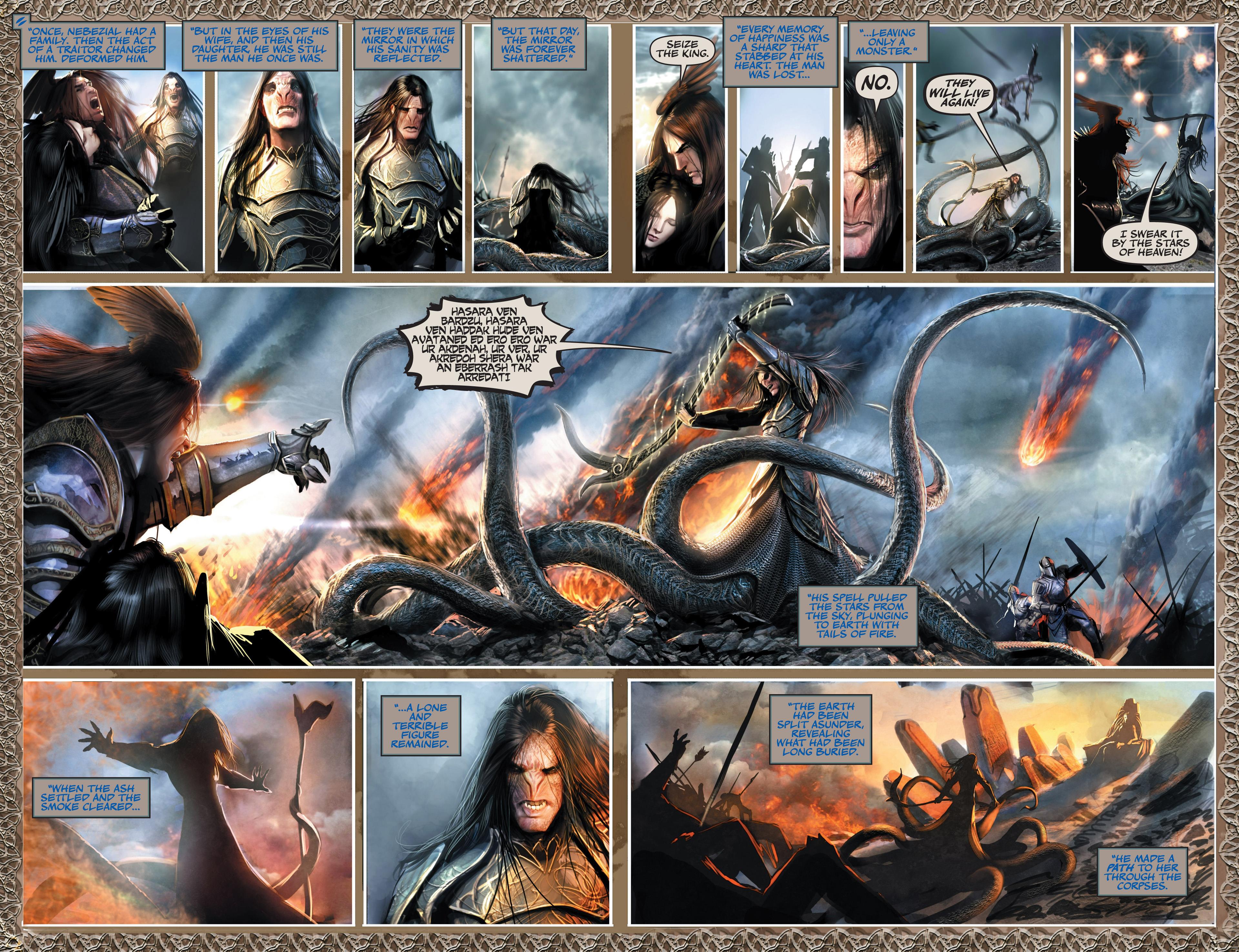 Stjepan Šejić was the longest running artist on the Witchblade series before conceiving this sprawling fantasy in which he’s invested a lot of belief, time and love. It’s not been reciprocated by a large enough audience, and reading this confusing introductory volume it’s easy to see why.

Anyone who loves Šejić’s art can have no complaints. There’s a scale to it, resembling latter day packs of figurative tarot cards, all hooded characters, alluring redheads and posed figures with swords, embedded in mystical designs and swathed in pale blue and gleaming silver. Technically it’s very good, but isn’t as efficient when it comes to telling a story.

Nebeziel Asheri opens the book having survived a coup attempt led by his daughter and her husband following his transformation from genial and wise king after the murder of his wife. His choice of new consort is a demon queen resurrected from her eternal sleep. That, however, is but a prelude and neither are seen again for 75 pages. Skip forward. Asheri’s chief foe now appears beyond the realm of the living and bonded with a young sorcerer in a neighbouring land. Šejić keeps adding to the cast. Some can transform into dragons, while others seek to to tame or control dragons, viewing them as the path to power. At the midway point there’s a two page text and illustration info-dump about assorted dragons and their capabilities.

Ron Marz is credited as co-writer, but he’s a man who knows how to structure a solid story, so it would seem his task is to take Šejić’s painted pages and provide English dialogue from notes provided by the Croatian artist. He struggles.

The epic scope of Game of Thrones is the obvious touchstone. The TV show may not be to all tastes, but provides spectacle, treachery and surprise, and this is the case because the cast have been well introduced and established. Šejić just throws in a new character whenever a rescue or sub-plot is needed, and there’s little time to build any sympathy for any of them. When a glossary at the end of the book is required to define all the made-up words and a further two pages to set the main cast straight, something’s running out of control.

To lead us into a much improved volume two a vast cast has been introduced, several with totemised weapons, demons have the upper hand, a land is under siege and mystical jiggery-pokery is afoot. 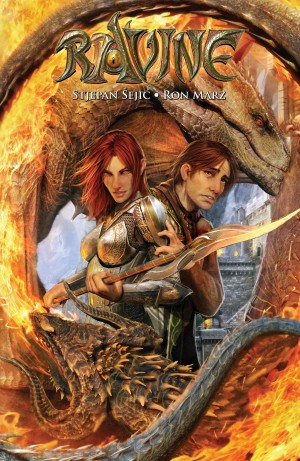