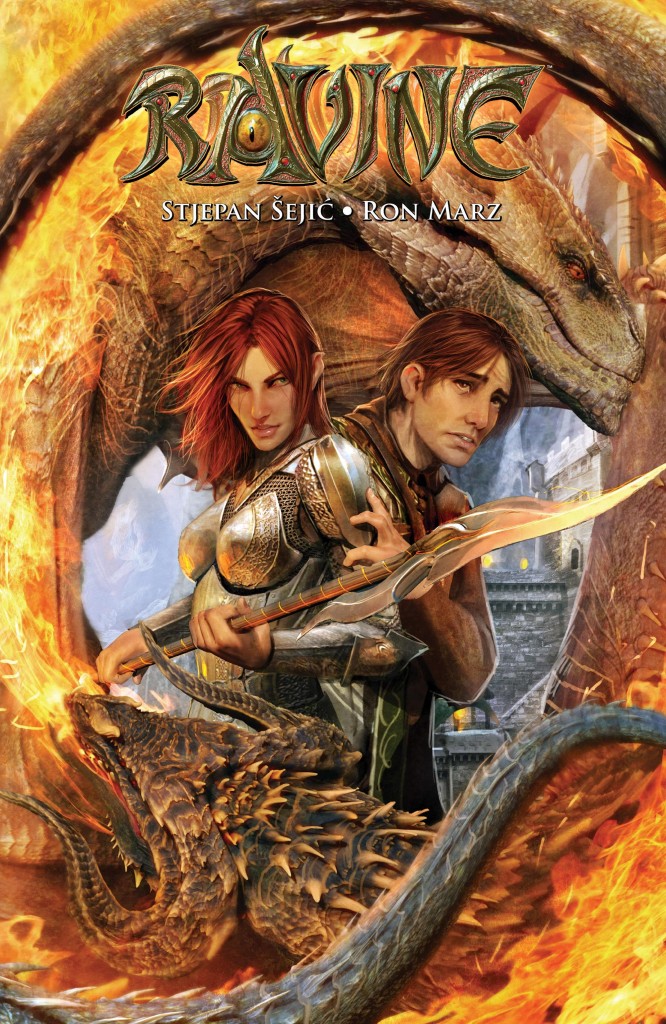 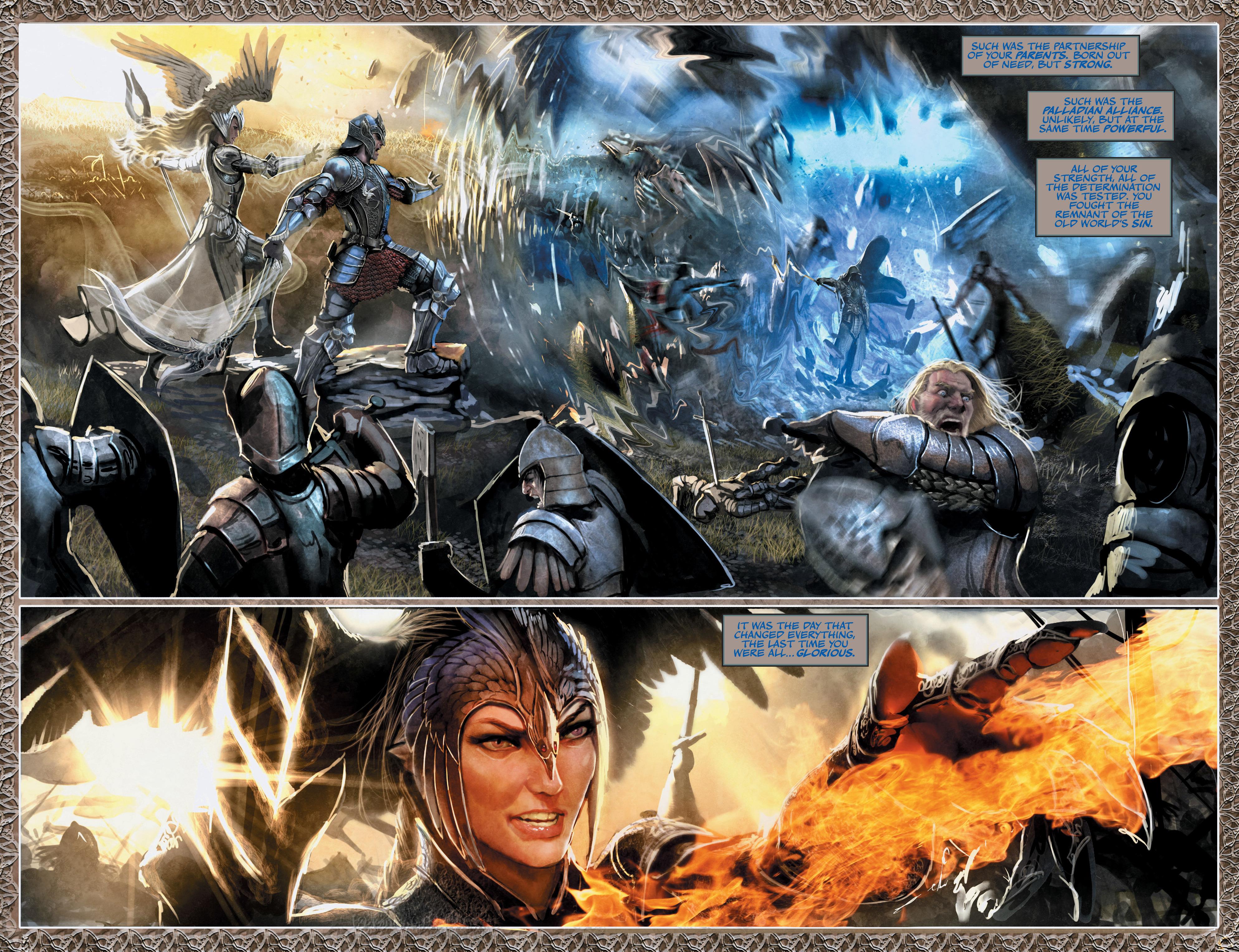 The opening volume of Stjepan Šejić’s sprawling fantasy saga introduced a bewildering array of characters, situations, lands and abilities. It was confusing, and gave the distinct impression of Šejić having a plot escalating out of control. With this second volume the multitude of elements begin to knit together and make a little more sense, there’s a greater focus, and several explanations come early. Apparently not early enough to save the series, though.

In this world Wanderers are seemingly randomly selected people who free a weapon attuned only to them, known as a grimlas, which can take assorted forms. This weapon is possessed by a spirit of the fallen that can communicate with the bearer. At the conclusion of volume one, two Wanderers met, their grimlases coincidentally possessed by a pair of lovers whose rebellion against a tyrannical king failed almost a century previously. Trained warrior Lynn De Luctes is the more physically capable, but Stein Phias has considerably more experience at keeping his head down and unobtrusive, relying on misdirection and concealment.

The bigger picture is a kingdom beset by dragon raids of evil intent, and strong suspicion that the threat is an internal power play rather than an external invasion. Unfortunately those under scrutiny hold power on the ruling council, so direct action is ill-advised. Furthermore in an associated kingdom there are concerns about who will ascend to the throne.

As with the previous book, the model for this dragon-heavy fantasy spliced with with political intrigue is obviously Game of Thrones, but the storytelling has improved greatly. With regard to the art there’s never been any question about Šejić’s technical skill, nor his ability to supply the spectacular, but in volume one design and the breathtaking image were frequently the priority at the expense of clarity. That’s changed. The imagery remains impressive, but suppressed when the story needs to move forward.

This is at a glacial pace. Šejić is striving for the epic, and a vast cast move around from location to location bumping into each other, but with greater purpose in this book. Lynn and Stein’s joint journey takes precedence over other characters, growing into their personalities. It’s uncertain from the credits how far Ron Marz contributes to the plot, but his dialogue has gradually become lighter on occasion, and he constructs a good bantering relationship between Lynn and Stein. Revelations about both occur as the story and their journey progresses.

With the tale barely begun over two books, it came shuddering to a halt. Šejić’s social media comments indicate sales couldn’t justify his commitment, but that he intends to continue the series online. It’s likely that a first volume at times barely comprehensible ensured far fewer potential buyers for this second improved selection. Fans of Šejić’s art will be well rewarded, and he ends the book with a text and illustration sequence providing further background information.