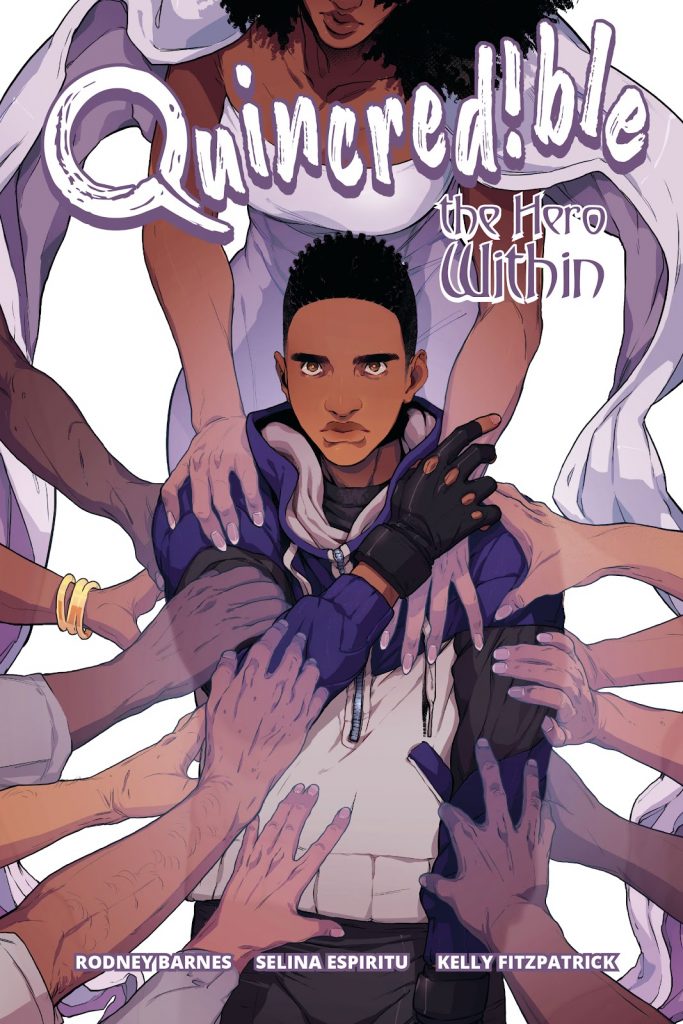 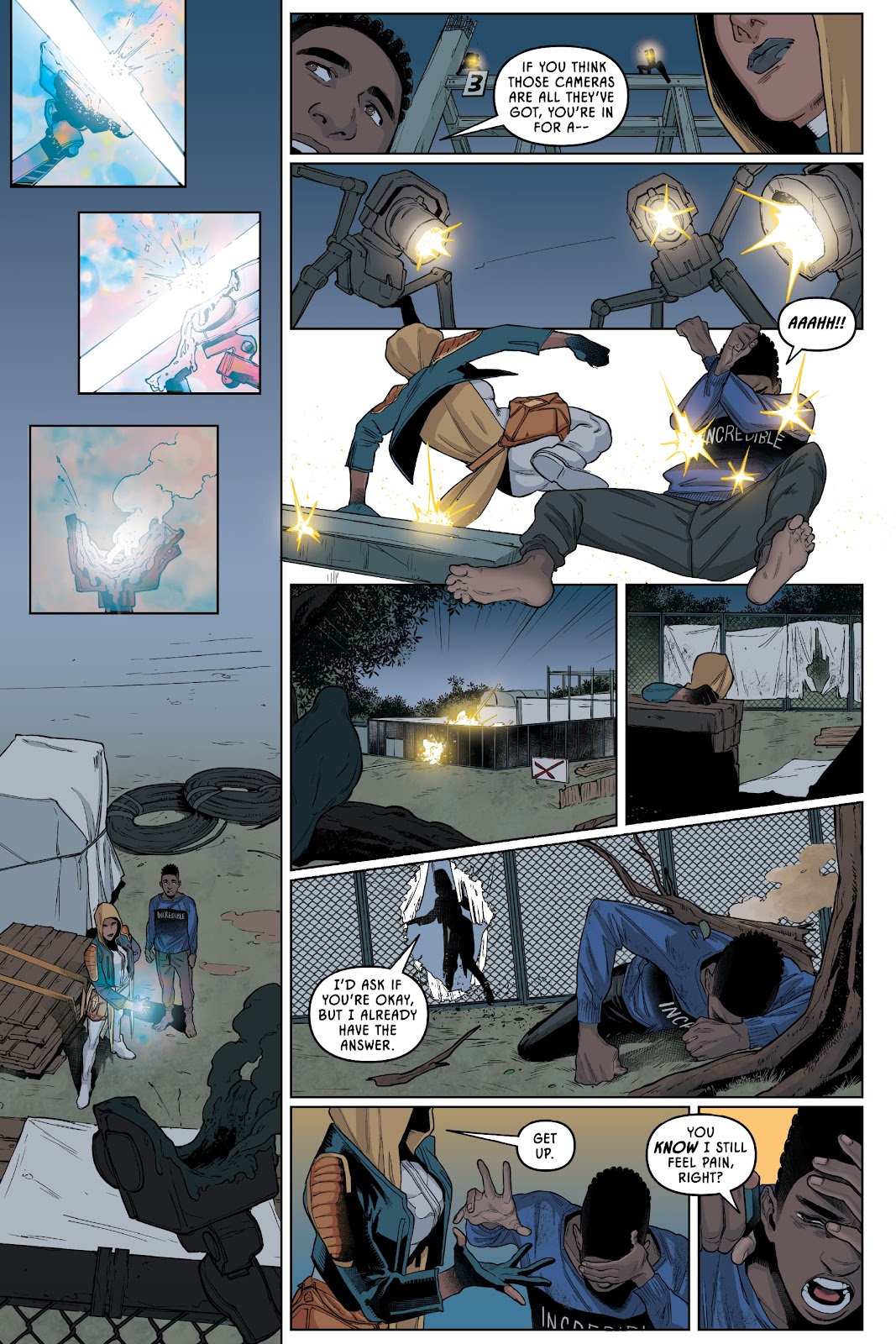 The Hero Within is the second Quincred!ble graphic novel, but it doesn’t continue directly from the ending of Quest to be the Best. The opening pages recap significant events elsewhere in Lion Forge’s superhero universe, but they don’t impact greatly on what follows. Creditably, Rodney Barnes doesn’t re-run what he presented before, an option open because Quin isn’t proactively searching out villains, but just reacts to what’s thrown at him. It’s a distinction that can involve him in the worlds of ghosts and voodoo, where he’s contacted by the dead.

The theme also gives artist Selina Espiritu a different challenge. Because Espiritu doesn’t use light and darkness contrasts this time she’s more dependent on colourist Kelly Fitzpatrick to set the tone. Fitzpatrick ensures past and present can be distinguished through washes of a single colour. Espiritu’s strong storytelling still shines, prioritising the narrative needs rather than showing off, and there’s some thought to the emotional content via expressions and the way people are posed. Quin just lounging around is notable.

Barnes emphasises that Quin’s a teenager first and a superhero second, and is very good with moments of uncertainty, such as having to come to terms with strong feelings for Brittany that don’t seem to be reciprocated. Also good is that Quin’s parents are aware of his powers, and are curious and supportive, while wondering what practical guidance they can give to someone able to do what Quin’s capable of. Let’s hope Barnes has no intentions of taking the cheap shock route by killing one or both, as what he’s introduced works.

Two strands converge for the action elements. There’s Brittany’s missing aunt, and a developer determined to build on swampland employing armed security massively above the usual needs for a construction site. The reason why shifts Quin well beyond his comfort zone, and while the villain of the piece is a little generic, their downfall is a tidy harmonising of the spiritual with science, the light with the dark and the past with the present.

For two collections now Quincred!ble has brought some joy back to the darkness of superhero stories, and anyone who likes their superheroes to be fun should pick it up.