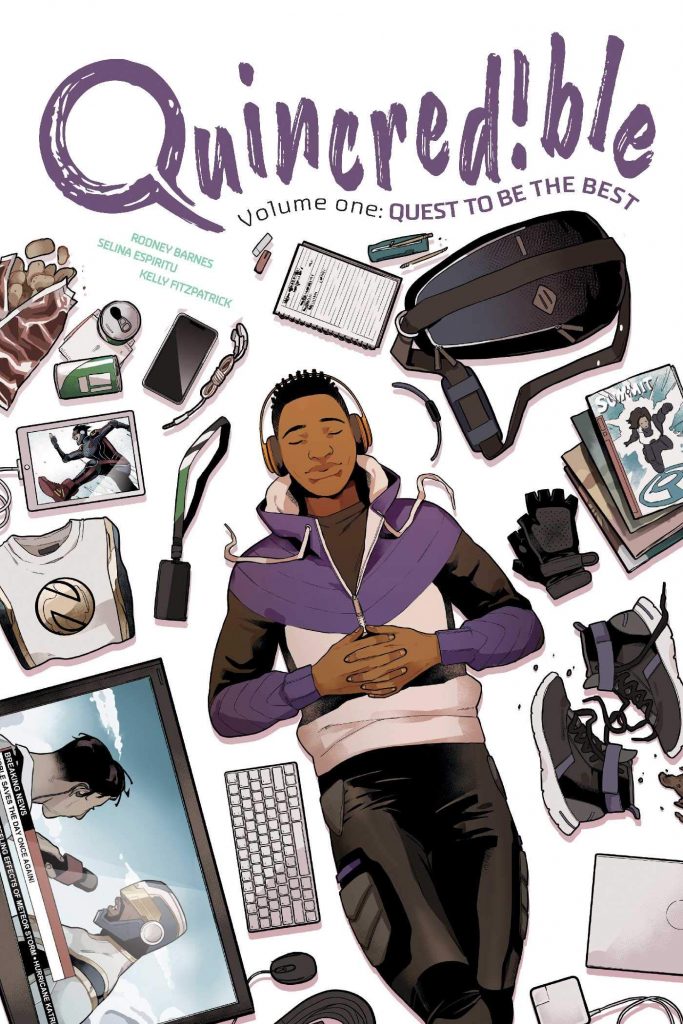 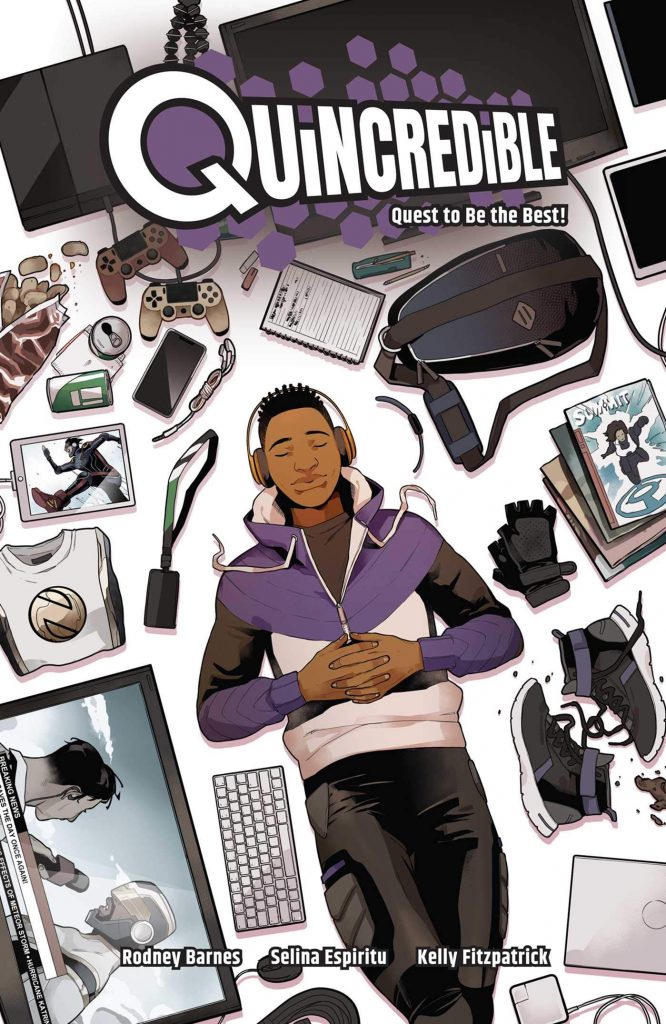 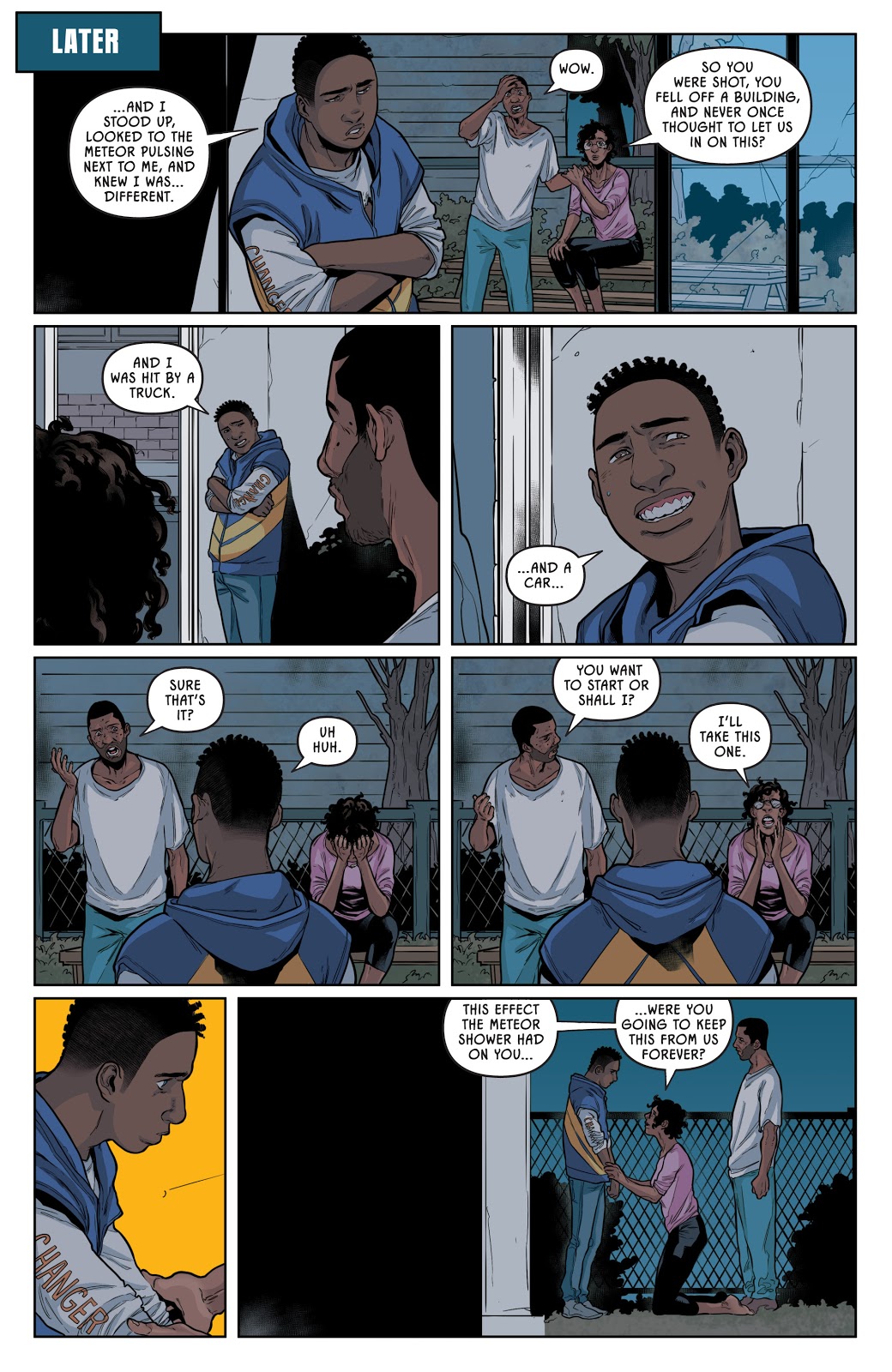 Quin is somewhat isolated, but otherwise not far removed from the typical teenager. He’s smart, wishes he had a girlfriend, and cares for his New Orleans home, a city that’s seen a fair amount of tragedy in the 21st century. This is in a world where superheroes exist, and one where a devastating meteor shower followed Hurricane Katrina, the superheroes manifesting after that. Quin also has a super power: he can’t be hurt, being physically invulnerable. Rodney Barnes fudges the reason as it’s largely irrelevant. It’s useful to Quin when the neighbourhood thugs pick on him, but he notes that as super powers go, it’s not a world saver.

Barnes may not be greatly known by comic readers, but a long career in TV writing is apparent in the smooth confidence of the storytelling and the clever way he turns some aspects on their head. Quin’s assertion that invulnerability isn’t much of a super power, for instance, is reversed the first time he meets an actual costumed superhero who’s amazed at that negative attitude. Barnes also nails the teenage self-doubt and how no-one gets results without putting in the effort. He guides readers through Quincred!ble really well, always creating surprises from what should have been obvious.

Like Barnes, Selina Espiritu is a new name, but she’s extremely talented, a natural when it comes to telling a story clearly, with an attractive style and a nice way with design as well. Some of the superheroes who turn up late in the story are generic, but Glow, the person who Quin hangs out with the most, is really distinctive, and that also applies to the digital enhancements when her powers are used.

While Quin is integrated with other superheroes from Lion Forge’s Catlayst Prime universe, he’s always central and never overshadowed by them, but on the other hand, what happens to some characters is predictable. In essence Barnes and Espiritu are working the great power and great responsibility schtick from Spider-Man that’s pretty well defined any teenage superhero since, but it’s done with considerable skill and charm. There’s a lot of promise to The Quest to be the Best and second outing for Quin follows in The Hero Within. 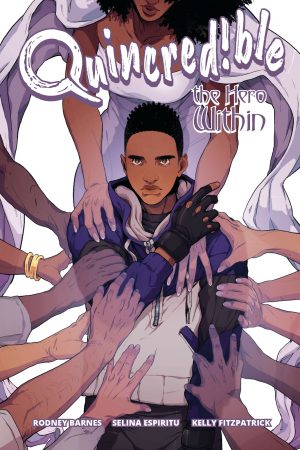 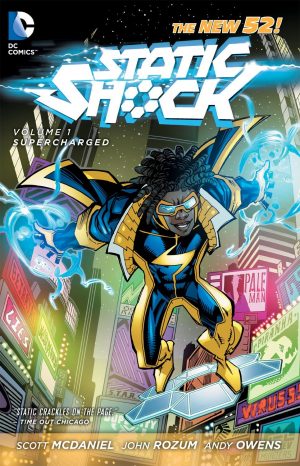 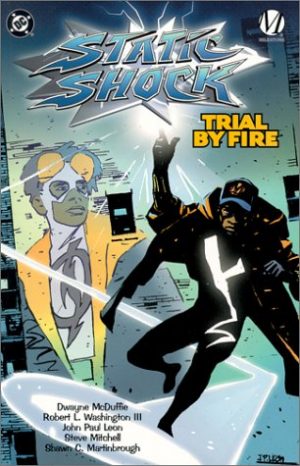