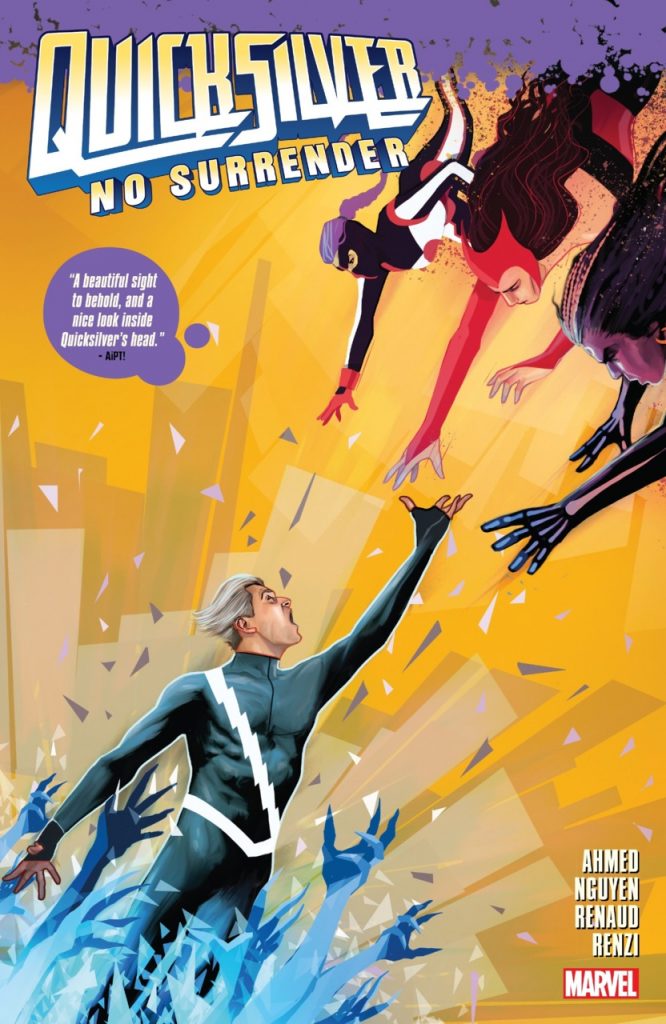 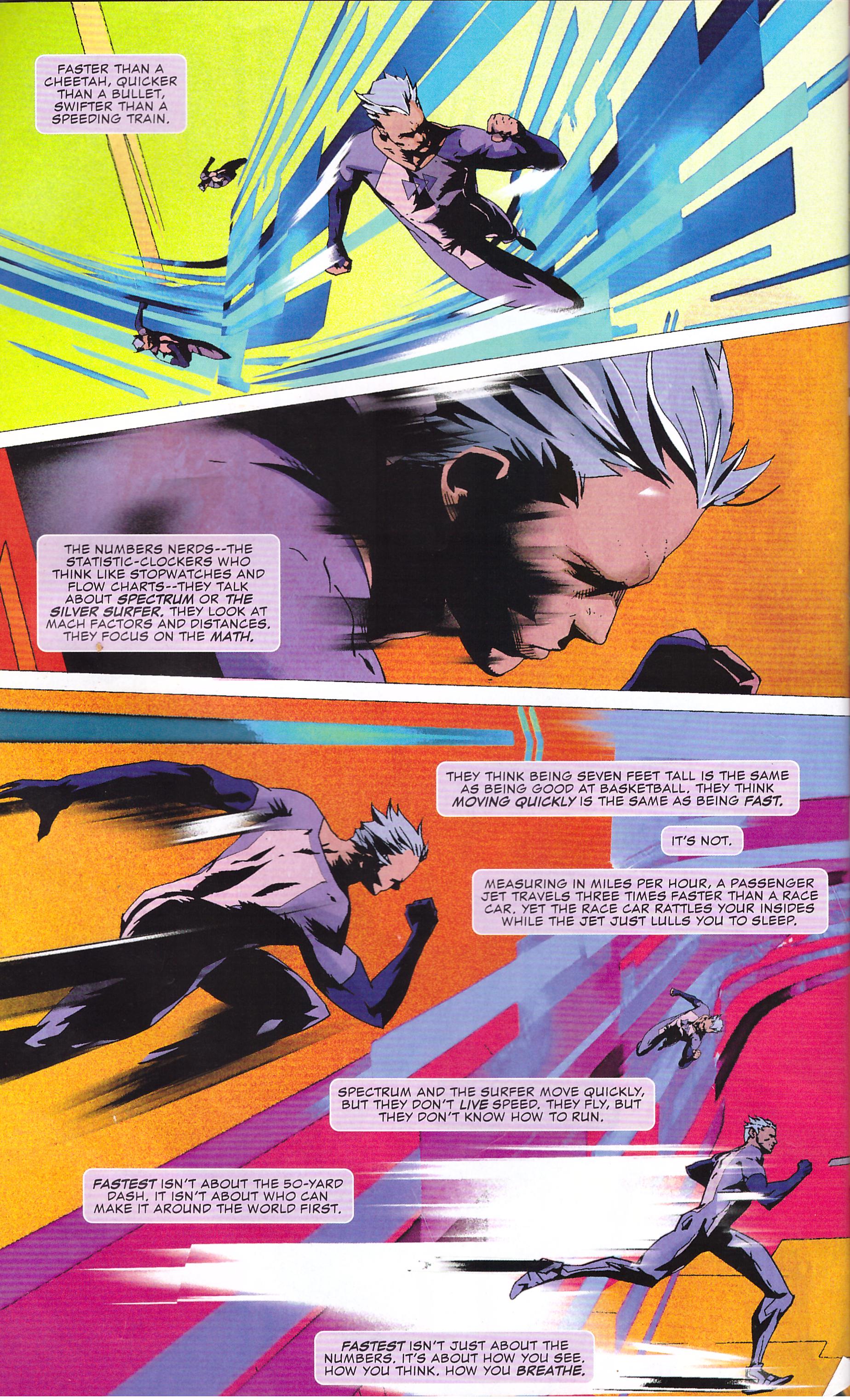 The No Surrender title is because Quicksilver’s solo graphic novel ties into a bigger Avengers story of the same name, although only just. His already prodigious speed accelerated, Quicksilver saves the world early, leaving him adrift in a version of reality where he still zips about at super speed, but everyone else is motionless.

The earliest impression is created by Rico Renzi’s garish colour over Eric Nguyen’s angular illustrations of Quicksilver running around the world, as seen on the sample art. It’s so vivid, the colours clashing so much, that the assumption might be it’s some kind of production error, but that’s not the case. Colour is an important defining point to Quicksilver’s perceptions as he views the world at speed, and the still place where he’s eventually thrown is defined by its lack of colour, everyone just hollow outlines. Nguyen’s art is sketchy, his Quicksilver unappealingly pointy all over rather than having a human softness, with only a brief respite for Paul Renard’s better looking middle chapter. He draws Quicksilver like Nguyen for the sake of consistency, but there’s an elegance to other people.

In case you missed it, Marvel have again messed with the origins of Quicksilver and his sister the Scarlet Witch. This year they’re no longer Magneto’s children, but the result of genetic tinkering on the part of the High Evolutionary. See Uncanny Avengers: Counter Evolutionary if you want to know more. Saladin Ahmed addresses this and several other matters that have occupied Quicksilver over the decades as he monologues along to a plot in which he’s threatened by super fast colour blurs, seemingly variations of himself, but attempting to kill those he knows and loves. It’s a tired plot. Ahmed re-runs the contradictory preoccupations aired in so many previous stories featuring Quicksilver, giving a literal presentation of the adage that he’s his own worst enemy, and when it becomes too tricky for him alone, the Scarlet Witch conveniently manifests.