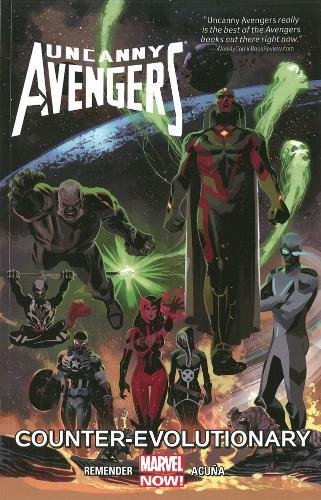 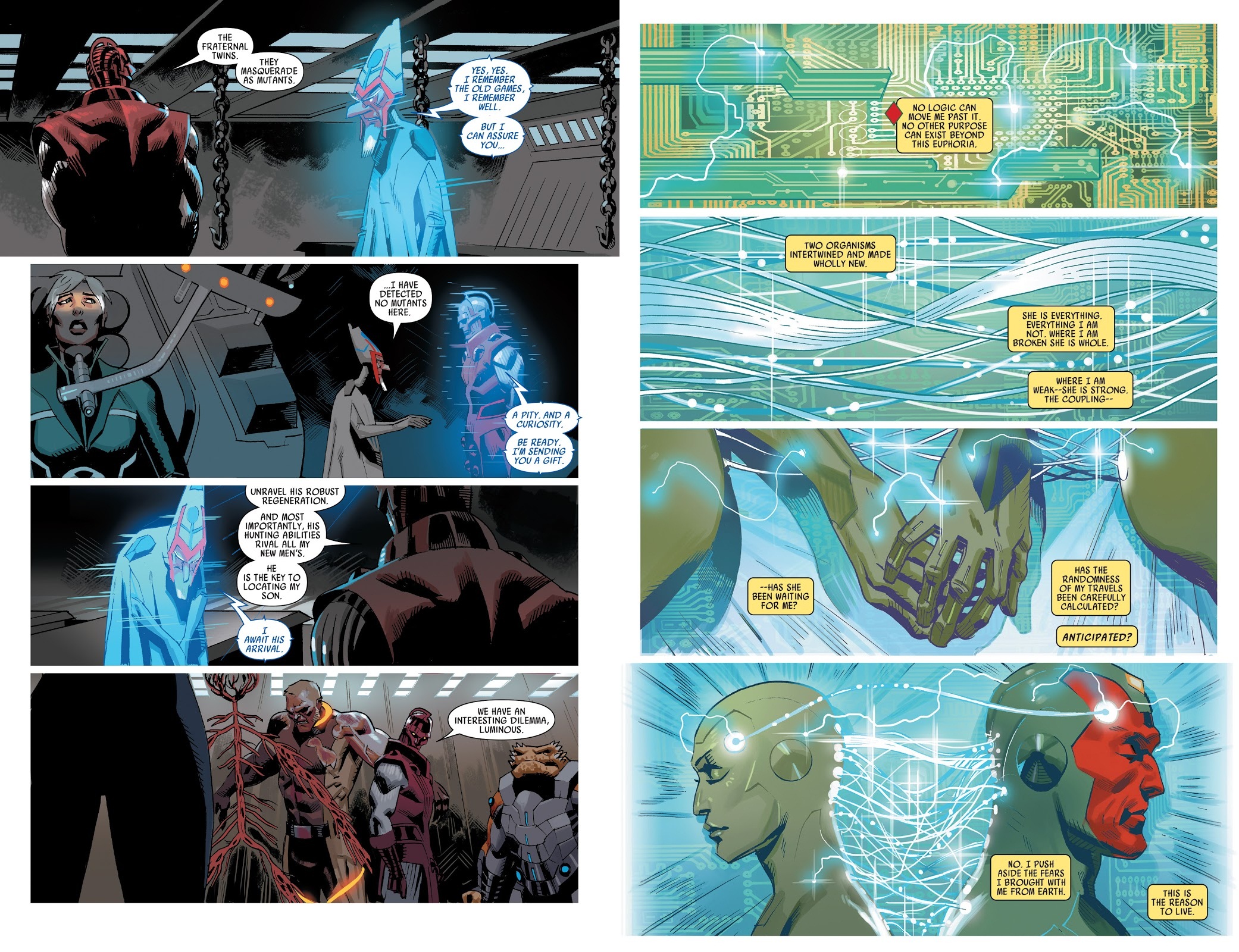 The Uncanny Avengers continuity weaved from their first run into Axis and emerged with Counter-Evolutionary, much having changed about the team. Havok is absent for what seems like extraordinary circumstances when an explanation is just tossed off in passing, while Thor and Wolverine are no longer available, but substituting are Doctor Voodoo, Vision and Sabretooth. He’s a contradictory personality, allegedly now filled with remorse over his callous slaughtering past, yet remaining surly and provocative.

Rick Remender’s plot concerns the discovery by Quicksilver and Scarlet Witch that apparently Magneto isn’t their father after all, and a deception has been perpetuated for years. Both were raised in the vicinity of experimental geneticist the High Evolutionary, who went on to occupy an alternate Earth and populated it with humanoid animals. It’s on Counter Earth that Quicksilver and Scarlet Witch begin their enquiries, and to Counter Earth that the Uncanny Avengers, or more correctly the Unity Team, follow them.

Daniel Acuña’s work on The Avengers has been noteworthy, and there are enough pages over the course of Counter-Evolutionary to remind us of that. However, there are also plenty of pages lacking the magic, looking ordinary in fact, as if the compensation for the interesting work is rushed layouts and rougher figures elsewhere. Acuña has always provided depth to a crowd, and while he doesn’t skimp on such scenes here, the definition is lacking.

Remender’s superhero work consistently has a science fiction influence. He deals in big, thought-provoking ideas, and a world that’s been entirely created by a scientific genius is a canvas ideally suited to him. He separates the Unity Team on Counter-Earth, and each explores a different environment. Remender has more sympathy for some ideas than others, but having picked that route he needs to find a role for every team member, and Doctor Voodoo’s in particular comes across as contrived. What Remender does with Vision, however is great, and surely something to be picked up on somewhere along the line. There are also some good Sabretooth moments, and the idea of the High Evolutionary instantly aware of what people are genetically is nicely played. However, is once again opening the can of worms that is Quicksilver and the Scarlet Witch’s true parentage a good idea? It sets the entire plot in motion, and offers some astonishingly callous comments from the High Evolutionary, but a resulting new character Luminous doesn’t have much to offer, and while there’s a good ambiguous ending the price to be paid will surely be endless false trails for years to come.

On balance there’s still more good than bad about Counter-Evolutionary, but both creators have been better.