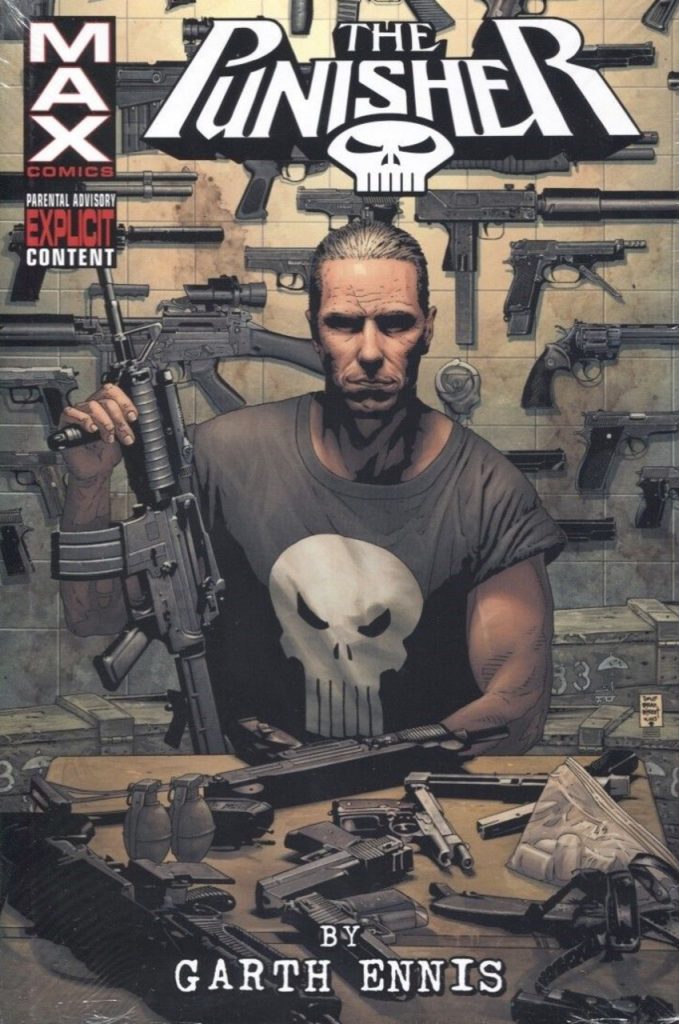 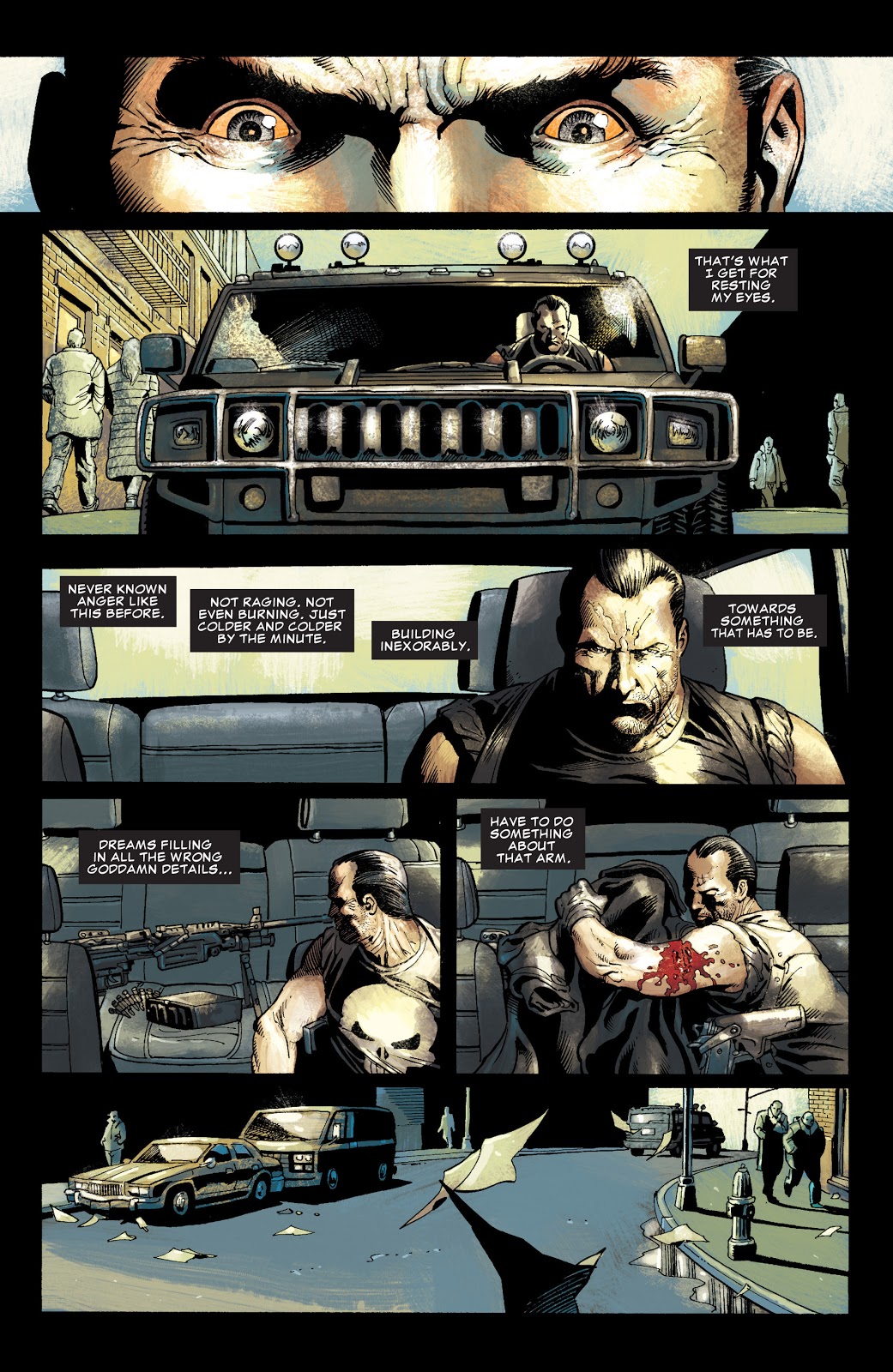 As paperbacks collecting individual story arcs this content was issued as Born, In the Beginning, Kitchen Irish, Mother Russia, Up is Down and Black is White, and The Slavers. Follow the links for more detailed reviews of individual plots, but as a run, it’s phenomenal, and there’s been no better Punisher since. It’s all the more remarkable for Ennis starting this series just after completing a run that took a lighter approach to the Punisher, starting well with Welcome Back Frank, but gradually losing its way. There’s no quality drop here as Ennis begins by establishing how the Punisher was forged in the jungles of Vietnam, as a sideline pointing out who benefits from war. It’s brutal, uncompromising and uncomfortable, as experienced vet Frank Castle is seen through the eyes of an innocent newcomer.

That and the remainder of the material benefits from the more adult approach permitted by the Max line, with Ennis and his artists finally able to show the Punisher’s war on crime in realistic terms. It’s not an excuse for gratuity, although there’s no shying away from what he does, how he does it, and the consequences of that. Ennis also takes advantage of the Punisher’s past to vary his stories. From Vietnam we head to New York with the usual scenario reversed as the mob targets Frank Castle for once, there’s the chaos caused by a dying Irishman’s will, an undercover mission to Russia, more mob atrocities, and group of Eastern European gangsters who deal in sex slavery. Every single story is a carefully plotted action thriller with the outcome never certain, and Ennis moves the continuity forward, references made to time passing.

Half the content is drawn by Leandro Fernández, who supplies convincing detail and action, but there’s something slightly forced about the way he draws people, who can sometimes look strange. Both Lewis Larosa and Darick Robertson also have slight problems with that, with Robertson more exaggerated. The artistic star turn is Doug Braithwaite on the Russian visit, his layouts and pencils utterly serving the story without drawing attention, and it takes stopping and looking closely to realise how good he is.

Time hasn’t dulled the thrill to be had from one good war story and five great action thrillers, and this hardcover collection is one to value on the shelf. Vol. 2 follows collecting the remainder of Ennis’ hardcore Punisher.

Just in case there’s any confusion, the ‘Max’ element of the title is important, as The Punisher by Garth Ennis Omnibus contains the earlier, funnier work.