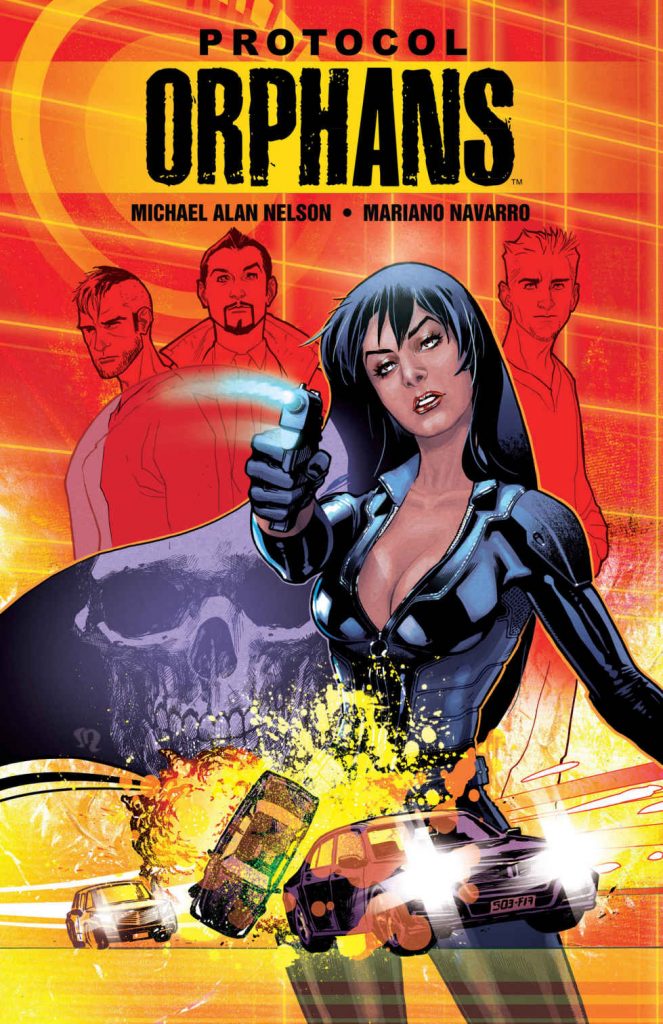 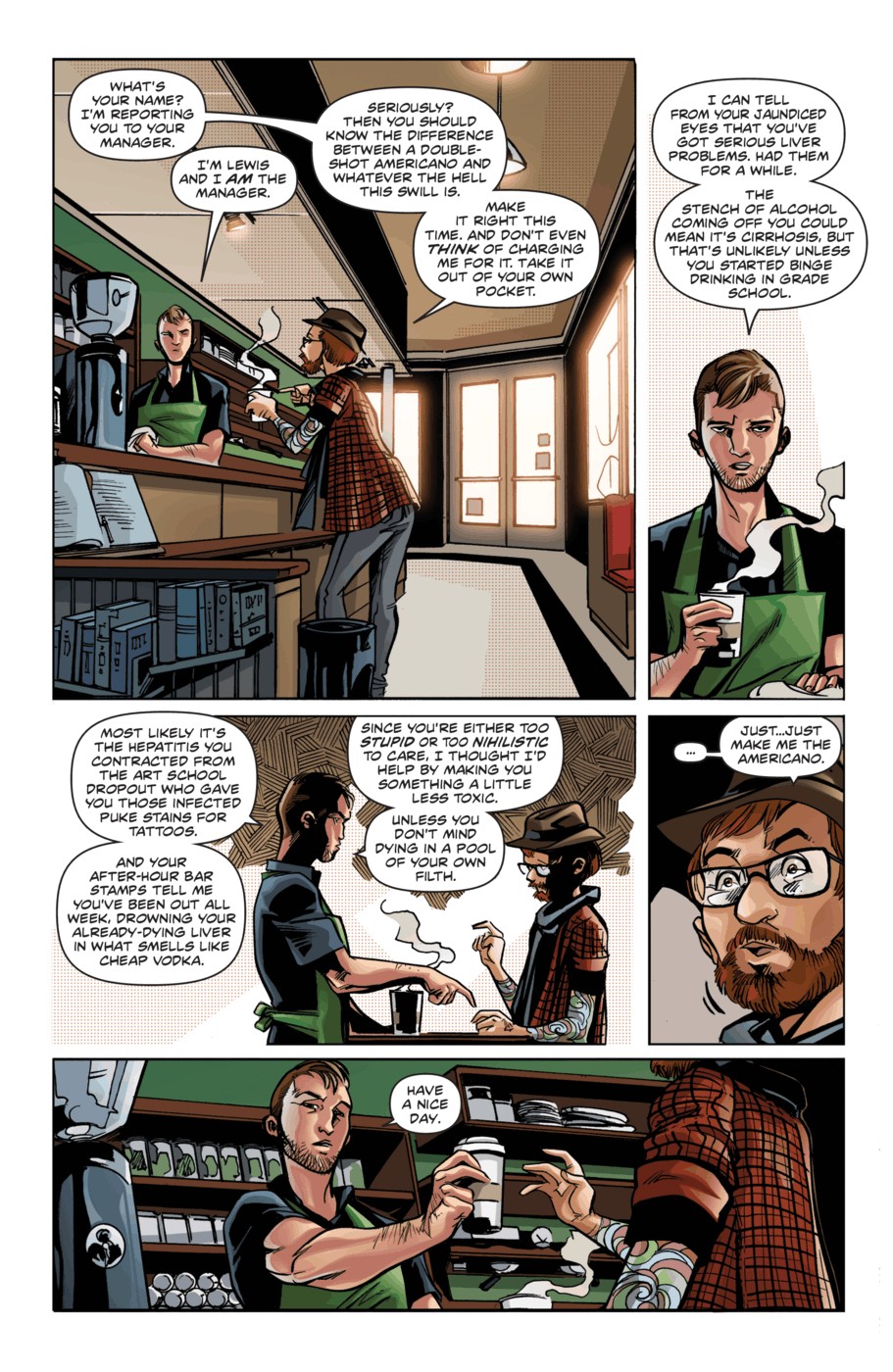 Protocol: Orphans is another action thriller produced by creators with no great record in comics, which comes across as designed to be just a stepping stone to film. Give a film producer eighty pages of script and they’ll barely read them. Give them eighty pages of storyboards and the chances increase. Of course, that’s if you have something worth putting on the big screen in the first place.

The concept of Protocol is that a covert organisation abducts gifted American children and trains them to be secret agents, working from facilities in numerous US cities, their controllers referred to as ‘Dad’. That alone discloses the credibility level of the entire foundation. Because these kids have to be raised to be better than the best Michael Alan Nelson’s plot makes time for flashbacks showing their training. If the roughly ten year old Lisa doesn’t cope with an unknown piece of computer coding in ninety seconds she’ll die as she’ll not be able to open the door into which gas is being pumped. Or if a puzzle isn’t completed in time, the bomb around a puppy’s neck will be detonated. If Protocol were intended as a dark comedy, this sort of material would play well, but Nelson’s not pitching it that way. He’s aiming for the action thriller market, where almost every scene is a desperate race against time, as tough guy dialogue is forced from between gritted teeth.

Mariana Navarro draws everything competently enough in a form of sketchy shorthand, but is hardly imaginative in laying out his pages beyond the occasional action spread. Everyone is drawn in close-up if possible and while the men are in suits, the women somehow always end up in their skimpies or busting out all over.

So many questions of logic occur throughout that the time isn’t spent caring about the cardboard characters, but spent wondering how they’ve not occurred to Nelson. Perhaps they have and he just doesn’t care. People have life-threatening injuries, yet have recovered to be back in action on the next page, the sheer number of kids abducted for the project and its mortality rate raises no suspicions, and bullets in their thousands are fired, but no-one’s able to shoot a fat man dangling from a helicopter. You could exchange the dialogue between almost any of the cast and it would make no difference. Worse still is the lack of originality. Nelson doesn’t seem to realise that if he’s seen something in a film, the chances are high that millions of others have as well. If you want to see the sort of thing Nelson and Navarro are aspiring to produced to higher standards, take a look at some of the recommended material instead. Film producers would be advised to do the same.