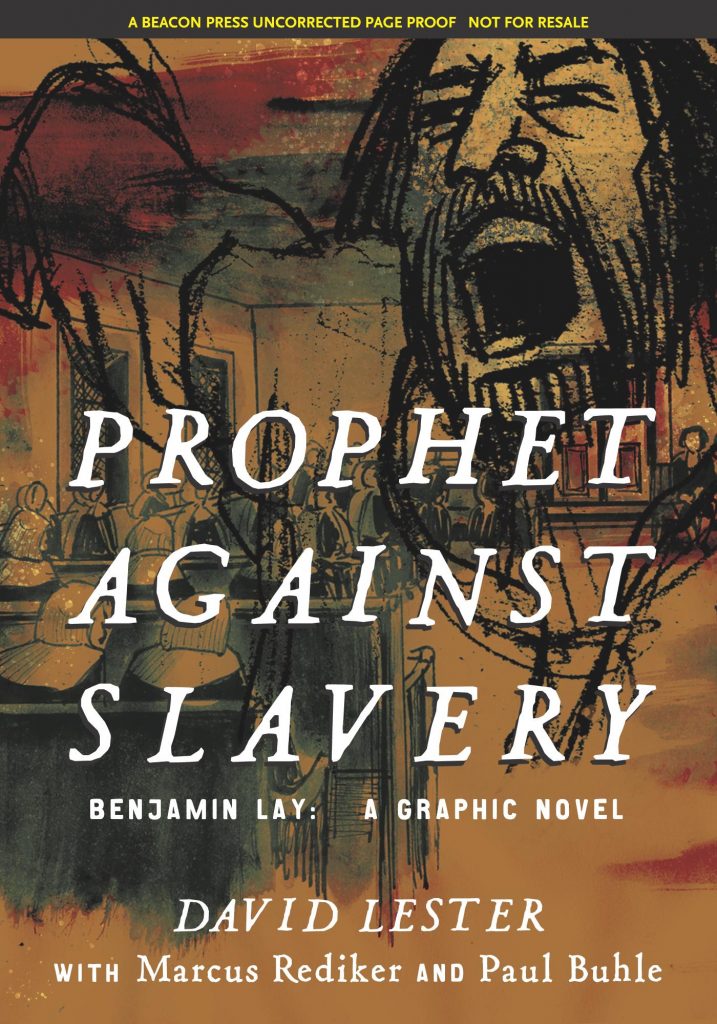 Discovering a remarkable life story is a considerable leap toward producing a readable biography in any format, and for Prophet Against Slavery David Lester’s subject is 17th century dwarf Benjamin Lay. An intelligent and creative man, Lay refused to be defined by his stature, was a vehement abolitionist half a century before anti-slavery activists began to find a voice, and was a few centuries ahead of his time in opposing animal cruelty as well. He stood by other principles also, and was a creative radical activist.

Lay was particularly angered by the Quaker church, of which he was a member. He couldn’t reconcile the hypocrisy of slave owners being tolerated by the church and his forthright condemnation of it led to his expulsion from four Quaker chapters, a record to this day. It was 2018 before all four chapters reversed Lay’s dismissal from their ranks. Among his imaginative ways of making his point was standing fully dressed outside except for one bare leg implanted in snow. When neighbours expressed concern Lay pointed out he was wearing a coat and other clothing offering protection, yet those around him expressed no concern for their slaves dressed in rags in such conditions.

Despite a fascinating subject and a rich seam of anecdotes, Prophet Against Slavery isn’t as good as it might be, and that’s down to Lester’s art. His approach owes more to fine art than comics, and a positive result is memorable poster style illustrations, with a depiction of slaves sunk beneath a sailing ship very powerful. However, the stiffly posed people, resorting to rapid sketching to indicate fast movement and a lack of detail when needed all hamper a general appeal. Neither is Lester a natural storyteller. He’s resolutely committed to showing people face on and half figure, when varying the viewpoint would make for more interesting looking pages. Connected with the storytelling is the chosen method of Lay and other characters explaining themselves to the audience via the dialogue balloons. Biographers always face a difficult choice regarding whether or not to use dialogue, and there are powerful quotes from Lay, but also much that’s exposition that might have been better handled.

It’s not noted as a strict adaptation, but Markus Rediker’s cover credit is because Lester’s primary information source is Rediker’s biography The Fearless Benjamin Lay, and Rediker provides an afterword, as does editor Paul Buhle. Perhaps church records provide a fertile source of information about Lay while other sources are limited, but repetition sets in because Lester shows multiple sequences of Lay haranguing Quakers in their churches and being expelled.

Prophet Against Slavery spotlights a remarkable man whose adherence to principle should shame us all, but as important as his story is an example, this is unlikely to be the vehicle for bringing it to a wider audience.