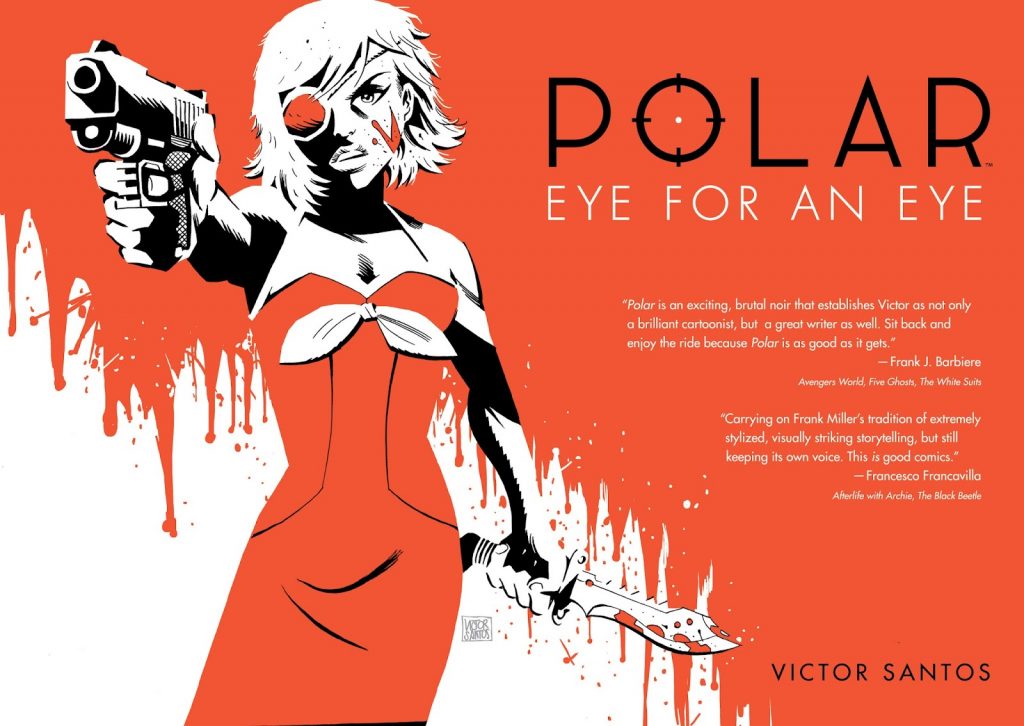 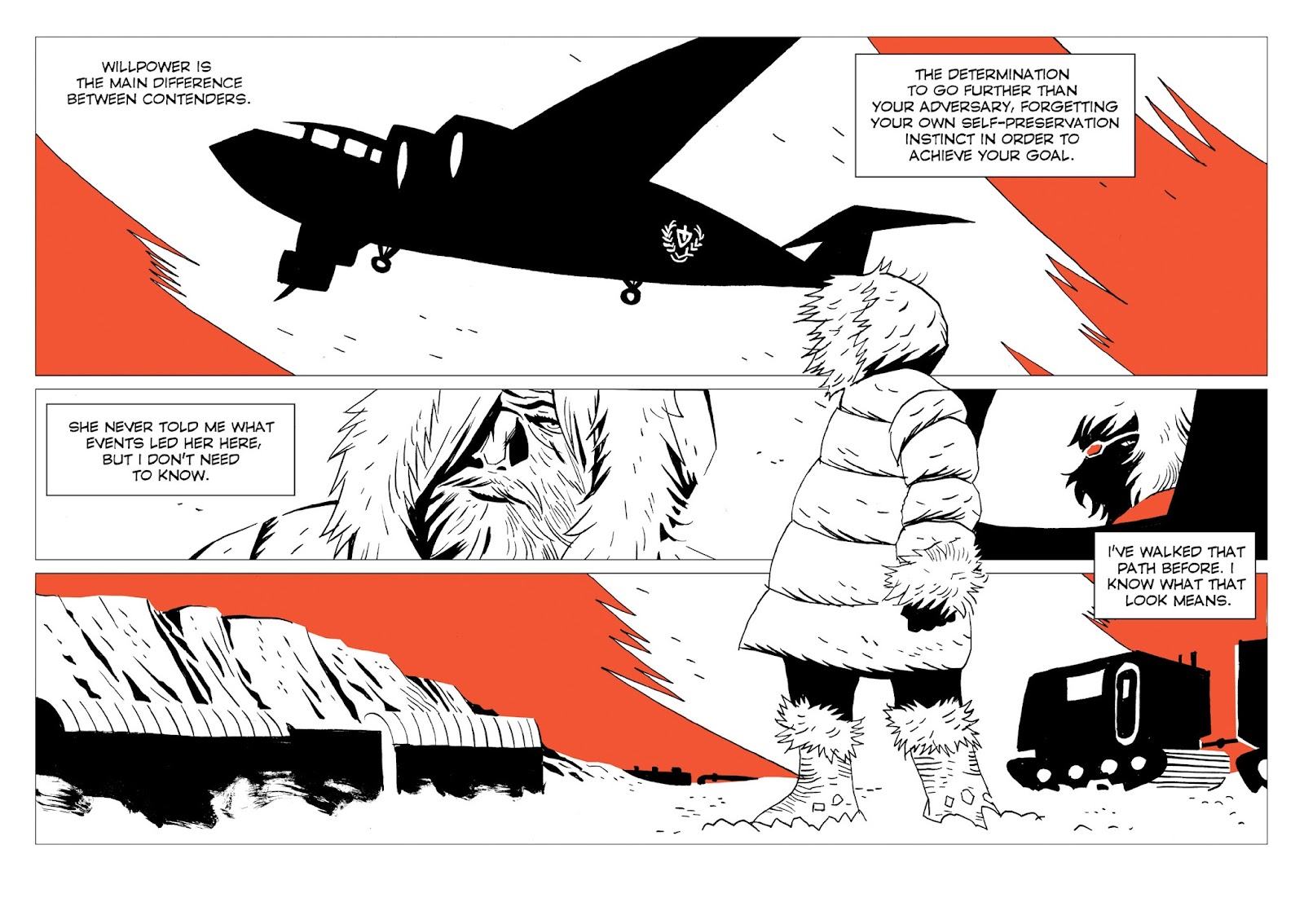 With this second outing for assassin Black Kaiser it occurs to ask why the series is called Polar. Is it due to the lead character’s ice cold personality, or perhaps down to the fact that he’s old enough to have operated during the 20th century Cold War? There’s no answer here, or indeed in any subsequent outing.

Came in From the Cold showed how Black Kaiser’s retirement was interrupted by a team of killers. He dealt with them and traced their orders back to a company he’s once worked for attempting to clean up by removing all traces of having hired killers. It didn’t work, and he was last seen heading somewhere remote.

A shortcoming of the previous outing was the lack of plot, but Santos goes some way to rectifying that with an opening featuring captions pondering what separates humans from animals while showing Black Kaiser rescuing a woman believed to have been killed, and coaxing her back to life. The cost is that like him, she now requires an eyepatch. As she recovers he passes on his skills, then releases her back into the world with some of his secrets and the training to do what she will with.

What she does is take revenge, which is predictable enough, the entirety of it drawn every bit as stylishly as before, with a balletic fine art composition applied to the action and the now familiar black and white contrasts. As before, page after page is stunning.

At the halfway stage there’s an abrupt switch of focus, first to two corrupt cops, then to the mysterious woman’s past, a sequence Santos presents in timeless orange linework on white, which has a real novelty. It brings home what an influence Frank Miller’s Sin City is on Polar. Miller’s art is chunkier and not as technically polished, but the whole effect is very similar.

As before, the hardcover includes a bonus strip, two in fact. Turning the page to ‘All For One’ and the sudden flash of flat primary colours blue, red and yellow is as much a shock as any of the inventive violence in the title story. This is set in 1974, restores Black Kaiser as lead character, and cleverly in passing provides the origin of the troublesome Damocles Group from the previous book. It also reveals Black Kaiser as German, but raised in Soviet territory. It’s a smart spy thriller, and ‘Cop’ is much slimmer, taking a brief look at a supporting character from the main story.

Santos has been artistically flawless from the start, but Eye for an Eye steps up the writing, which makes for a far more satisfying experience. Next is No Mercy for Sister Maria.