Polar: Came in From the Cold 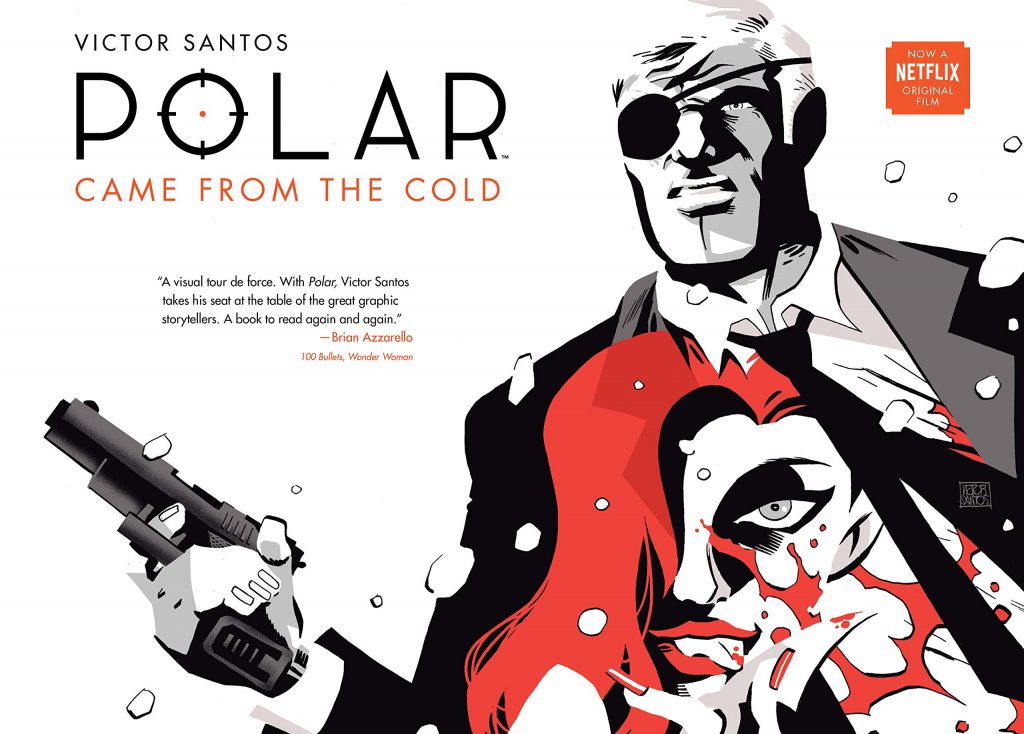 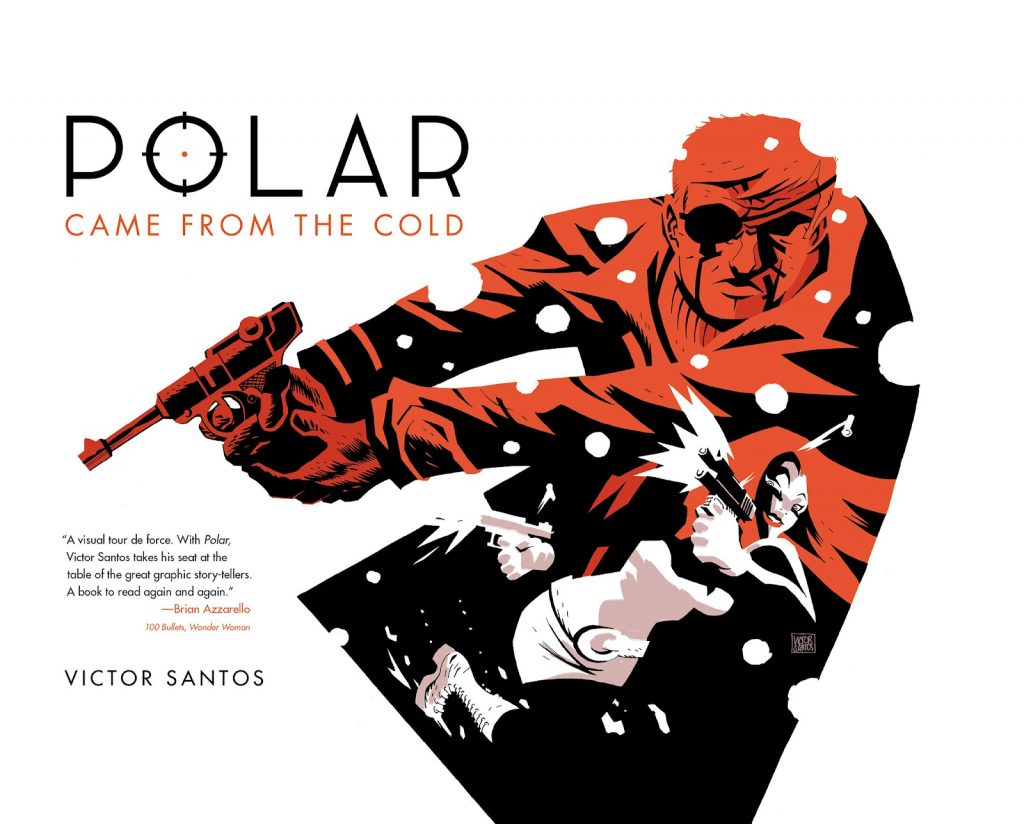 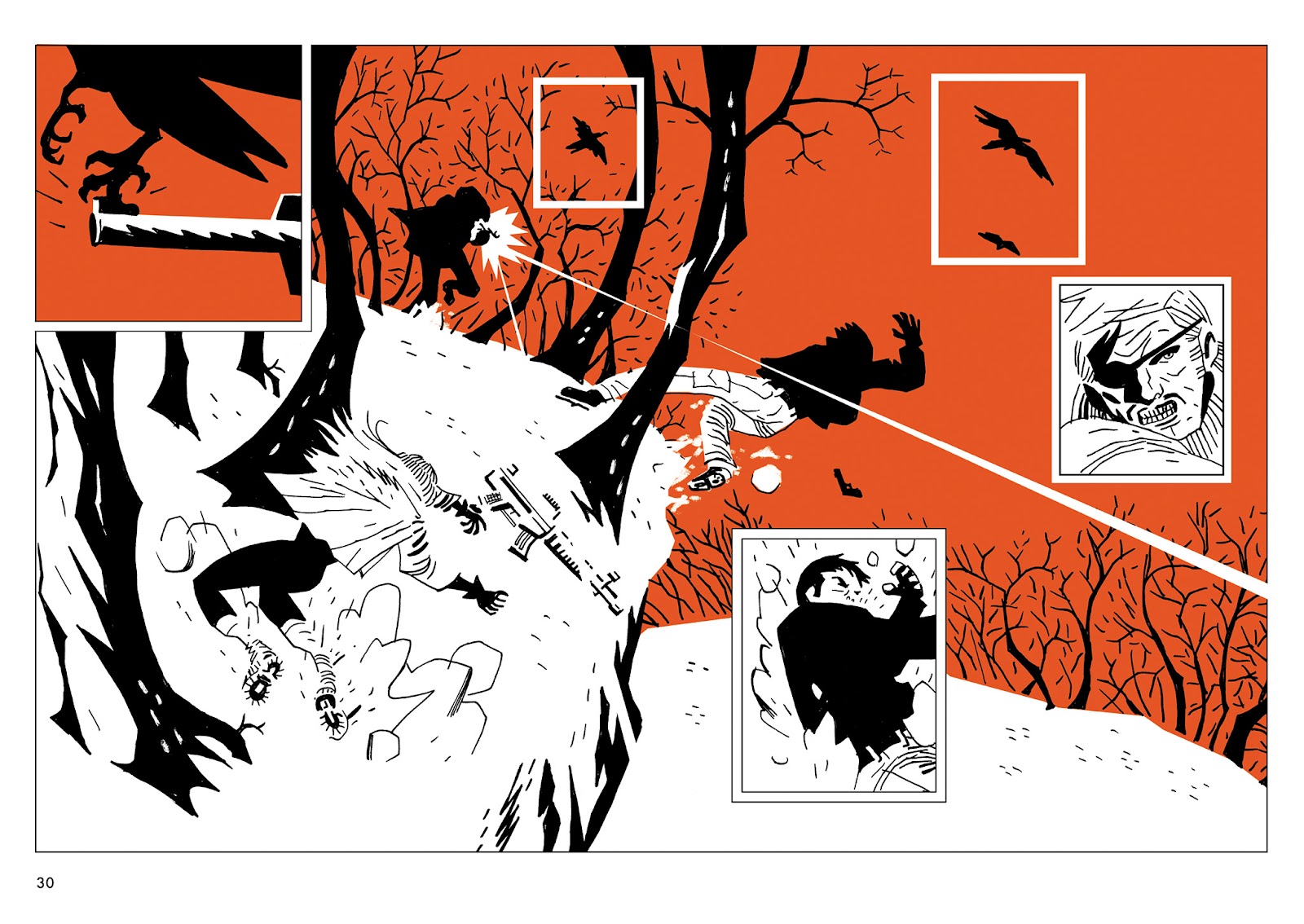 Came in From the Cold is the first step Victor Santos took toward what eventually became a Netflix film. It began as a webcomic, hence the landscape format of this collection, and introduced an assassin known only as Black Kaiser. A protracted introductory sequence running for around a third of the page count shows him under attack in his own home. Little is learned about Black Kaiser beyond his retirement not affecting supreme capabilities in dispatching four assassins sent to kill him. He has home advantage, but otherwise the odds would favour the four.

Santos dazzles with his artistic virtuosity, using stark black and white with shades of red as a spot colour, sometimes washing all over the page, and sometimes restricted to a small area, but always effective. The opening pages occur in snow, and Santos sets the scene in thin black lines constructing a house and yard seen from distance, and the sheer range of techniques used over the following pages are a masterclass in giving a relatively simple premise form through imagination.

When the drawing and storytelling’s that polished, Santos doesn’t need to use a lot of words for his lead character, and most impressions of him are formed via the opinions of others or subtle visual hints, such as drawing attention to a file, or the eyepatch. We learn Black Kasier was once an assassin for hire, and the likely cause of the attack on him was people who’d used his services at one time cleaning house to ensure nothing could be tracked back to them. As we see Black Kaiser following clues back to the source we also see that source is very capable.

A thrilling brutality characterises this noir procession, but it’s greatly more satisfying artistically than in terms of plot, where there’s only one good surprise, effectively used, but readers would prefer a little more, and perhaps the application of some logic. For instance, if killers are being sent to kill a killer to distance a company from killing then more killers are going to be needed to kill those killers. For some the dozen pages of balletic grace finishing the main story and similar stunning sequences will be enough, though, and four further Polar outings followed, with Eye for an Eye next. 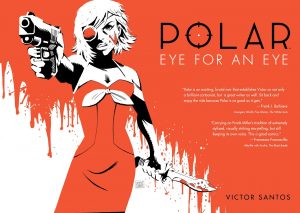 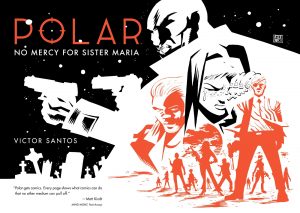 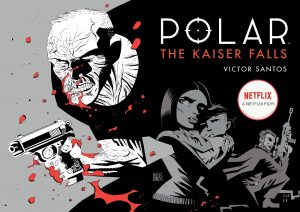 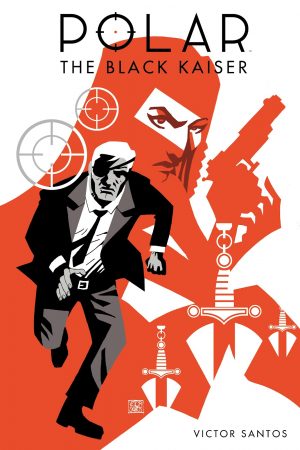