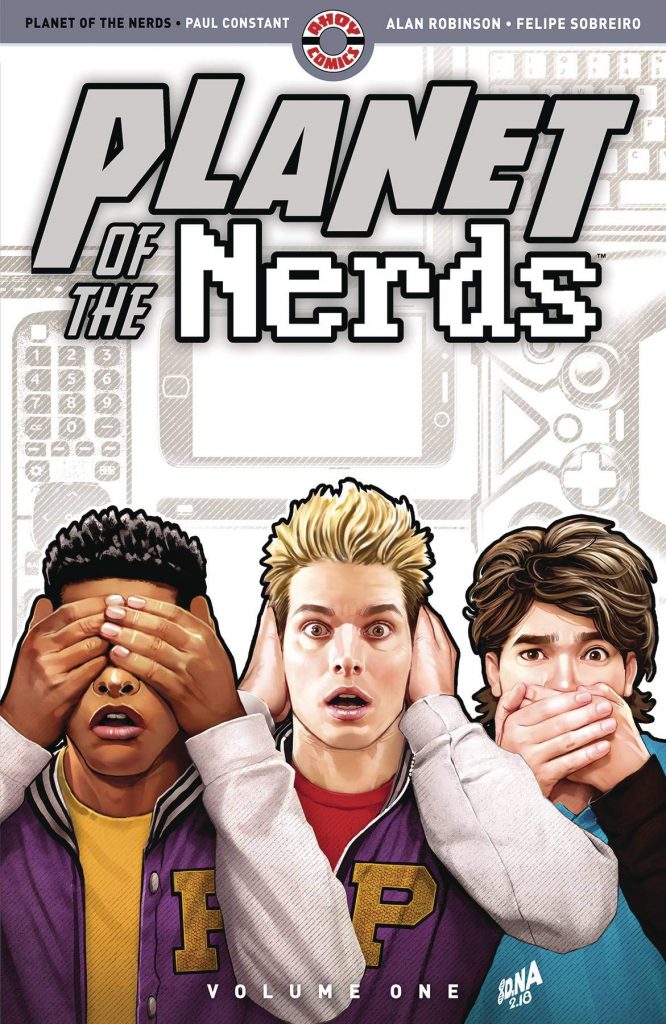 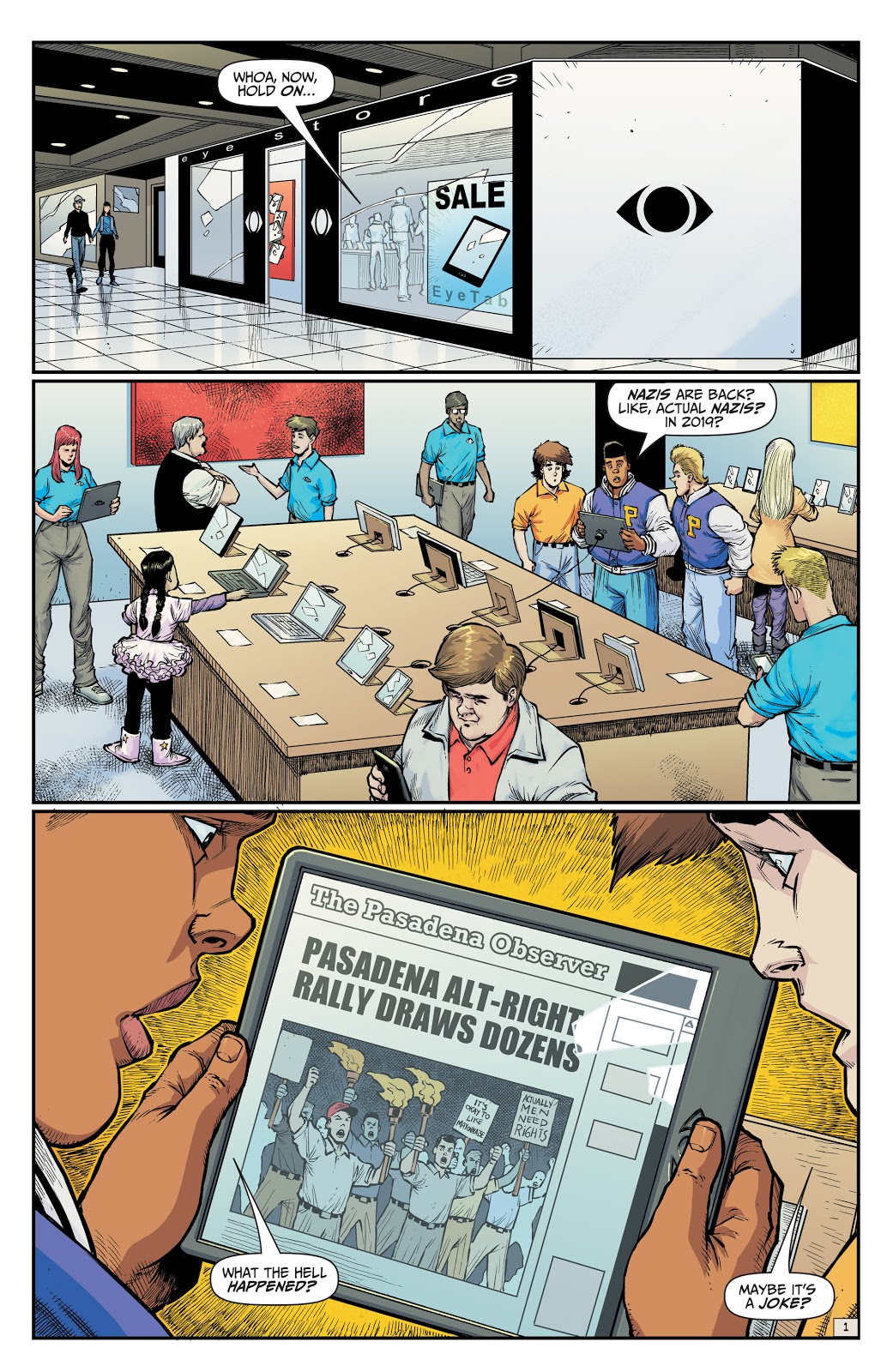 Paul Constant’s day job is running the admirable Seattle Review of Books site, but there’s no pretence of literary value here as he fondly channels the succession of jocks vs nerds movies released for decades after the late 1970s success of Animal House. In the late 1980s three guys are cryogenically frozen, emerging in 2019. Chad is the stereotypical jock, never losing a chance to make life miserable for socially awkward class genius Alvin, backed up by crony Drew. Steve is the most reasonable of the trio, but never to the point of actually calling Chad on his behaviour. Their first sight of 2019 is the crowd outside a comic convention, immediately prompting Chad to violence.

Artist Alan Robinson has the necessary light comedy touch, good with the lead characters and their reactions to the world, while never short-changing on the backgrounds. It’s just as well he’s there to hold things together, because over the first three chapters Planet of the Nerds never strays from the obvious, not in any way a parody of jock movies, just adding to them. However, in the fourth chapter Constant shows a little more understanding, and the fifth actually subverts expectations. The term ‘nerd’ may feature prominently in the title, and Alvin is certainly caricatured as such in the opening chapter, but this is no Revenge of the Nerds. Constant’s point seems to be that only bullies succeed in life, and that bullying doesn’t necessarily have to be physical.

There are a few laughs, the art is nice and Constant ensures that people are true to their essential characters throughout, but while eventually defying expectation, Planet of the Nerds isn’t going sit easily with a lot of people.