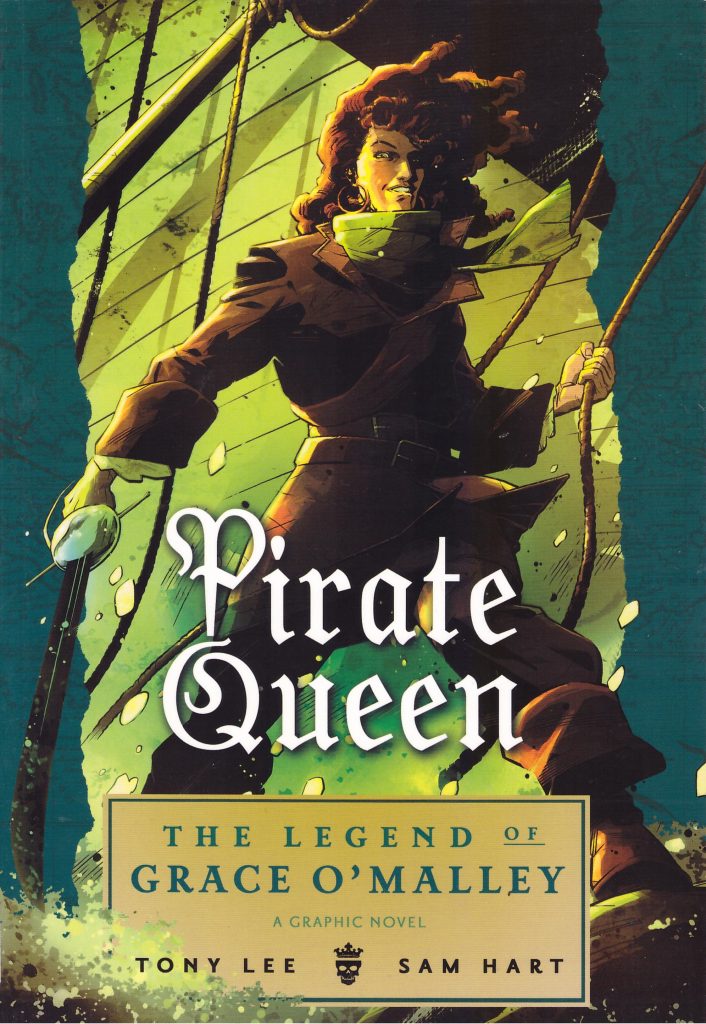 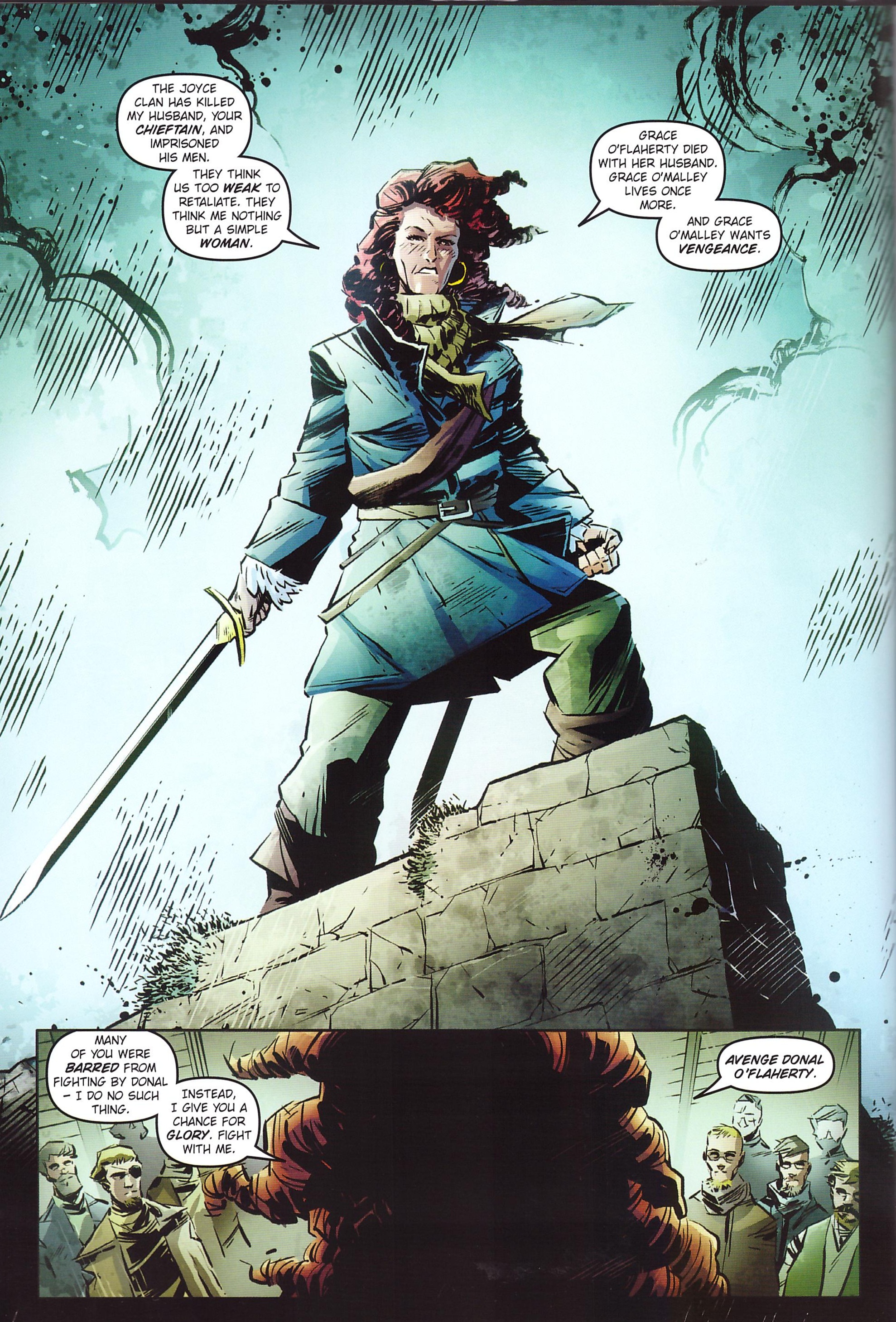 Every few years Tony Lee and Sam Hart issue another fictionalised graphic novel biography, and in 2019 their attention turned to 16th century pirate Grace O’Malley. She operated in a British Isles very different from today. Scotland was an independent nation, and the entirety of Ireland had been occupied by the late Henry VIII. Before she was born the O’Malley family had reputation as sailors, and it’s a reputation that’s lasted through the centuries via their vessel being used to spirit away Mary Queen of Scots when her life was imperilled during her infancy.

As depicted by Lee, Grace was a restless child rebelling against her pre-ordained role in life as a woman of the times, learning seacraft aboard her father’s ship and a natural swordswoman. When her husband is murdered to settle an old grudge Grace never looks back, and becomes an utterly ruthless scourge of the English and all who serve them.

O’Malley is a good biographical subject as her life is one of rebellion and adventure, and she’s a woman to be admired for refusing to become what tradition demanded. There’s also going to be tension maintained, because surely none of the pre-teen readers at whom the book is aimed will have ever heard of her, let alone know her eventual fate. Those readers will be attracted by Hart’s stirring cover portrait and captivated by his clear storytelling. He’s not the best at establishing facial features and expressions, but Pirate Queen isn’t a story dependent on that, and Hart’s scratchy approach to action and location lets the story’s strengths flow.

Lee dramatises as if scripting a Hollywood film, taking what’s known about O’Malley’s life and accentuating some aspects while happy to accept the exaggerations of legend. He has Queen Elizabeth inspired by her, has allies become betrayers at the drop of the hat, and creates a standard screen villain from Elizabethan soldier Richard Bingham. You could imagine Alan Rickman playing him, but there’s no denying it makes for captivating adventure. And that’s the point. Take some of the history with a pinch of salt, and the choice is yours to investigate further or just wallow in the drama.