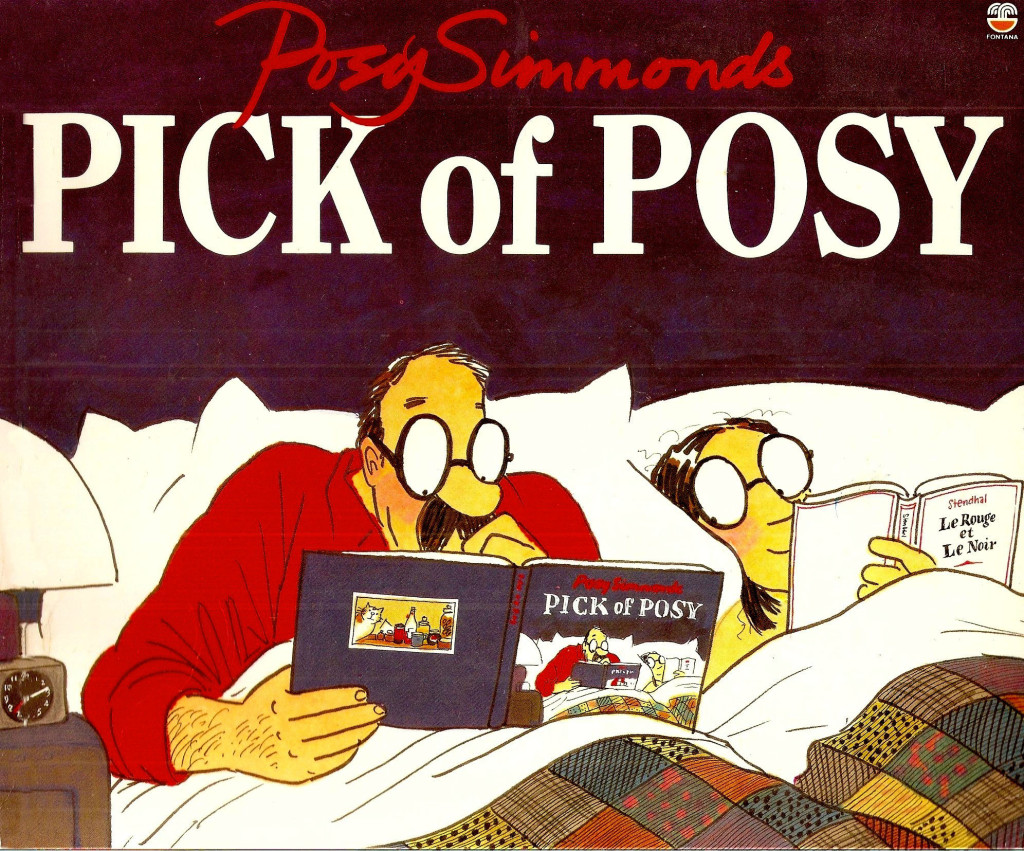 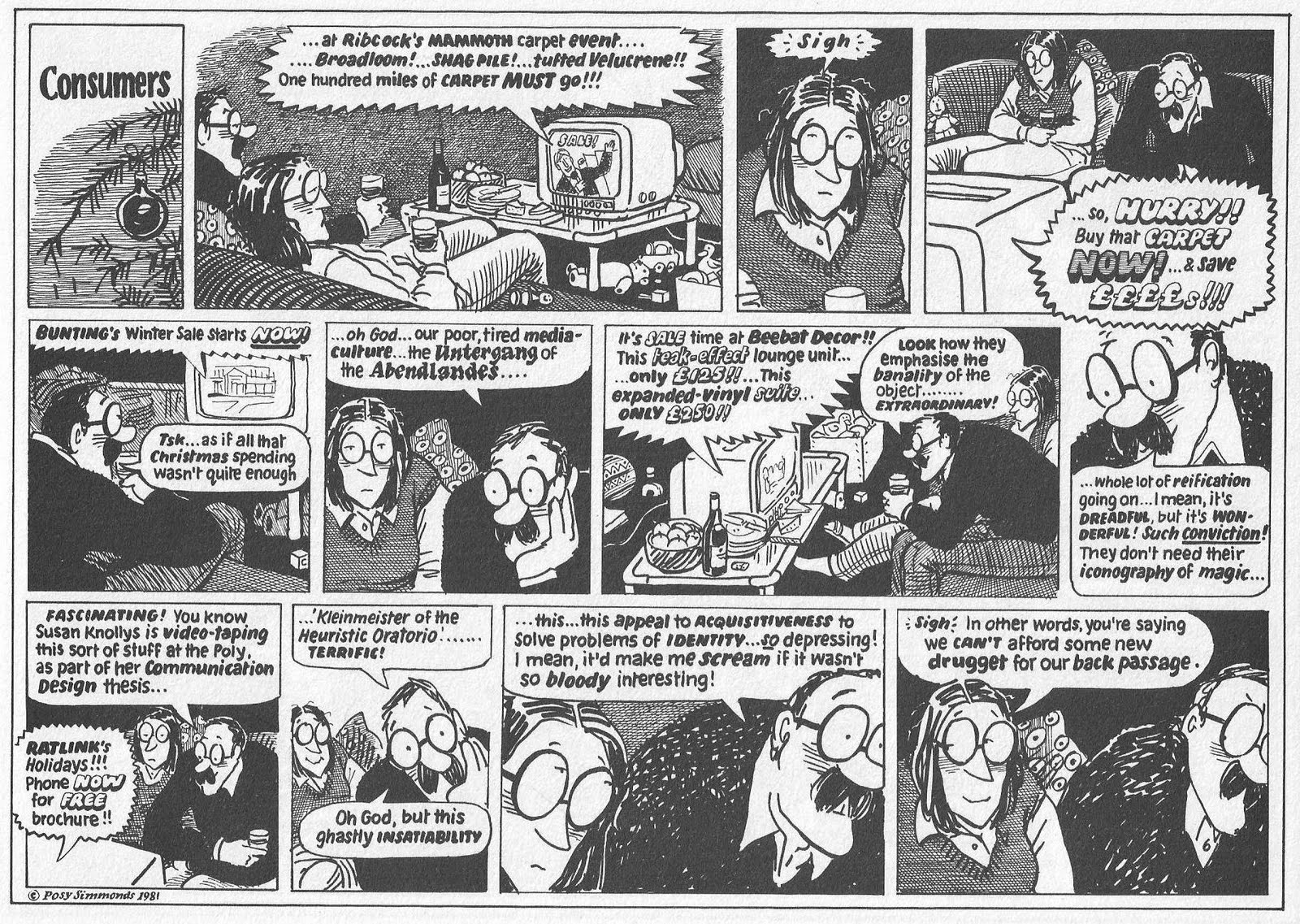 This book contains a selection of strips from the first five years of The Silent Three, Posy Simmonds’ weekly comic strip for the Guardian newspaper. The title was a reference to 1950s strip ‘The Silent Three’ by Evelyn Flinders, about three girls in a boarding school who foiled crimes and solved mysteries. Simmonds’ three protagonists were married women with families, and their adventures were rather more prosaic than the crime-smashing secret society of the 1950s. Wendy Weber was a former nurse married to George, a sociology lecturer (six children); Jo Heep, a tennis coach, was married to Edmund, a whisky salesman (two children); and Trish Wright, art gallery owner, was married to Stanhope, an ad-man (one child). Eventually Simmonds stopped using the Silent Three title and the weekly strip came to be called ‘Posy’.

The strips in Pick of Posy don’t follow any kind of sequence and are not in chronological order, which mostly doesn’t matter because the characters themselves stay pretty much the same from beginning to end. This may be because a large and varied cast expanded to over fifteen regulars and another ten semi-regulars so having them evolve in what is essentially an observational comedy would interfere with the jokes. Each one is a recognisable stereotype. They all speak and act exactly as their appearance indicates they might, with the occasional twist when it’s funnier to go against what’s expected. The three families are distinct middle-class ‘types’ who each occupy a different social/cultural stratum, and much of the humour derives from Posy’s pin-point accuracy in her observations of the lifestyles, language and behaviour of each group. Wendy and her husband George are the characters that the strip revolves around, fitting the popular conception of the Guardian reader–intellectual, ex-hippie, bookish, left-wing and anti-authoritarian–but they are just as likely to be mocked for their cosy assumptions as any of the others.

There’s enormous skill on display in these strips, not just in the way Simmonds handles her huge cast, but also in the way she can mix genres seemingly effortlessly, and draw such accomplished pictures full of perfectly realised details. The strips are often crammed with witty dialogue, but Simmonds is a great designer with an impressive array of lettering styles and her pages are always inviting to look at. The humour tends towards the wry rather than laugh-out-loud, and these strips are a great time capsule of the early 1980s, much celebrated by a devoted following.