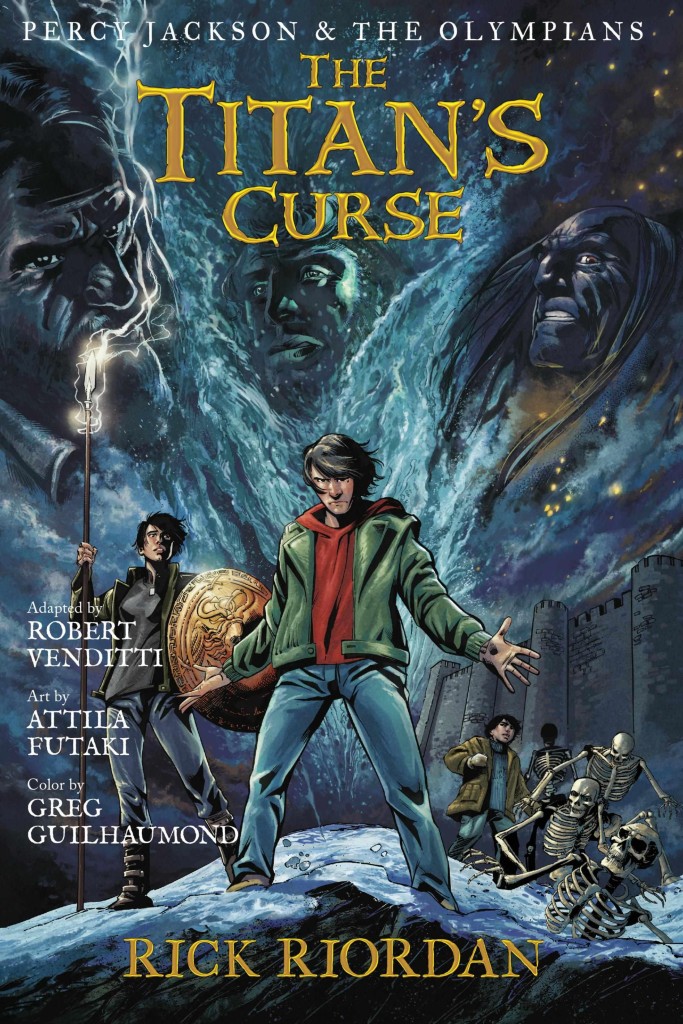 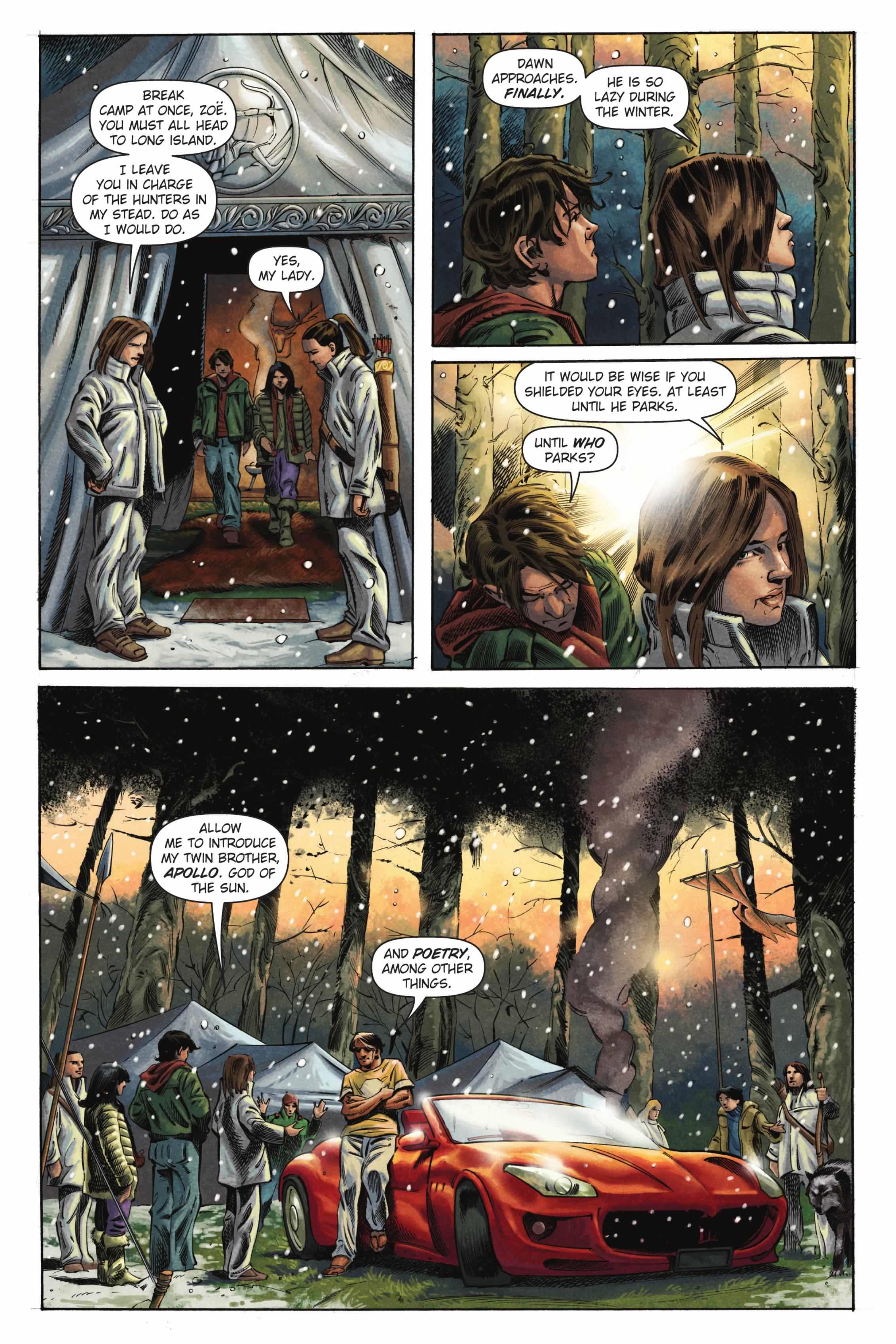 It’s comforting to see artist Attila Futaki retained for a third successive transition of Percy Jackson from prose to graphic novel. His superbly constructed page layouts and naturalistic characters provide an authenticity lacking in the adaptations of some other children’s novels, and his open style is very accomplished, although toward the end of this book he begins to look a little rushed. He once again brings a fine design sense to bear on the book’s menaces, ghostly skeletal warriors, the usual giant creatures, and a tip of the hat to Ray Harryhausen.

With this novel author Rick Riordan made a distinct effort to distance himself from comparisons with Harry Potter. The story structure differs from The Lightning Thief and Sea of Monsters by starting in winter. mid-mission, and a prominent character from previous books is removed from use early. A similarity that remains, although not in direct fashion, is the use of prophecy. As is so often the case, the prophecies aren’t straightforward. One revealed at the end of Sea of Monsters indicated a future for someone fitting Percy’s profile, and the convenient manifestation of an oracle here drops clues as to how the rest of the plot plays out. Again, this isn’t in direct fashion, but any astute teen who stays alert will eventually figure most of it out before the finale.

A matter that’s been emphasised is Percy’s inclination to act impetuously and solo, thereby endangering missions and life. So, will that have a bearing? What’s considered an even more dangerous personality trait is hammered home by the gods at the conclusion.

Whether down to Riordan’s novel or Robert Venditti’s adaptation, this is a slightly weaker book than the two preceding it. It’s not the case, but it seems certain plot elements fall into place far too conveniently, with a couple of occasions at the Hoover Dam in rapid succession. Just beforehand there’s an interesting revelation regarding the passage of time that appears to come to nothing, but hold that thought. Riordan is using the whim of the Gods that’s stamped through all their legends, and that plays a greater part in The Titan’s Curse than previously. Everything is tied together and given an explanation by the concluding chapter, but it comes across as too convenient in situ.

That, however, won’t matter one iota to the teenage readership who’re again provided with a thrilling ride and a few more pieces of the bigger picture. From here, though, it may be they’ll have to transfer to the prose versions for the continuation, as in over two years there’s been no sign of The Battle of the Labyrinth as a graphic novel.