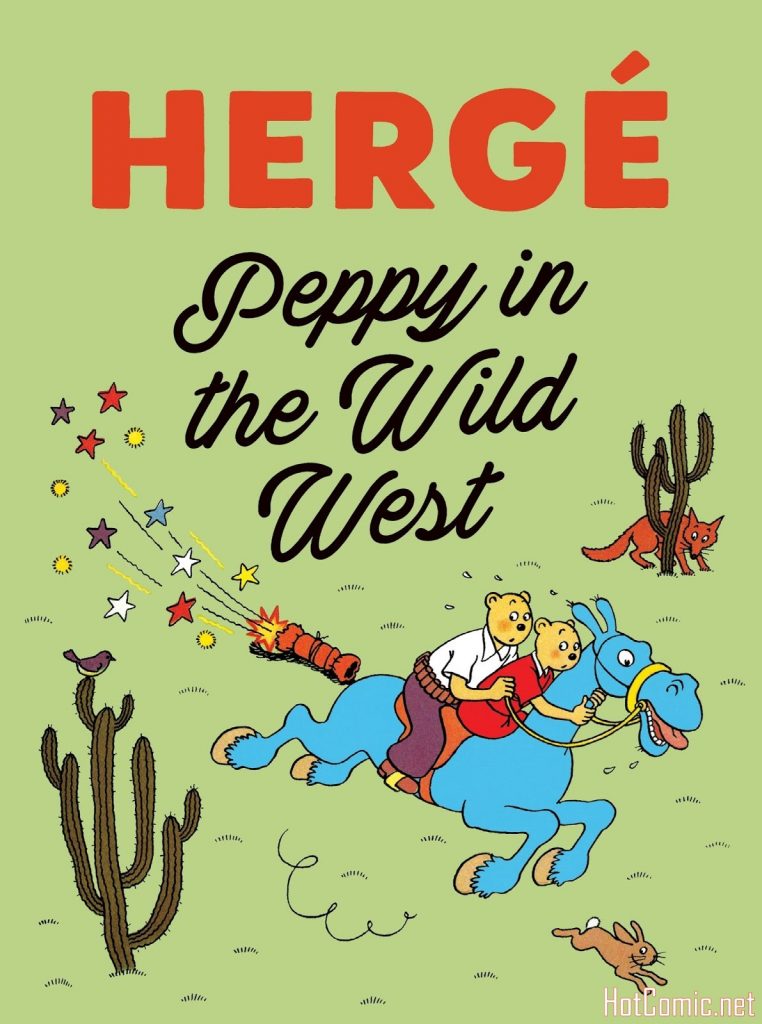 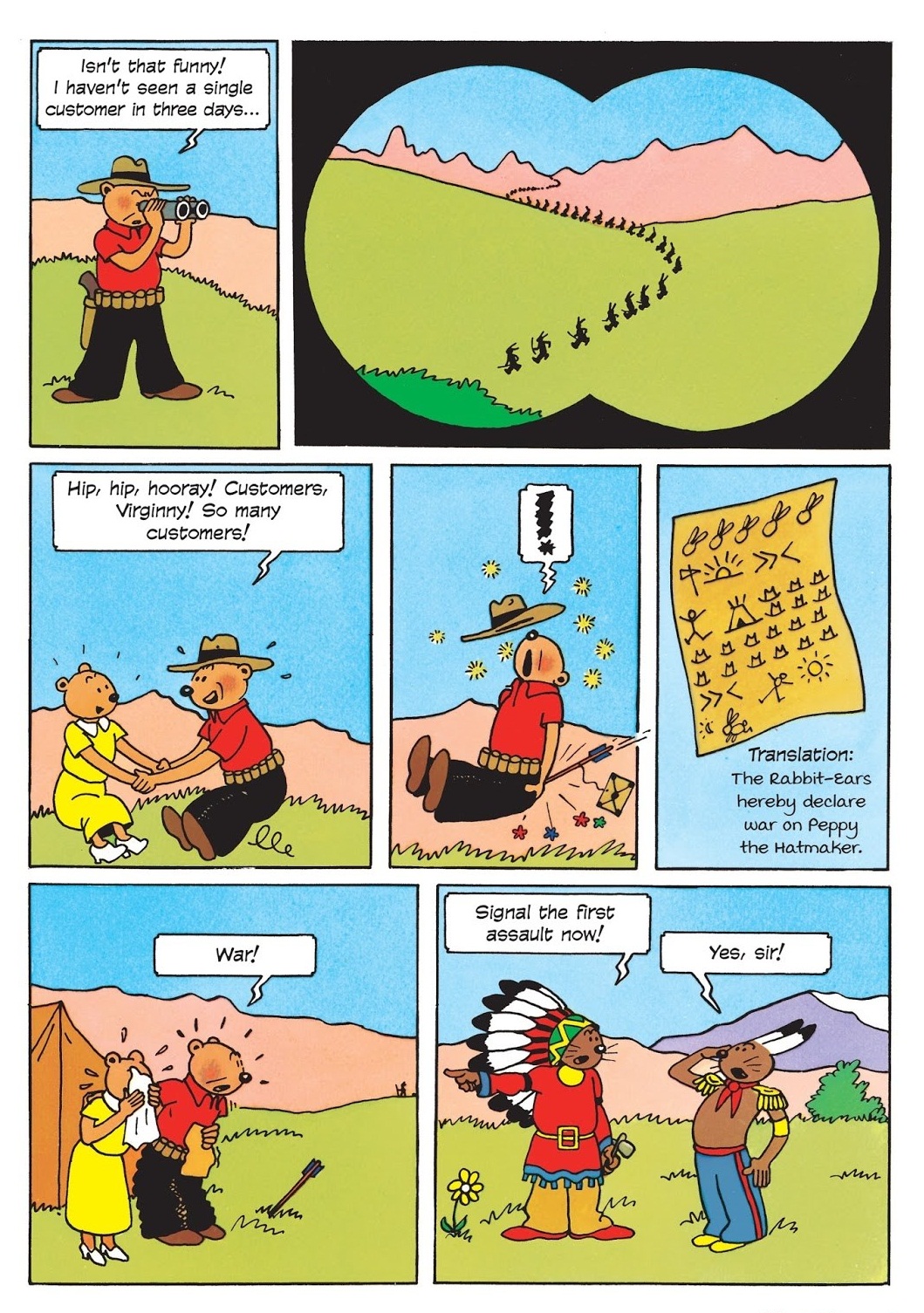 Hergé’s Tintin books continue to delight children and adults alike all over the world, but when he began the series in the 1930s it was one of several he was producing for Belgian strip magazine Le Petit Vingtième. Among other features fighting for his attention during Tintin’s first ten years were the tales of two street children Quick & Flupke, the domestic family comedy of Jo, Zette & Jocko, and this odd strip.

In common with many Europeans, the myth of the American West filtered through cinema reels held a strong attraction for Hergé, and it was a recurring theme in his early strips. Peppy in the Wild West is funny animal comedy, and was reworked several times from its prototype in 1931 with squirrels. This version was published in black and white in 1934, the lead characters now friendly bears, and given a new lease of life by the addition of colour in 1948, when it was serialised again.

Peppy is a hat maker partnered by his wife Virginny, operating from a remotely situated tent where his only customers are Native Americans, then referred to as Indians. These are depicted as rabbits, the feathers of headdresses replaced by distinctive black and white ears, which is one of the few original touches. Peppy and Virginny stumble from one danger to the next, Hergé throwing in everything he loved about Westerns, but however original it might have been back in the day (and the unverified suspicion is not very), the plot elements have long descended into cliché through overuse.

Had Peppy in the Wild West been the work of any other creator working for Belgian comics in the 1930s its juvenilia would have been consigned to the dustbin of history. The clarity of the drawing is pleasing, particularly the scowling eccentric horse Bluebell, but it’s a very laboured strip. The intention seems to be the emulation of early knockabout film comedies, taking an age to work towards obvious or implausible gags, even given the nature of the strip. The sophistication of all but the earliest Tintin strips is far greater, and this fails the entertainment test. For scholars only.