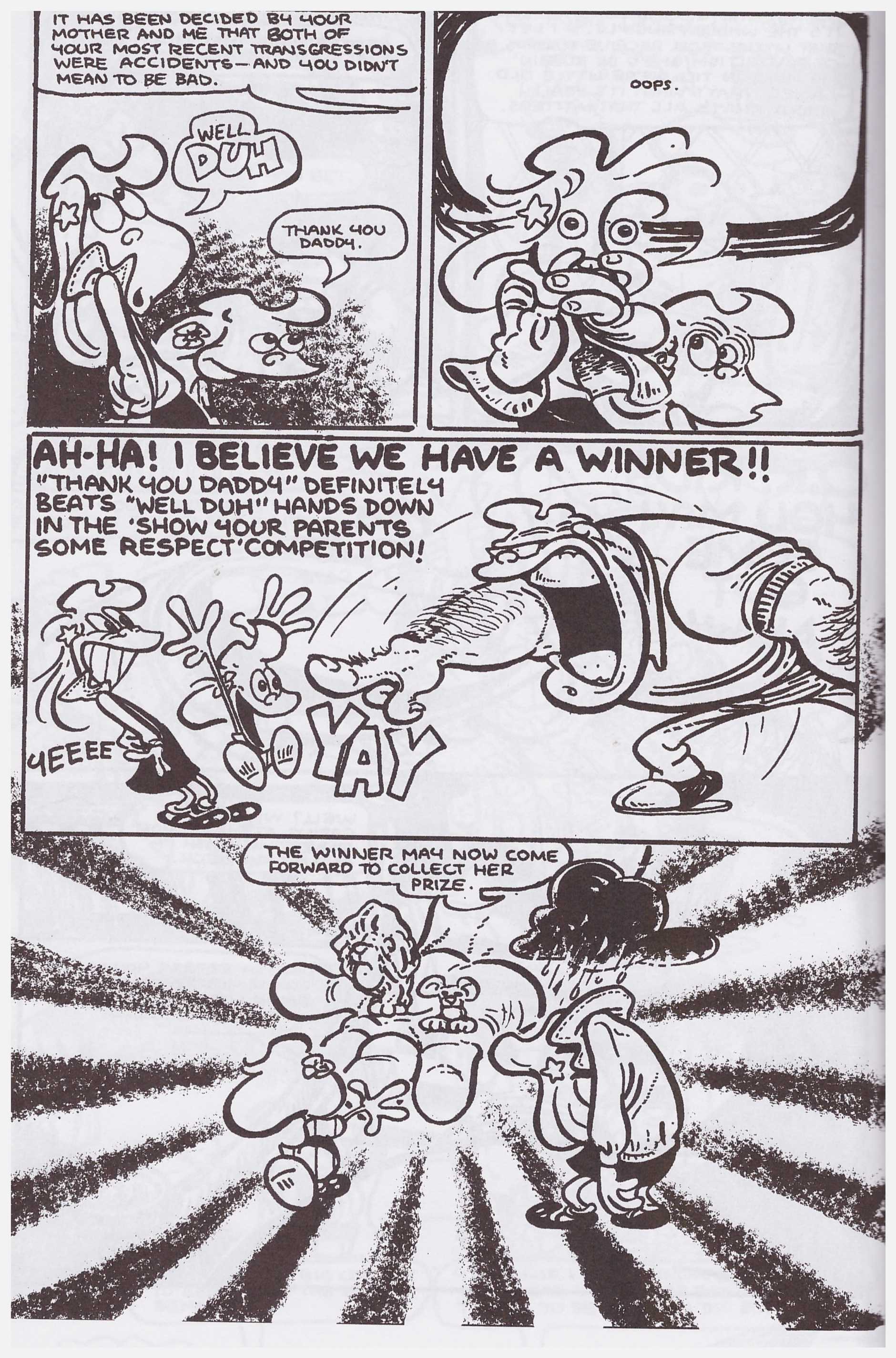 Scott Roberts grew very rapidly into presenting astute child-centric domestic comedy strips, and there’s another leap forward here as he becomes more comfortable in integrating the characters introduced in …And Everything Nice. The simmering rivalry between Patty Cake and Susie McBee is well developed here, and there’s a little more of Irving’s geeky brother Keith.

Roberts has a great talent for parodying the fads, toys and media marketed at children, and the stories here are spliced with fake ads for ridiculous games such as Crazy Mixed-Up Corpses! Or Fisty the Clown, complete with ridiculous product descriptions. Others, such as cartoon and comic character Birdy make it into the strips. He features as Roberts makes a point about the worth of comics as Keith and Patty Cake visit their local comic shop.

Instead of prioritising longer strips as in the previous book, Roberts instead supplies only three long strips, and for two of them Roberts’ usually astute sense of pacing deserts him. The tale of Jose’s challenge and the Sit’n’Spin game features could be cut substantially and would work better. Elsewhere, though it’s comic gem after comic gem. Patty Cake won’t go to sleep, loses her gnome, winds up her older sister and the other longer strip has Patty Cake inspired to enter a poetry contest.

One downside is the very muddy printing, which is odd as this black and white book reprints material that was originally monochrome, yet the effect is as if there was originally colour and it’s turned to mud.

There was one further Patty Cake collection, a colour digest,  but there’s plenty more material worth looking out as individual comics. The three books have reprinted the older Permanent Press comics, so go for those published by Slave Labor. Roberts went on to draw the Rugrats syndicated newspaper strip and Working Daze, and as Thomas Scott Roberts colours and letters the weekly Prince Valiant feature.