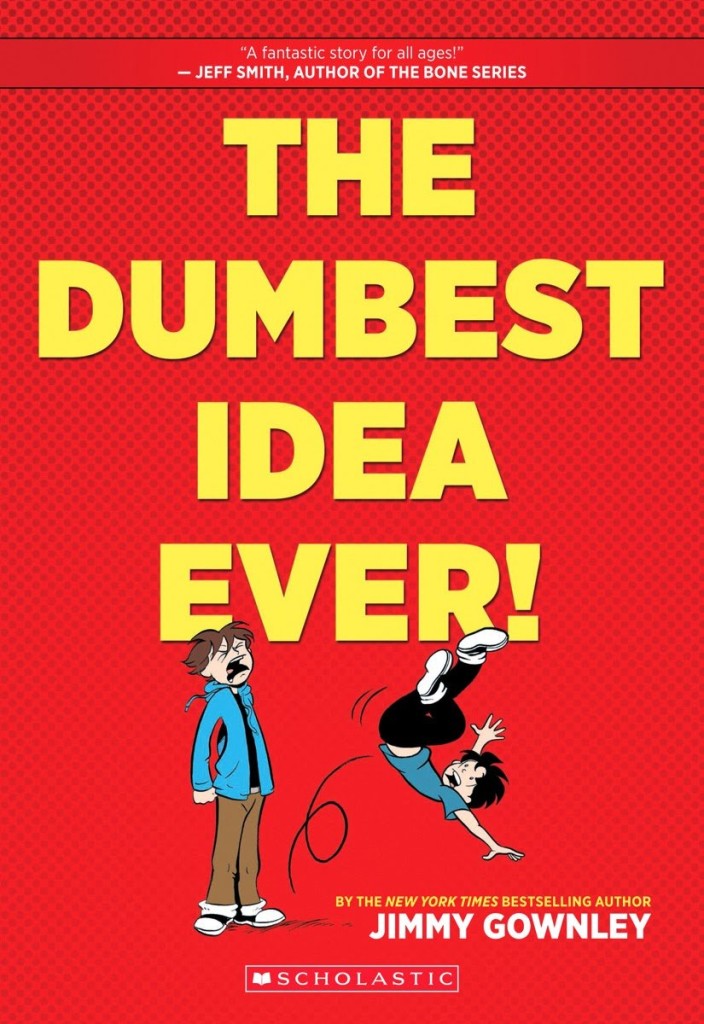 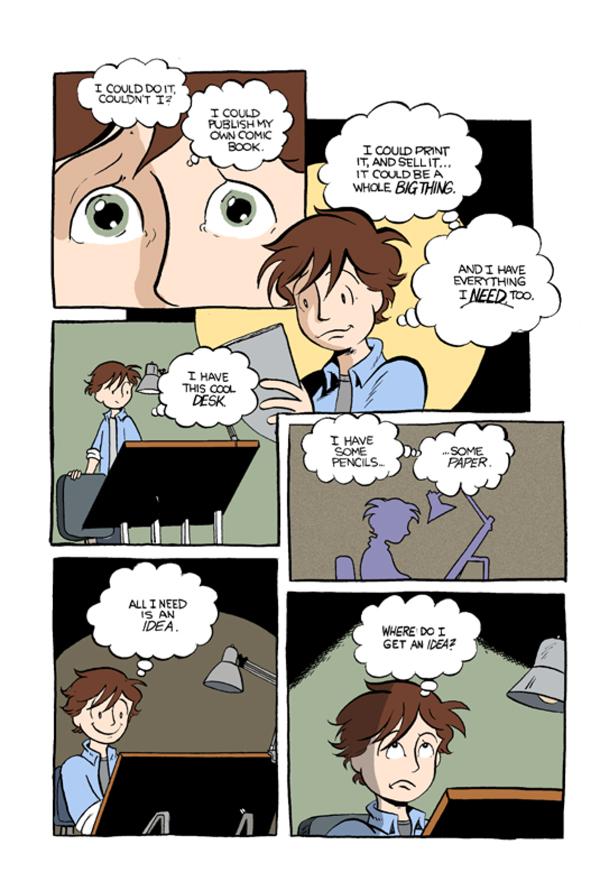 Surely the two most frequent questions comic creators are asked are “Where do you get your ideas from?” and “How did you get started?” It’s not every comic creator who then turns out his own book to answer those questions. Then, as a regular addressing school audiences thanks to his excellent Amelia Rules! series, Jimmy Gownley probably hears those questions more than most.

We learn that the thirteen year old Gownley grew up a Pennsylvania town lacking a library, or indeed much else in the way of facilities, yet his imagination was sparked by the comics he could acquire. Always a top student when younger, he found high school more problematical, and a turning point was being challenged in class and accused of giving up rather than knuckling under. His solution was to create his own comic.

The significance of the book’s title isn’t revealed until midway through, when Gownley’s best friend suggests he’d be better off using them and high school life as the basis for his material. In a modified form, the result, Shades of Grey, would be the starting point of a career. We also learn of first love, friendship, and the restrictions of small towns.

This is all the material Gownley would funnel so adroitly into Amelia Rules!, simultaneously charming and tugging at the heart strings amid some wonderful cartooning, with a first person narrative directly addressing the reader. He employs much the same techniques for the Dumbest Idea Ever!, down to the titular exclamation mark, but it’s nowhere near as satisfying. In fact were it not for the magnificent cartooning it would be dull in places, as it’s not until the final third of the book that we have some compression. Prior to that point Gownley luxuriates in the page count and hardly unique experiences are extended too far.

When the story finally picks up, decisions have been made, and faltering steps bringing two teenagers together have resulted in a relationship, leaving Gownley to skate through territory he’s fairly well claimed as his own for the final third of the book. On form only Rana Telegemeier matches his combination of charm, honesty and deft emotional characterisation. Gownley’s brief and tragic coda shines a new perspective on much that’s been related.

Although The Dumbest Idea Ever! could be considered disappointing, that’s only in comparison with previous work, and there’s no question of sub-standard cartooning. Gownley’s style is emotive, charming and friendly, inviting you into his world and delivering characters with sympathetic appeal. What should also be taken into consideration is that this is a tale aimed at the high school readership, and inspirational success stories in an achievable field can’t be a bad thing.