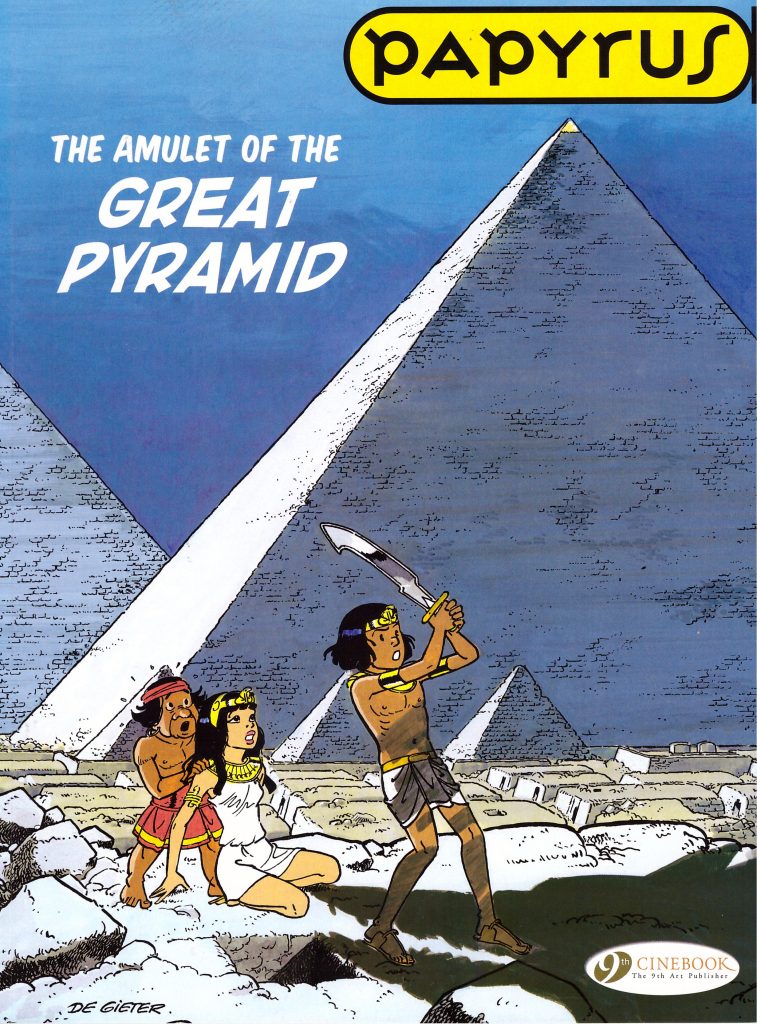 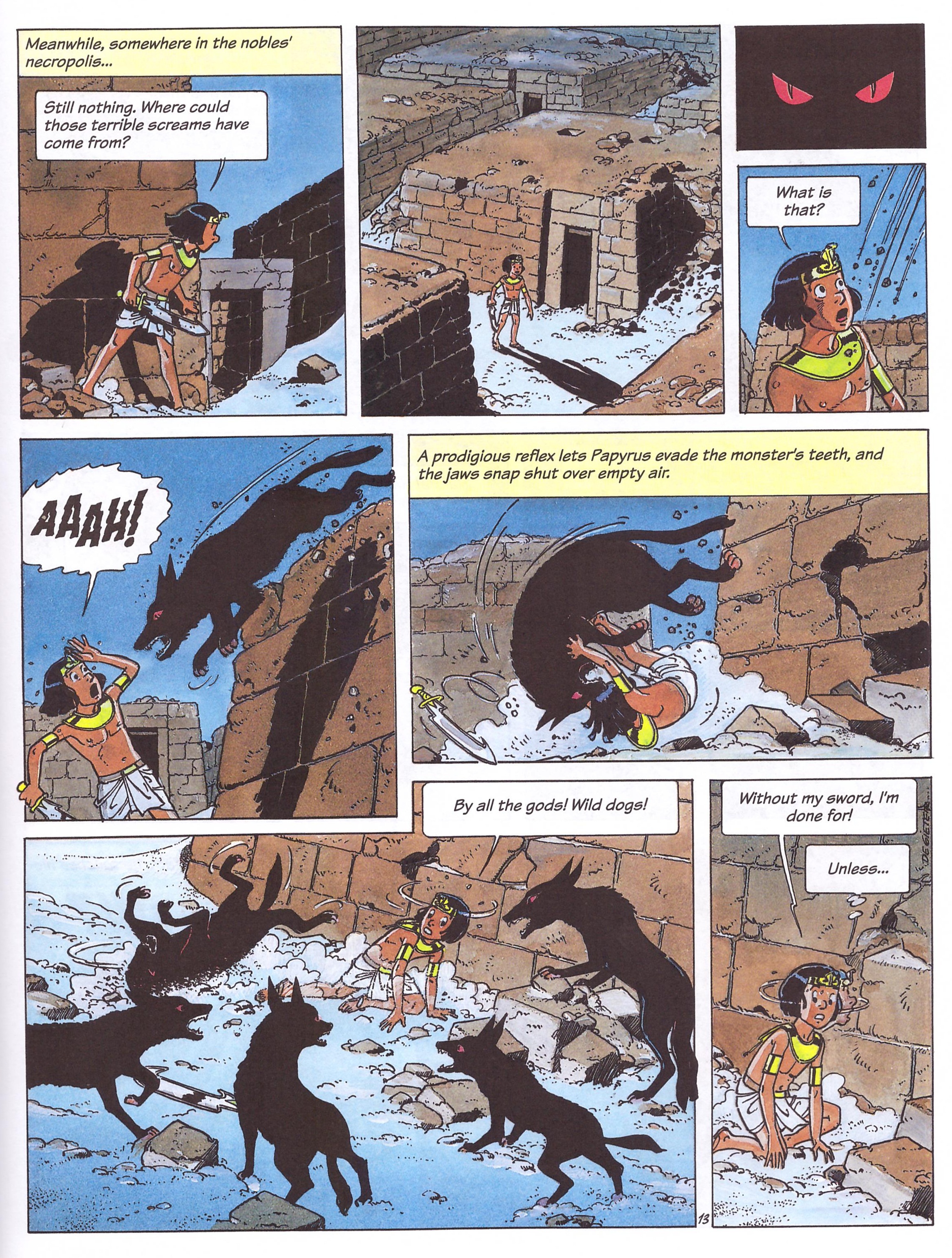 Lucien De Gieter’s charming stories of a young servant boy living in ancient Egypt continue as he’s tasked by Anubis, the God of the Dead, to locate a mystical talisman within Giza’s Great Pyramid. Anubis is angry at the continued desecration of graves by robbers seeking items of value, and so he’s deliberately ordered a very difficult task involving searching the Great Pyramid from top to bottom.

The entire Papyrus series is concerned with perpetuating the wonder of ancient Egyptian culture and beliefs, and incorporating them into accessible all-ages adventure stories, delivering a very painless form of education. Much of the book is concerned with Papyrus’ adventures in the Great Pyramid, and De Gieter explains the structural eccentricities, with its passages, air vents, and traps to deter robbers, and additionally slots in a fair amount of history. Despite being a tomb, there’s plenty of life in the pyramid, and over the course of his journey Papyrus has several conversations, some of whom aren’t with people pleased to meet him. If “curse you and your descendants unto the thirtieth generation” wasn’t bad enough, it’s followed by “may your breath drive crocodiles away, may fungi grow between your toes”, and plenty more amusingly inventive curses.

De Gieter keeps his art deliberately simple, with Papyrus and his friends portrayed as friendly and innocent, and the threats not too frightening for the younger members of the audience. Very occasionally he lets himself go, an example being an early half page where the Giza pyramids are shown upside down at a dizzying angle, but the priority is keeping things clear.

By the end of the adventure Papyrus has had to use the equivalent of the get out of jail free card promised by another God in a previous book, and there’s some trickery to fob off some thieves. Adult readers will see it coming, but it should enthral youngsters. And for anyone who may have wondered where Anubis gets his hounds from, an answer is provided.

The Amulet of the Great Pyramid is another chunk of fun, but doesn’t seem to have caught on with an English language audience as there’s been no new Papyrus translation since 2015.