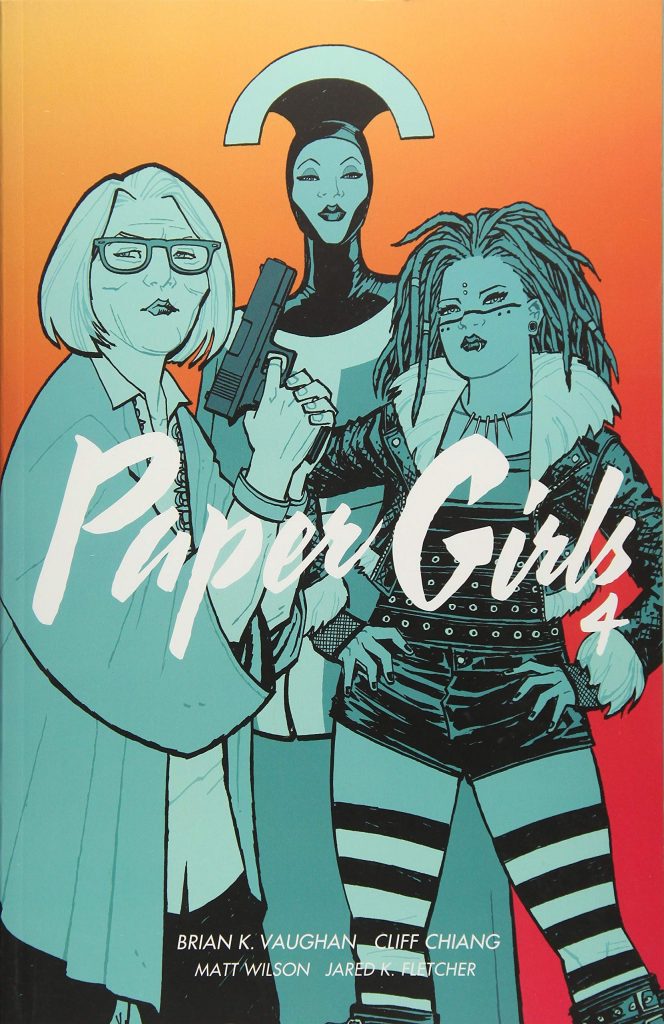 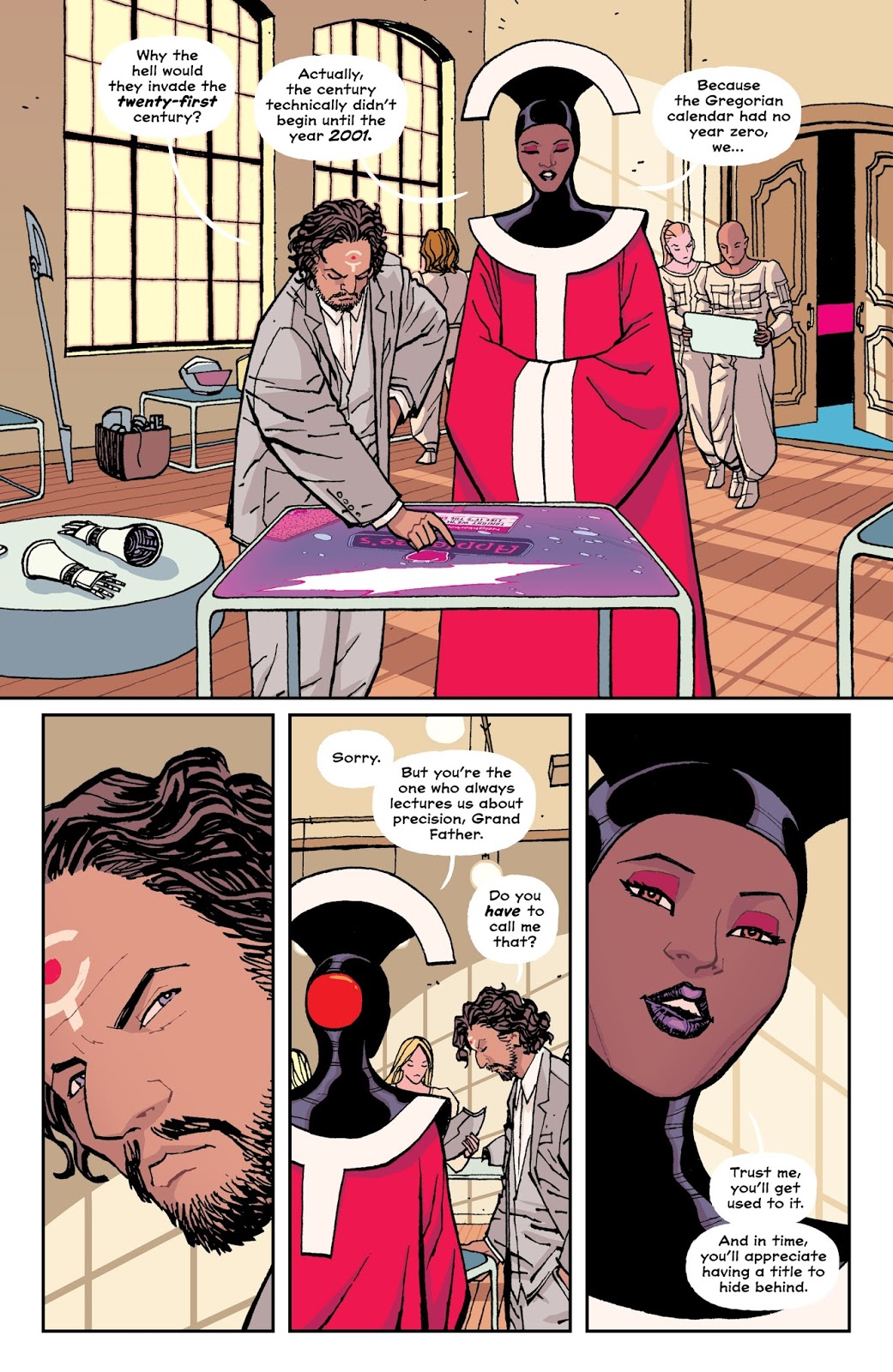 What started as four girls on their paper round in 1988 has turned into one weird ride as they’ve met their counterparts from the future, seen how the world’s changed, stood accused of meddling with time and reunited after being separated. At the end of Paper Girls 3 everyone was bounced back to their home town, but in 1999. Until now Brian K. Vaughan has deliberately thrown the four teenage girls from one crisis to the next, having them adapt as they go along and only dropping hints as to the bigger picture, but that changes as the opening chapters lay out the background. That’s best discovered by reading, but the way Erin, KJ and Mac learn what’s going on is via the creator of daily newspaper strip, and that’s the sort of ofbeat plotting characterising the series.

As ever, Vaughan’s plot is surreal and adventurous, keeping the tension and providing Cliff Chiang with some great scenes to draw. To counterpoint the explanations taking place Chiang gets to draw what are to all intents and purposes two massive Transformers battering each other. However, his designs for these are wonderful, each a different style, indicating their in-story production from different designers. He’s also superb with the cast. Given their experiences, capturing their reactions to what’s happening is essential, and Chiang keeps them believable and grounded during the insanity all around them.

Erin and KJ have already discovered what may lie ahead in their future, and in 1999 it’s Tiffany’s turn to learn about a path she may take. Seasoned readers of science fiction are aware of theories about alternate futures, but a nice aspect about young girls from 1988 is that Back to the Future notwithstanding, they assume their destiny is engraved in stone. As ever, Vaughan’s imagination is incredible, and his sense of drama first rate, so the best way to approach Paper Girls is to go with the flow, accept what’s happened and enjoy the ride. Everything will be explained in the end. After all, has Vaughan ever let you down?