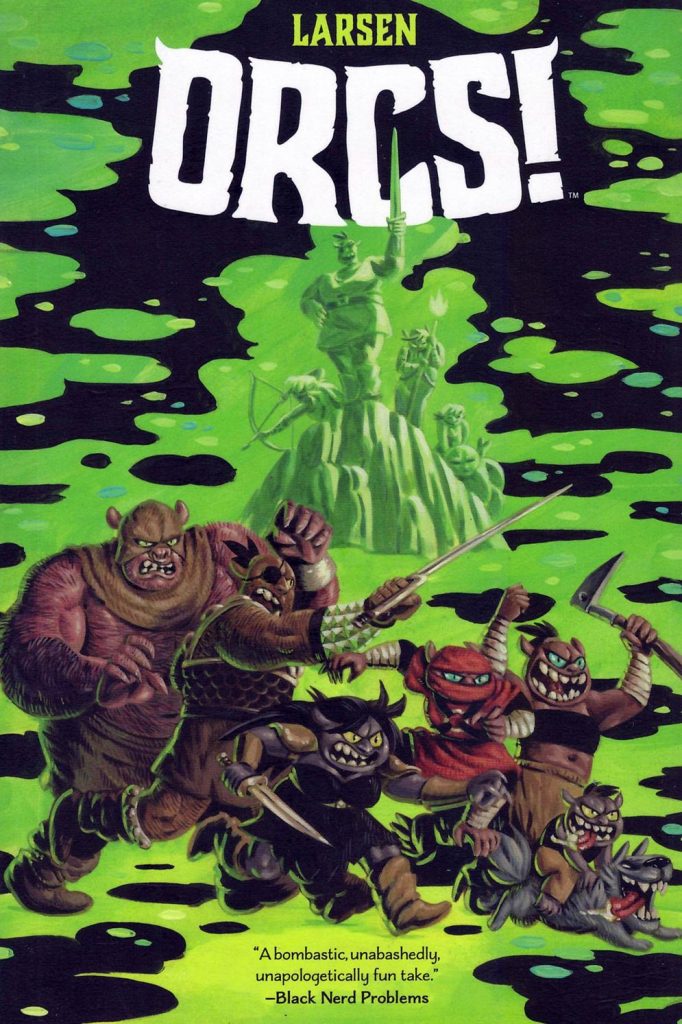 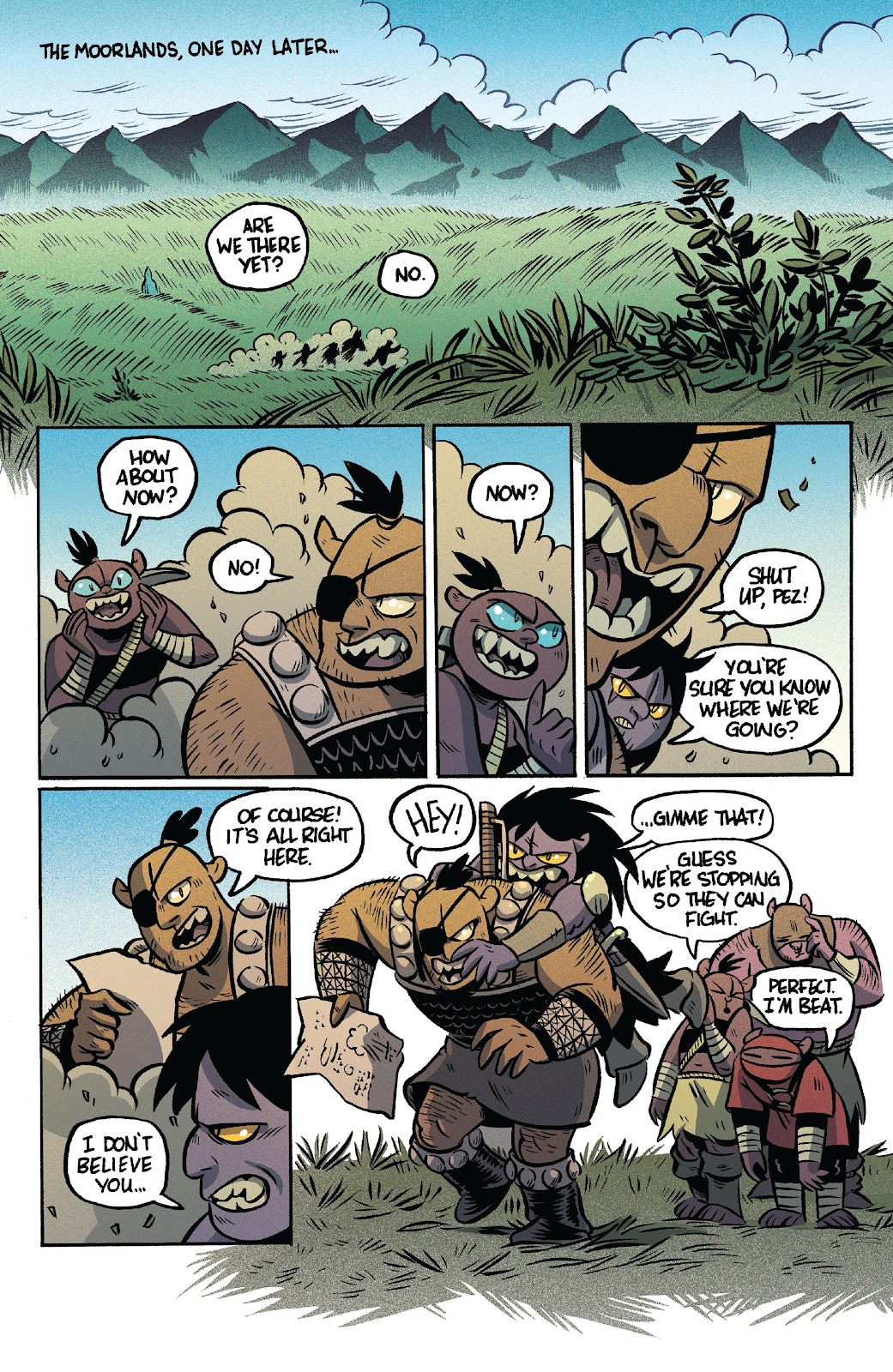 In fantasy mythology Orcs are somewhat underplayed, their most prominent role probably in Lord of the Rings, which characterises them as big brutes, but none too bright. Christine Larsen obviously feels their potential has been under-appreciated.

Orcs! follows Bog and his friends who are exiled from their tribe in disgrace for misdemeanours committed in the opening chapters. Bog is a believer in the old ways, so much so that he wears an eyepatch he doesn’t need in honour of great Orc warrior Drod One-Eye, adventurer and hero, but possibly also mythical.

Larsen’s cartooning is the shining path found in Orcs! She creates magnificently lumpy and ugly creatures, yet also designed to be friendly enough for an all-ages audience, and gives them great expressions amid brightly coloured locations. The sheer amount of life serves to distract from there not being a great deal of plot. The exploits of Drod in the past are run alongside Bog’s current predicament, and they eventually both begin quests.

The worlds of both are populated with other fantasy creatures such as elves and trolls, but it’s the squirrels that really bear watching. A frustration is that Larsen continually seems to have an eye on a sequel, as whenever a question arises, Larsen dodges the answer, and that’s in a story where there would be more than enough space. This wouldn’t be such a great problem if the antics of Bog and his crew really charmed or if there were any great surprises, but Orcs! fails on both counts. The art is fantastic, but there’s not enough to back it up.

By the end a mission has been achieved, but there’s little indication of why it was necessary in the first place. A foreboding ending is provided to entice readers into Orcs!: The Curse.