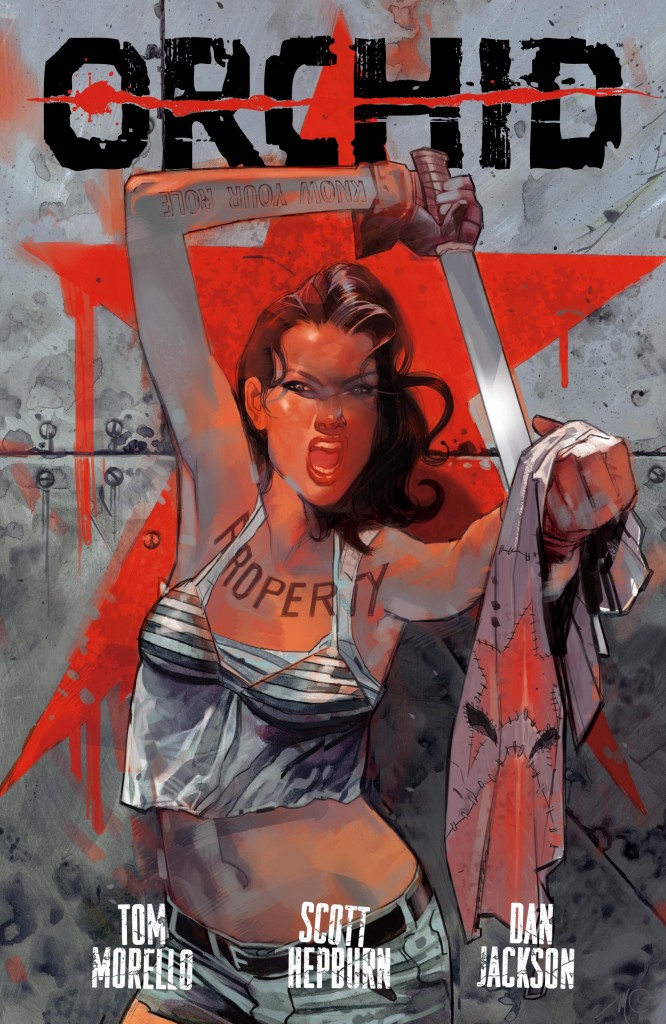 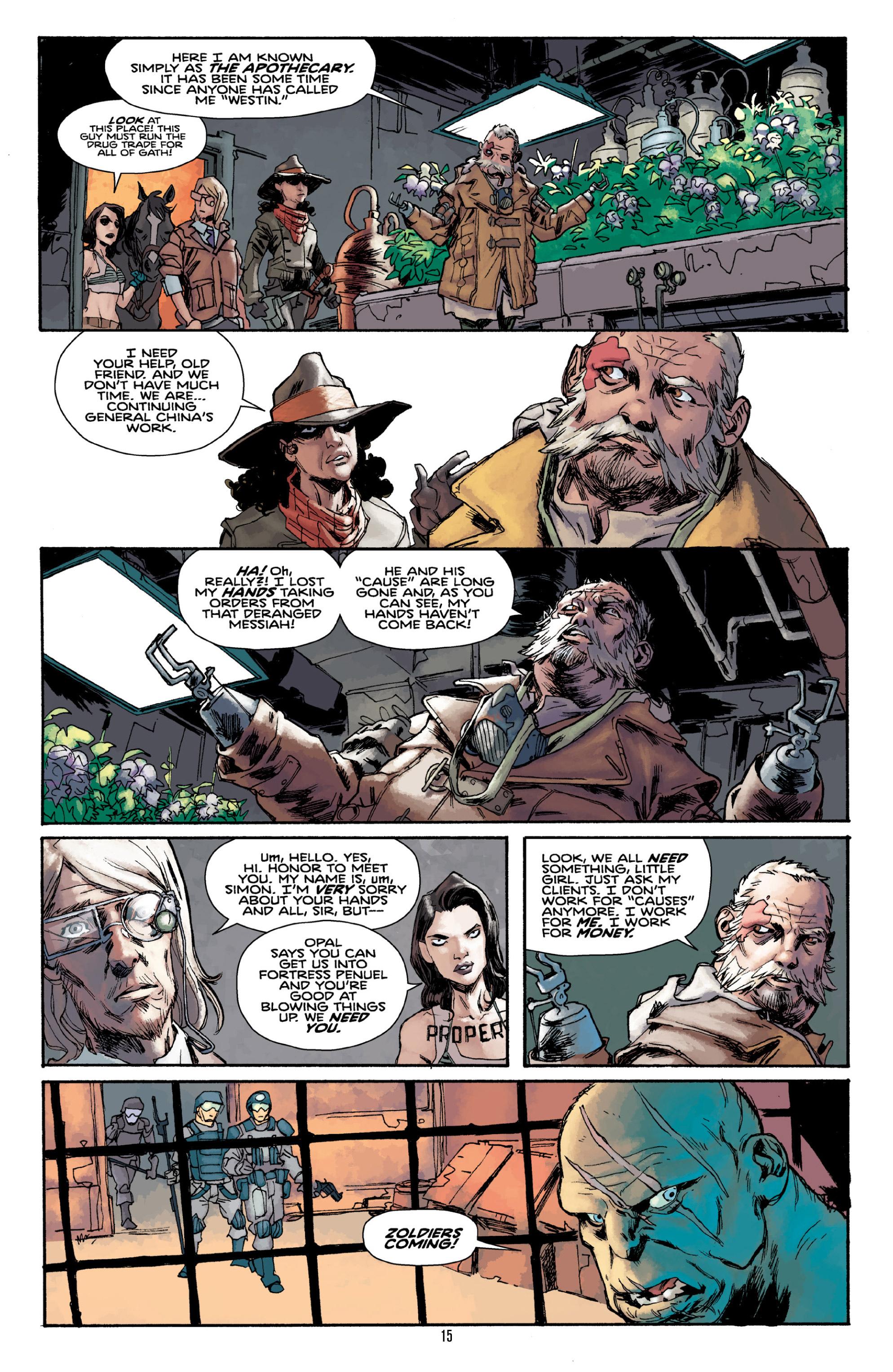 Tom Morello’s back of the book afterwords reveal he considers his SF/fantasy to be a tale examining the class system, yet it’s far more one of redemption. It’s already been detailed in volume one that each of the three lead characters is riddled with a form of regret, and each equally has skills that alone have proved fruitless in adjusting the status quo. That was before they met Orchid, herself someone who’d become accustomed to a level of subservience, but had reached the point of no return. Simon has the intelligence and the reading, while Opal is a warrior who’d subjected herself to isolated banishment.

It’s still difficult to escape the thought of an episodic 2000AD story in which the protagonists are pitched against one new threat after another, sometimes creative, sometimes seemingly space filling, as they move toward an ultimate aim in minute increments. As previously the narrative is punctuated by interludes relating the backgrounds of significant characters. This leads to a good twist concerning rebel leader China, believed to be defeated, yet here in full fighting fettle.

Scott Hepburn’s artistic style is one more commonly seen in European albums, really busy, not stinting on detail and good with figures, movement and background. Morello’s plot calls for Hepburn to be constantly designing new mechanical threats in addition to new cast members, and he comes up trumps every time. The mechanical beasts are constructed in a factory by those who’ve taught themselves to use discovered technology, and Hepburn gives them the an appropriately strange look. They’re fearsome and they’re deadly, but they’re also very eccentrically designed.

There’s a convenience to the plot. Morello’s characters serve a brief purpose, then fade into the background, but they don’t ever cause you to love them as you should, and this emotional detachment is a big drawback. It’s already been apparent that this is a belated coming of age story for Orchid, but even she suffers from the ennui concerning the case, being a totem with little purpose. That changes by the end of this book as the revolution is afoot in a manner not seen in a generation, and despite his iron fist and his resources, antagonist in chief Tomo Wolfe may have cause to fear. We’ll find out in volume three.