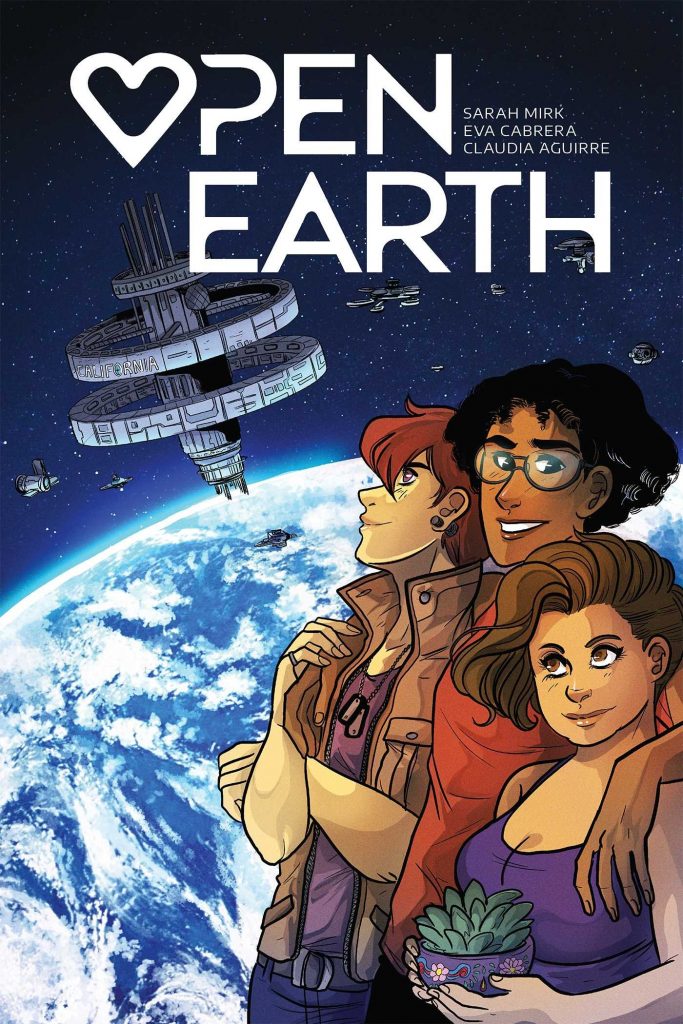 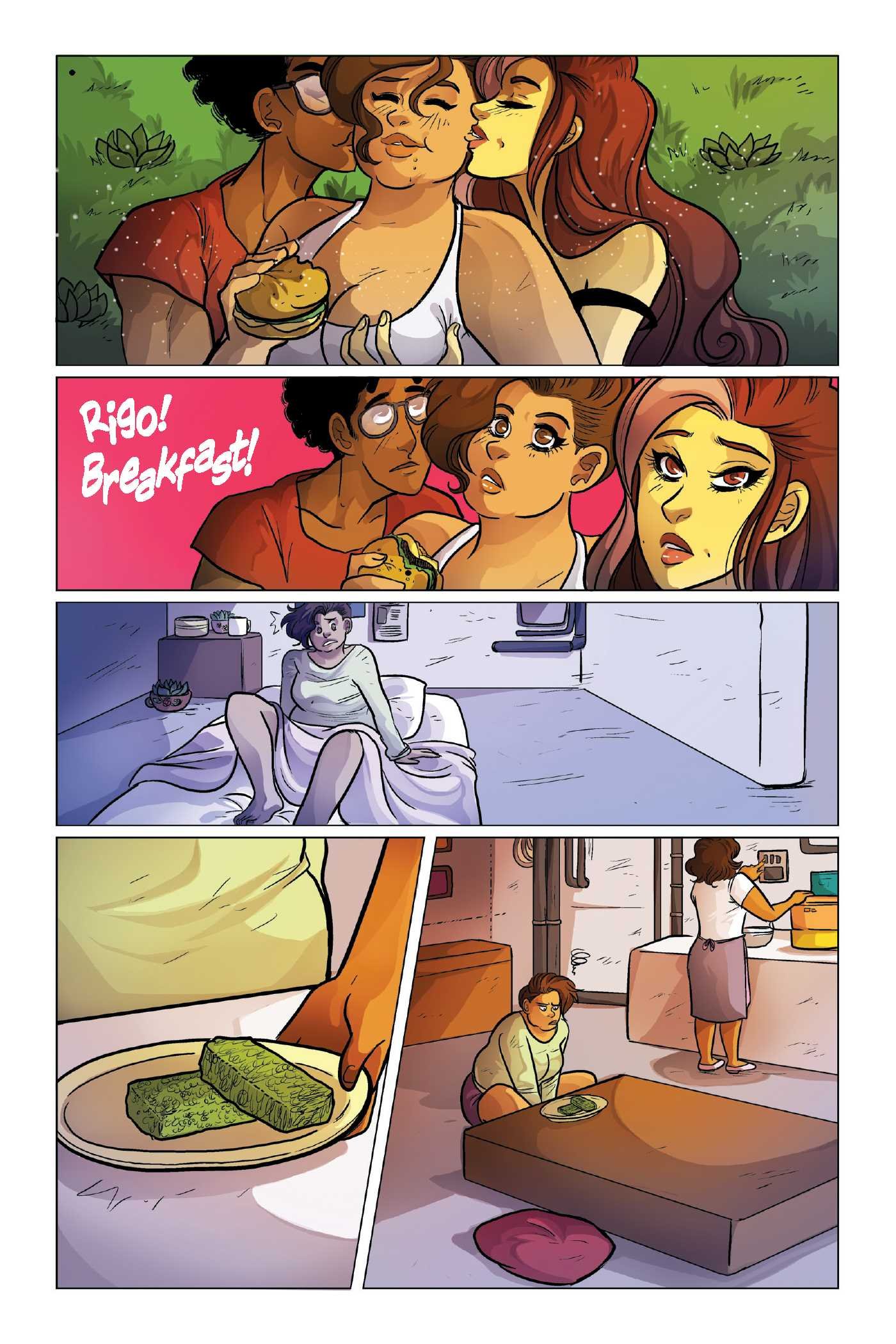 Rigo is a frustrated teenager living on a space station orbiting Earth, where both her parents are employed as research scientists. Like all teenagers, there’s a rebellious attitude, a rejection of her parents’ ways, but this is augmented with an extra dose of frustration due to confinement. The Space station is where she was born, and it seems there’s no returning to Earth as conditions were deteriorating when her parents left, and there’s been no response to the reports they send for years. There aren’t even communications with other orbiting space stations. Living in an enclosed environment has to led to those born there rejecting the monogamous attachments of their parents, and indulging in a casual sex with whomever.

An immediately striking aspect of Open Earth is Sarah Mirk peppering predominantly English dialogue with Spanish phrases, Spanglish as she has it, representative of California’s pan cultural society before the partial evacuation. “Quédate aqui! I’ll go deliver it”, says Rigo, or “Gracias for that”, but it’s half-hearted, due to the limited use. Pages at a time pass without a single Spanish word, and they’re absent from any complex dialogue. While the complication of endless translated footnotes is obvious, the negligence means plain English (or plain Spanish) would have been a better bet.

Eva Cabrera’s facility for visually conveying how characters feel is necessary in a script that really doesn’t head anywhere interesting. The reason for the space station is apparent, but any questions about Earth are left hanging as the focus becomes Rigo’s complicated emotional yearnings. She’s keen on Carver, but should she be monogamous? Especially when she dreams of sex with the female Atwood, and enjoys a good pounding in zero gravity with Hex. Never mind what Franklin feels about Carver. It all means that Open Earth is a teenage soap opera with sex scenes pushing it toward erotica, which is meant to be the purpose. If that’s the case, why bother with all the set-up that’s never explored? Don’t bore us, get to the chorus, as Roxette once announced. An open-minded worldview is good, but there’s too much concern about ticking all boxes to provide much entertainment. It’s all good natured fun, but for all the angst there’s zero depth, so more flat Earth than open Earth. It’s hoped future graphic novels from Limerence Press have more content.