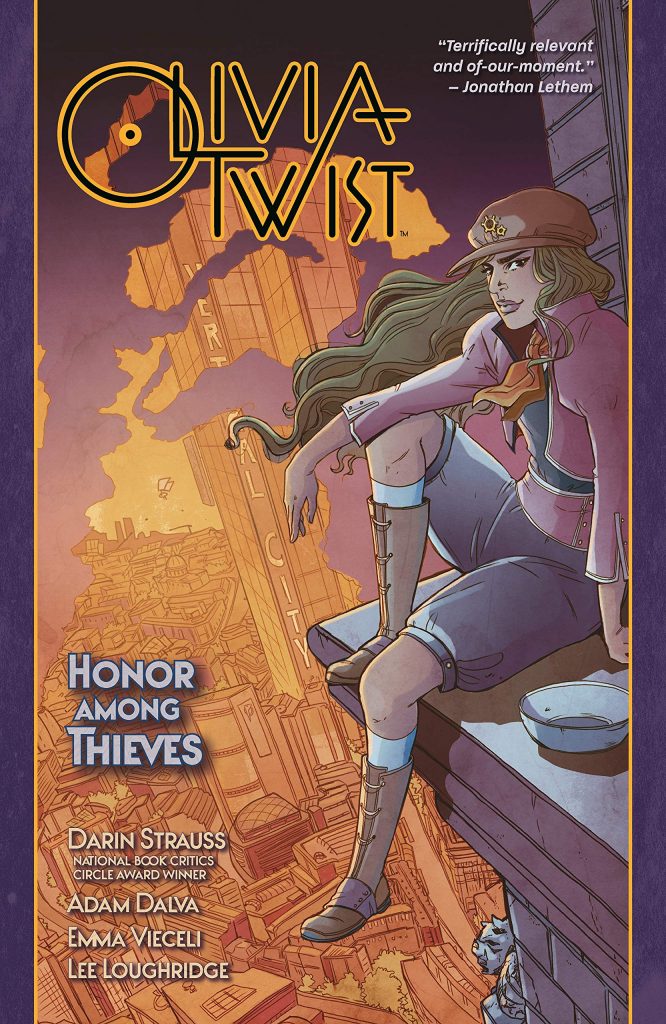 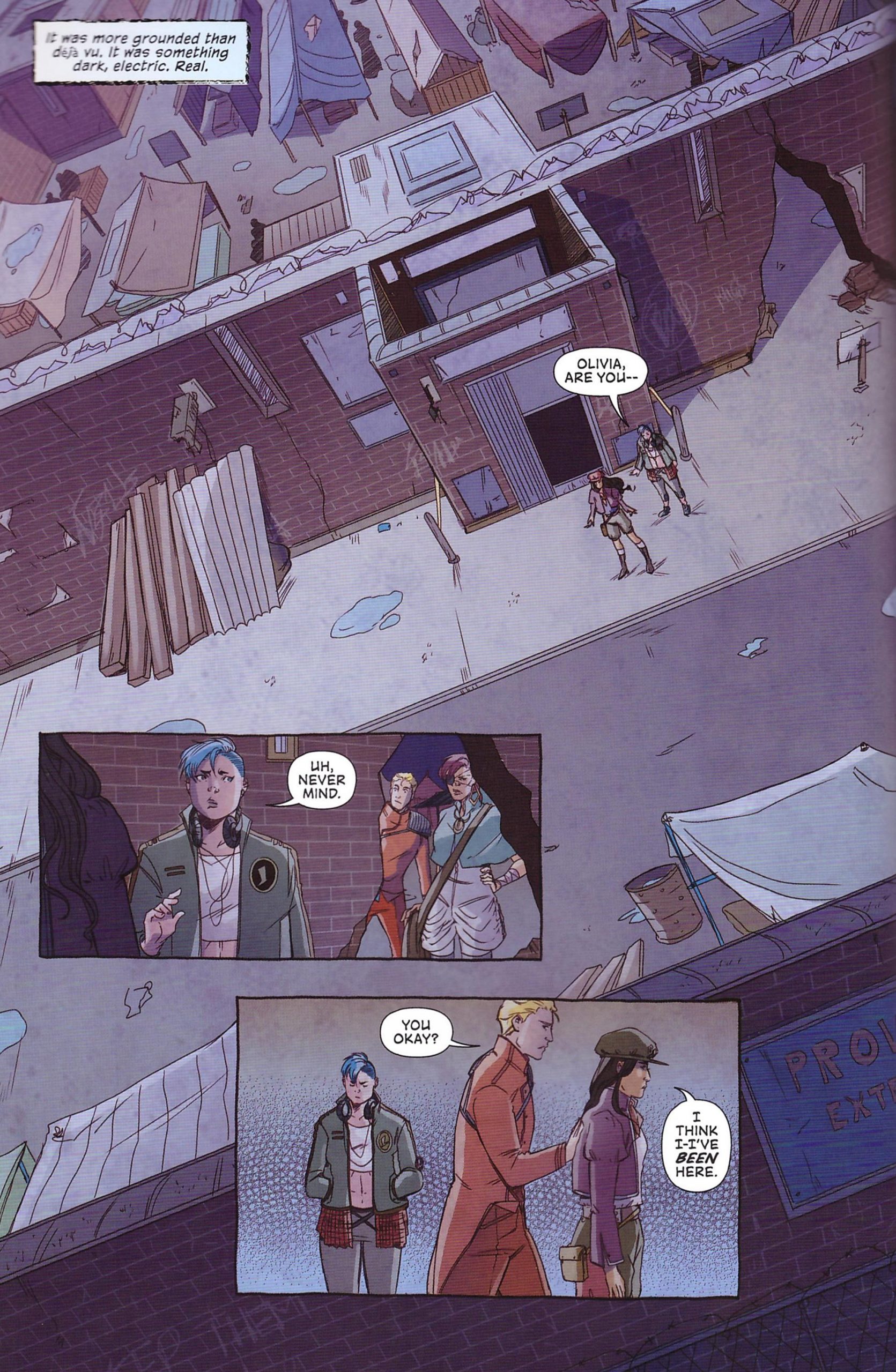 Darin Strauss and Adam Dalva’s 2019 updating of Charles Dickens’ Oliver Twist looks not only backwards to the 19th century original, but forward to 2050, extrapolating on the increasing bigotry and intolerance of the United Kingdom, and its government’s habit of outsourcing to corporations. They include other literary and political references, such as George Orwell’s talent for supplying benign names for nefarious purpose, and while Dickens provides their basic plot, much of the window dressing is down to Strauss and Dalva.

For all that, the story of Olivia’s progress from workhouse orphan through streetwise survivor to instigator of revolution doesn’t grab as it should. Emma Vieceli has the occasional problem with stunted limbs, but the art is otherwise fine, lively in creating a depressing dystopian future where the underclass are no more cared for two hundred years on than they were in Dickens’ era. The colouring, though, is not altogether sympathetic, Lee Loughridge using swathes of a single colour over a page except for odd panels where the scene changes. It dampens the mood.

The dialogue frequently distracts rather than flows, often expository, sometimes pompous, Strauss and Dalva too taken with mashing Dickensian terms with their shorthand futurism, unable to let a smart remark go no matter how intrusive it may be. Sometimes these are clumsily inserted, such as a crude dick joke, and at others, such as the sample page, the speech is halting and rings false. The writers are also all too obviously ticking boxes regarding inclusivity. In an afterword Dalva considers that some of Dickens’ cast no longer work, whether too feeble, so some ambiguity is required, or unpalatable as caricatures, so gender and attitude are changed, beefed up or toned down. Strauss and Dalva are further unable to resist the temptation to show off. By all means name individual chapters after different Dickens novels, but shipping in characters bearing the names of people from other novels is supplying expectations never met. A bigger connected problem is that every time the reader is distracted by some glib intrusion there’s time to consider other questionable aspects, the sample page again providing an example. Would Olivia, or anyone, even vaguely recognise being somewhere they last saw as a babe in arms?

Olivia broadly follows Oliver Twist’s path, but despite the comment about Dickens’ characters not all being suitable for the world of the future, Strauss and Dalva don’t manage anything better. Olivia is never established as someone we have much sympathy for, and by the time we really understand their upgraded Pip Honor Among Thieves has degenerated into standard action SF.