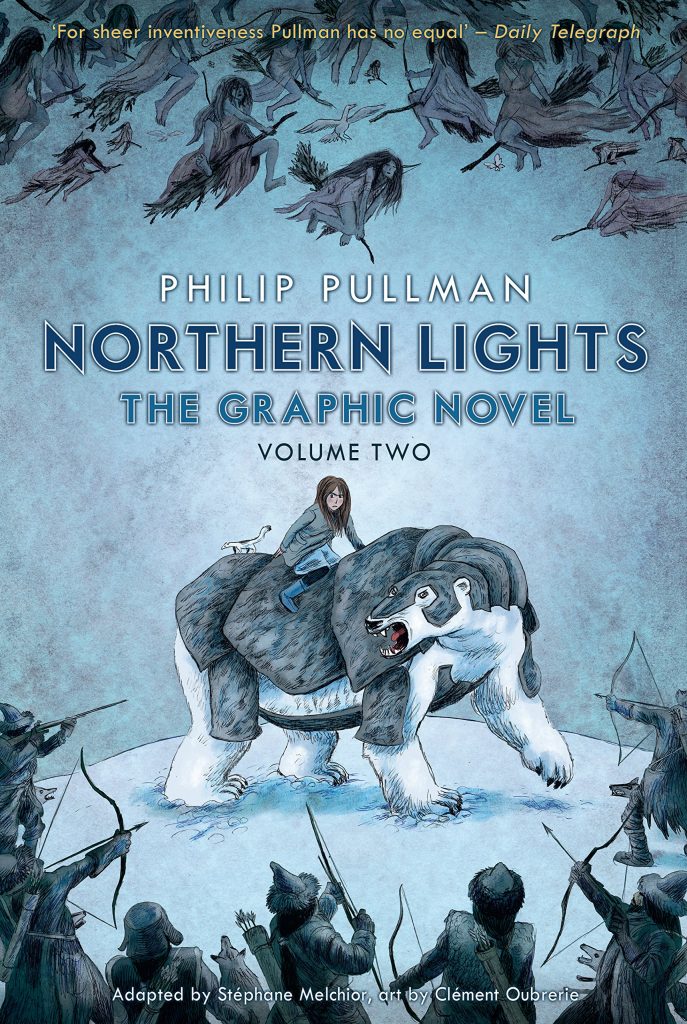 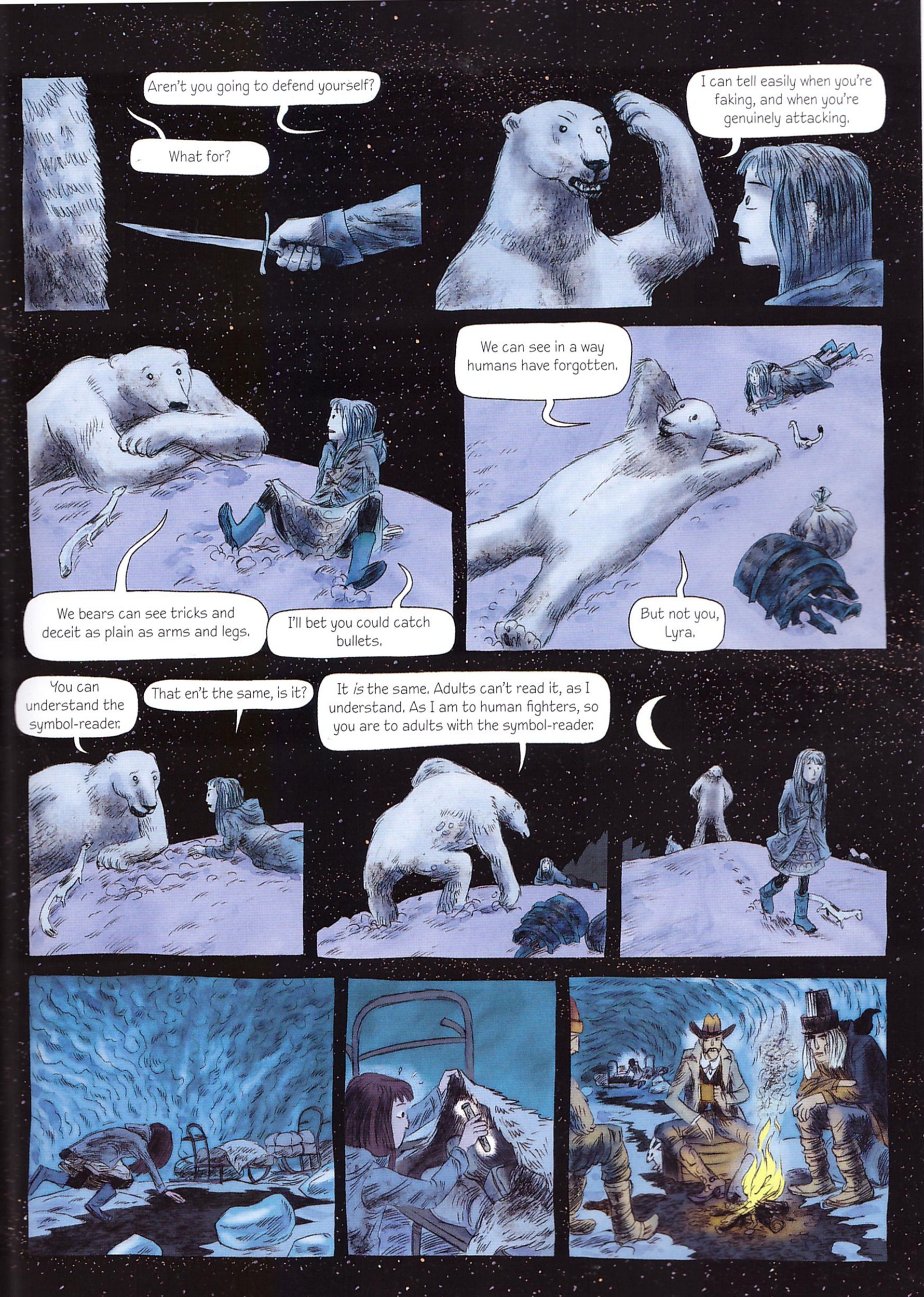 Such is Stéphane Melchior and Clément Oubrerie’s determination to be faithful to Philip Pullman’s vision, they’re serialising the opening volume of his complex trilogy across two hundred plus pages and three volumes. The first was a resounding success, winning awards, and the same level of care and attention to detail is displayed in this middle portion.

In a world like Earth, but where many animals are intelligent, the always inquisitive Lyra Belacqua has stumbled into quite the growth curve, learning she’s not an orphan, is in fact the child of some influential people, and has set off on a grand adventure. Her current concern is that her best friend Roger has been abducted by the Gobblers, who could be acting under the orders of her mother.

Oubrerie has a sketchy style that’s good at conveying the grubbier aspects of Lyra’s world, showing objects are well used, yet when glamour or beauty is needed, Oubrerie manages that equally well, often through the simple mechanism of changing his colours. His people are somewhat anonymous, but as they’re largely seen from a distance and distinguished via hair and clothing, this doesn’t matter, and as the sample page shows, it’s not anything that prevents moments of warmth and intimacy. This volume introduces a new character, the armoured bear Iorek, and Oubrerie provides terrific scenes showing just what a polar bear in full attack mode can do.

Pullman’s is a dark story, constantly endangering children and with death commonplace. Melchior doesn’t soft soap this, with a sinister sequence set in a camp where children undergo often fatal experiments the stuff of nightmares for younger readers. The imaginative mixture of science and fantasy creates a unique experience and the adventure is sustained throughout, the graphic novels having a far greater pace to them than Pullman’s original books. From roughly a third of the way through this volume the action rarely slows, and the suspense rarely diminishes.

It’s often the case that people who love the original book find only disappointment in an adaptation to another medium, but Northern Lights fans can buy with confidence.