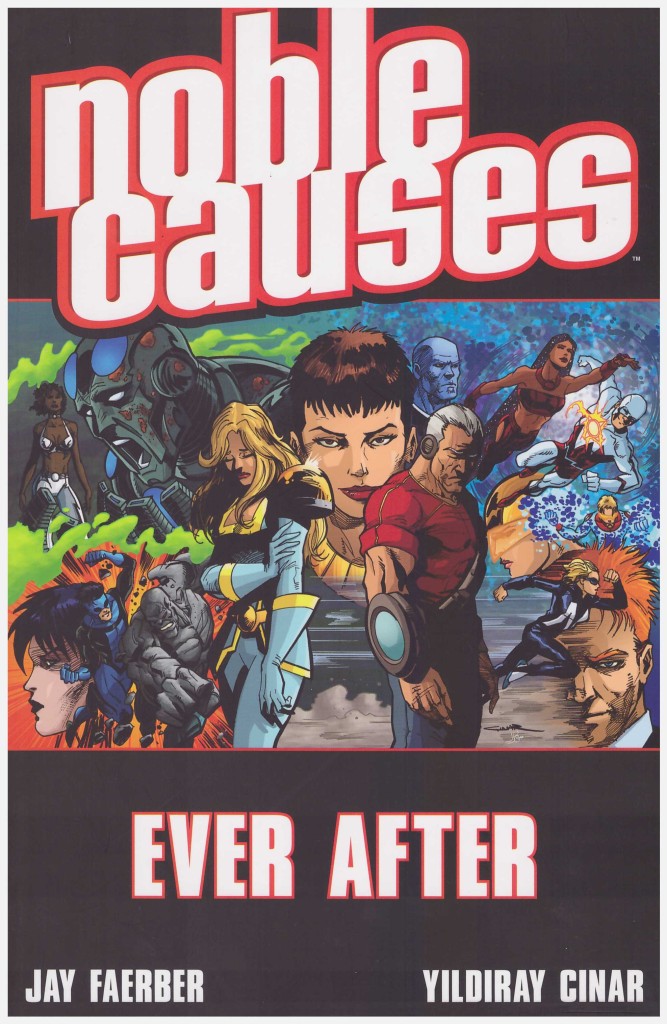 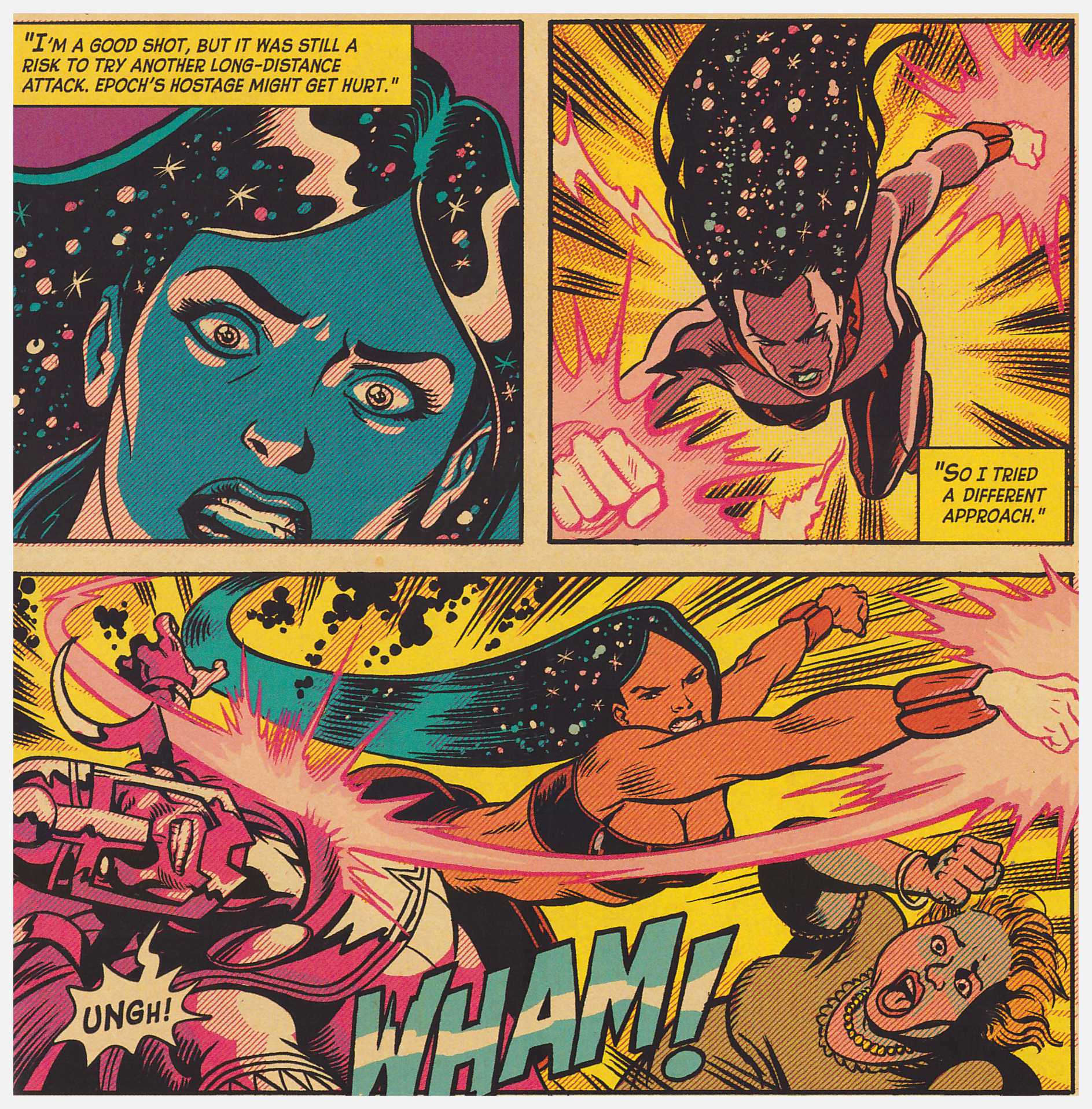 This is the final volume of what has been a very well written superhero series, but one where the art has consistently failed to match the quality of the plotting. That’s sadly the pattern here also, with Yildiray Cinar’s layouts improving slightly on Five Years Later, but still hardly sparkling.

Writer and creator Jay Faerber’s given reason for discontinuing Noble Causes was he’d experienced increasing difficulty continuing in the same vein, and there’s evidence here. Not that this is poorly written material, but the plots are more straightforward than previously, and there are far fewer of the jaw-dropping surprises and shocks that have characterised the series.

We open with a very much by the numbers superhero slugfest. Invincible drops by as Slate is chatting with his sister, and while this time Invincible’s presence is greater than the cameos of the past, it’s not gripping. It’s followed by a tale of rust affecting Rusty, which has some poignancy, then a story set in the 1950s offering an explanation of one aspect of how the series has changed since Star-Crossed. Extra effort is made to produce the story in an old-fashioned style, down to the production incorporating faked yellowing pages, and the four colour printing process breaking the colours into dots, and it’s Ever After‘s highlight.

The final chapter answers a few questions that have been motoring along in the background. We discover what’s happened to Liz and Race, and Doc Noble has a choice to make. It’s a nice touch that we don’t discover the decision he comes to.