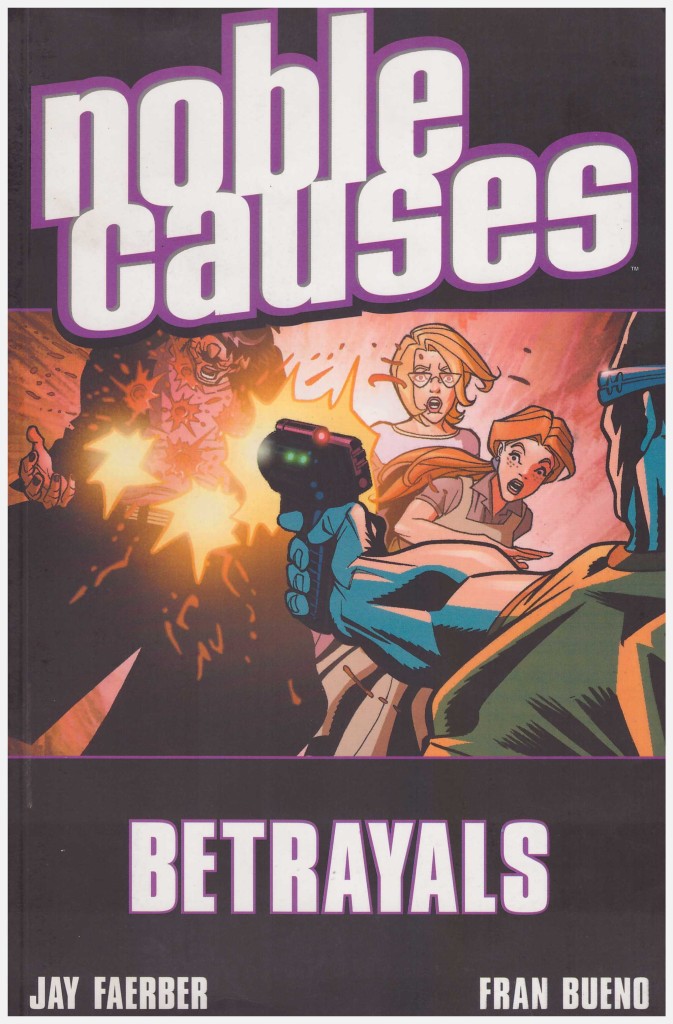 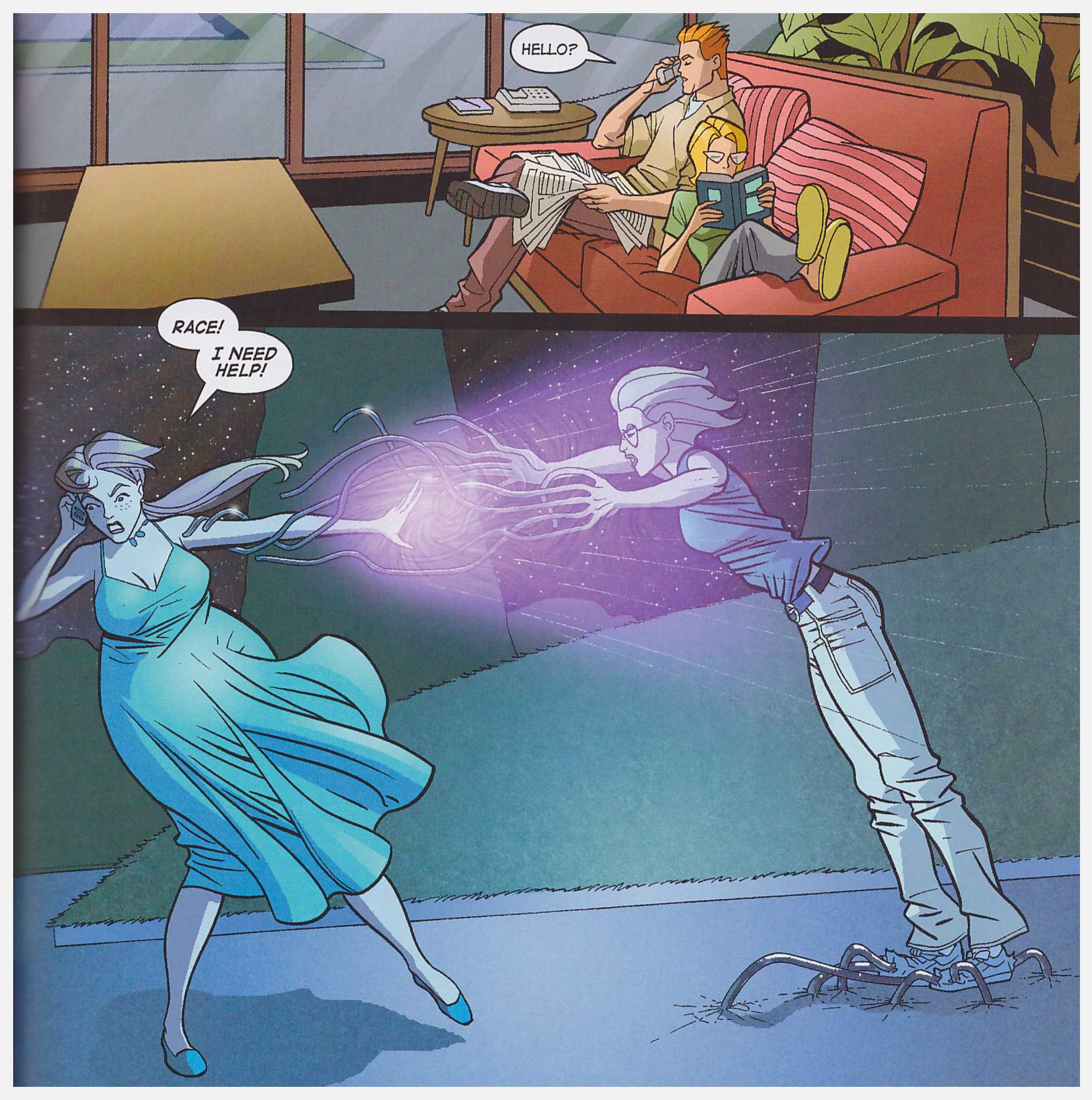 A couple of plot threads were left hanging last time, and we arrive at those early in Betrayals, but before then there’s a charming opener with just Race and Liz in which a promise has been secured that for a single day he’ll not employ his super powers.

To conclude Blood and Water it was revealed that not all was as it seemed for one member of the Noble family, and we left Celeste, Rusty, Cosmic Rae and Frost in another dimension on an army-related mission to rescue some scientists. We learn early here that deception is the order of the day. As if all that wasn’t enough, robot duplicates of cast members are manifesting.

The usual soap opera interaction expected in Noble Causes benefits from an expanded cast, but where Jay Faerber really strikes gold is by tying certain elements of his plot together in a very unexpected manner. It’s a hats off moment.

By the end of the book all outstanding problems have been resolved in exemplary fashion, but new ones have occurred. Not least among them is Frost once again being completely misunderstood, and further alienated.

Fran Bueno’s cartooning looks a little more hurried than previously, but not to the point of greatly impacting on the story, and he’s back again for Hidden Agendas. There’s also some decent art from a younger, but already talented, Valentine De Landro on a back-up feature written by Faerber. This was a chapter from a shared universe series where each writer donated their cast for others to play with, so we have Zephyr Noble in the company of Invincible, Firebreather and Shadowhawk. It’s a nice bonus, but hardly essential.

For those who’d prefer, the same content is available in black and white within the bulky Noble Causes Archives volume one. 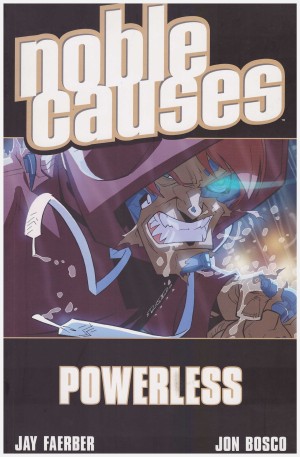 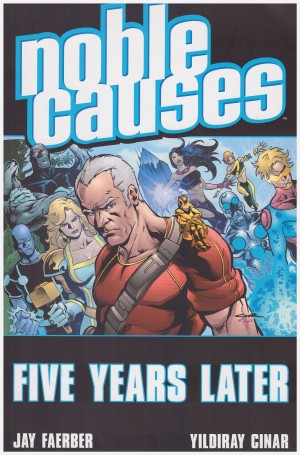