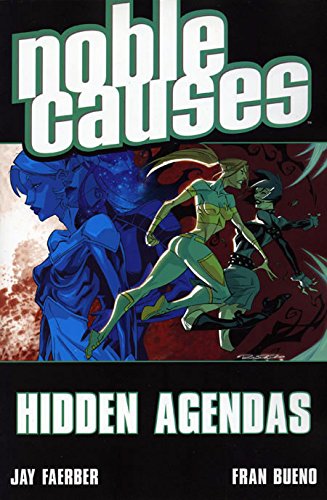 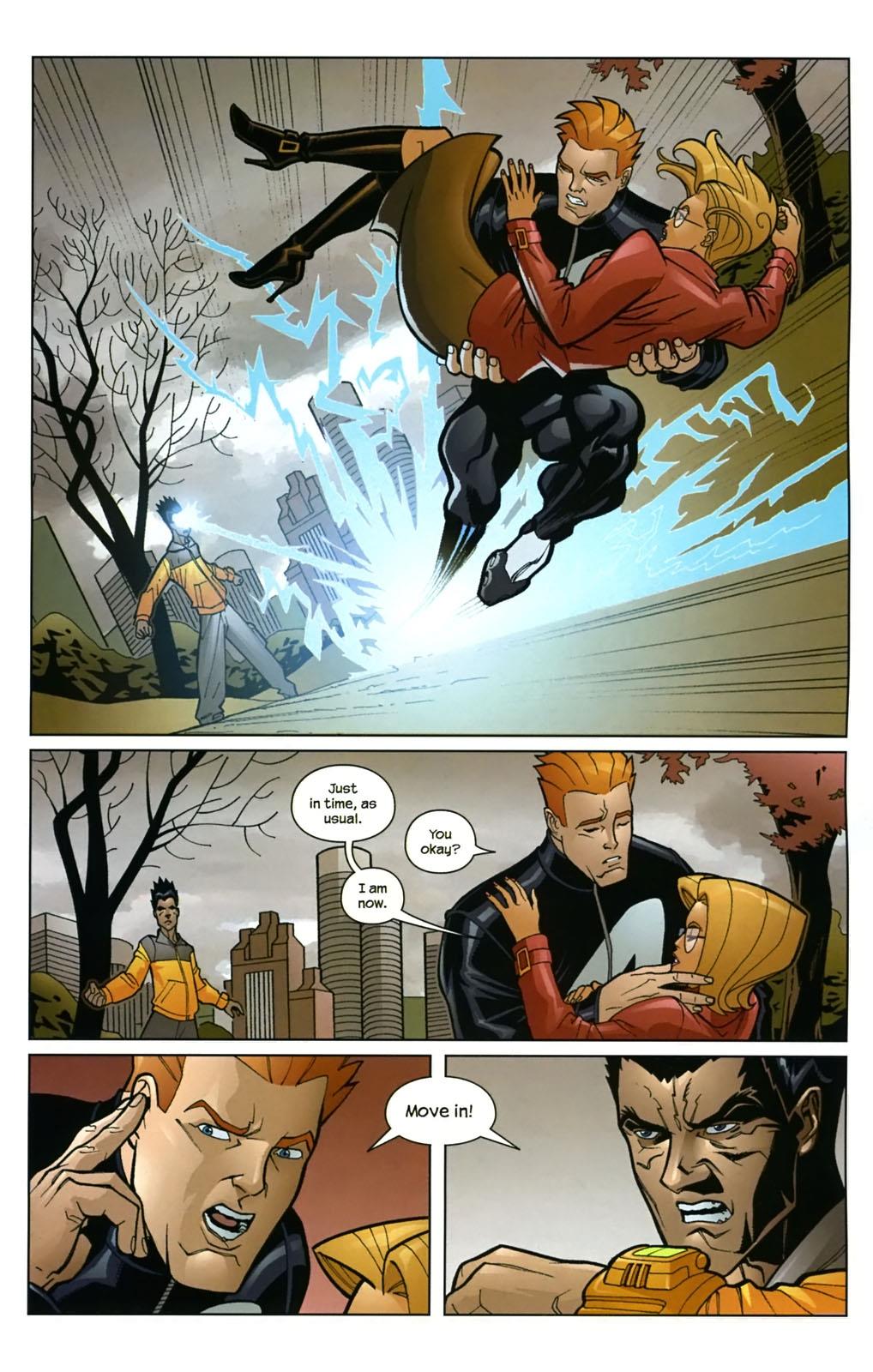 The tagline of “Sex, Secrets & Super Powers” ran on individual issues of Noble Causes from the material printed in Hidden Agendas, and it concisely sums up the series in tabloid manner.

The opening page introduces one Mr Blackthorne, whose parole is granted despite the personal intervention of Doc Noble. The Doc is aware of Blackthorne’s criminal affiliations, yet the only charge is that of tax evasion. Writer Jay Faerber quickly follows up with a flashback explaining the enmity, and displaying exactly what kind of man Blackthorne is. Much of the opening chapter, actually, concentrates on the Blackthorne dynasty, and this provides some added insight into events of the previous volume. Blackthorne’s playing a long game, and several aspects don’t unravel until the following Powerless.

This is a farewell performance for artist Fran Bueno, who’s been so solid over the last three books, and is so again here. He’s responsible for the sequences set in the present day, while Freddie E. Williams illustrates the flashback sequences scattered throughout that inform the situations. He’s not as accomplished, drawing awkward figures and little in the way of backgrounds.

When the spotlight moves back to the Nobles, Zephyr has undergone a life-changing experience, after which she’s decided to change her life by adopting a secret identity and forging her way in the real world. It’s not entirely successful to begin with, but will have repercussions in later books. Faerber also throws in a good surprise here.

The series has always taken an adult approach toward sex, but in Hidden Agendas moves into a more sordid exploitative area. The permutations evolve, the couplings are more frequent, and even in a series exploring celebrity status they’re gratuitous.

Other than that, this is the usual top class superhero soap opera, with surprises aplenty and if some cast members appear to be neglected, don’t worry, their day is coming.

For those who’d prefer a bulk dose of Noble Causes, this can be found in the company of the next two volumes, but in monochrome, as volume two of Noble Causes Archives.