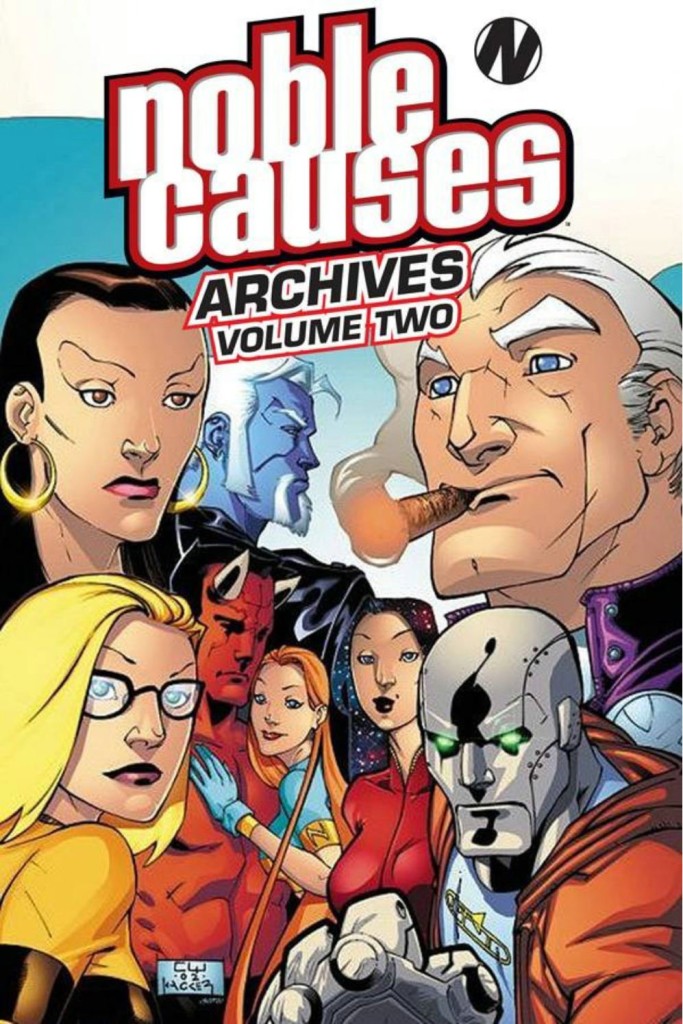 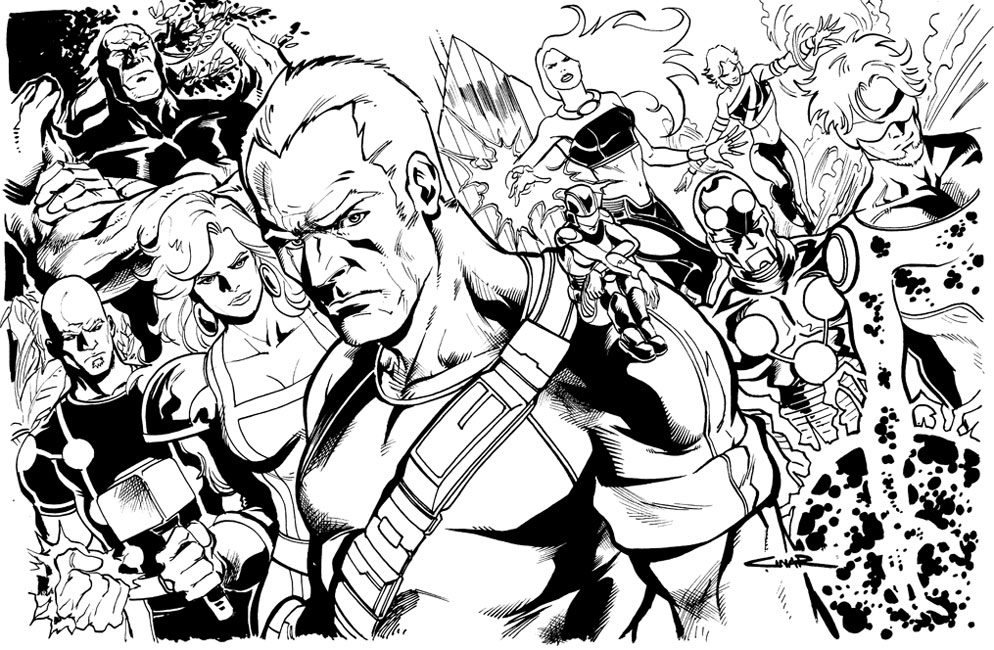 These are somewhat anomalous, as they were all published a considerable while before the material comprising the remainder of the book, and the majority are by guest creators. We have content written by Dan Abnett and Andy Lanning, Geoff Johns, Gail Simone, Brian K. Vaughan and others, with the brief apparently being to expand aspects of Jay Faerber’s stories, or to fill in elements of the past. So we have several tales of Doc Noble, including how he became a superhero and how he and Gaia first met. There are few poor guest contributions in this collection, with Fabian Nicieza’s tale of Zephyr disgracing the family a standout with a good sting in the tail.

The problem with the art for these shorter pieces, though, is that it puts the merely functional regular artists to shame. Even very early in his career Sean Murphy impresses, with a cartoon style removed by leagues from his later pages, and Mitch Breitweiser and Cory Walker are experimenting with styles differing from their familiar work. Mike Norton is already good, while Jamal Igle, Todd Nauck and Roger Robinson would improve.

Much of book deals with the problem of the Blackthorne family, a mirror image criminal dynasty of the Nobles, although not without their own soap-opera style inconveniences. Patriarch Hunter Blackthorne has good reason to hate the Nobles, and the circumstances of this are peeled back layer by layer as he and his family are investigated. As with the Nobles, the Blackthornes have their own controversies and matters swept under the carpet, and it’s particularly difficult attempting to masquerade as heroes when some family members are either incapable or unwilling to suppress their natural tendencies.

Faerber continues his excellent plotting, twisting the stories away from expectations, and dropping one major bombshell to conclude this collection. Those wanting to know what happens next will have to source the original colour volumes Five Years Later and Ever After.

As noted, the biggest problem is the art. Fran Bueno is acceptable, but Yildiray Cinar is functional rather than impressive, with consistently dull layouts and skimped backgrounds that hardly entice. Jon Bosco, responsible for the other full length story, is even worse, not reaching professional standards with his peculiar globular people.

For those able to overlook the poor art there’s an awful to enjoy in the way Faerber twists his cast about. If you’d prefer most of the material in colour the individual volumes are titled Hidden Agendas, Powerless, and Star-Crossed.