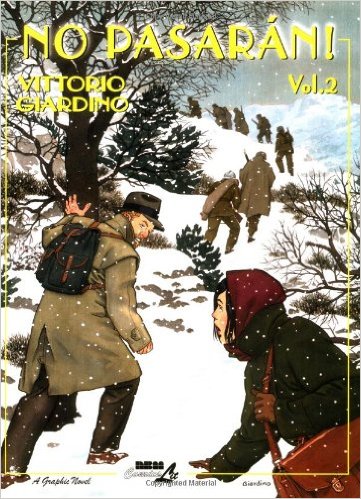 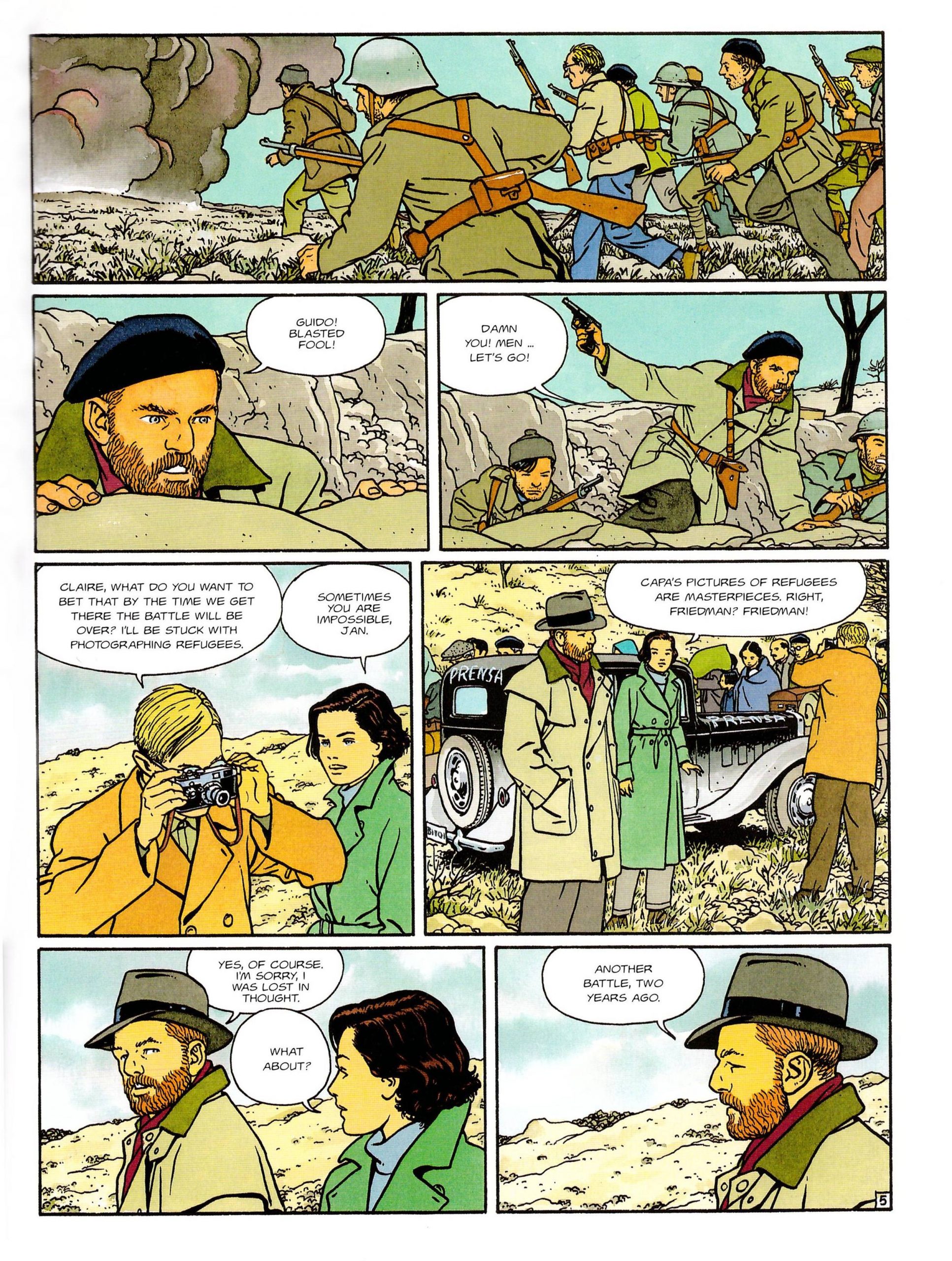 In volume 2 of his Spanish Civil War epic, Vittorio Giardino continues his involved, politically informed historical thriller, with European spy Max Friedman in search of Guido Treves, an old associate who’s disappeared in the chaos of the anti-Fascist struggle.

Friedman, trying to stay neutral despite having earlier fought for the International Brigade against Franco, joins the retreat of the leftist forces to the north, harried not just by Franco’s troops but by German and Italian planes.

In the hope of not being recognized, Friedman poses as a war reporter, jointing a small group at the front which includes Claire, a Belgian journalist who helped him obtain credentials. In a place where many restless souls are looking for something, she doesn’t question his need to pass as someone else.

Claire’s obvious interest in Friedman makes her would-be boyfriend angry, and soon Friedman, who is a portrayed very much as a subtle spymaster rather than a two-fisted fighter, is entangled in personal problems as well as political ones. Flung together when they are separated from their group and forced to travel into the mountains, the modest sexual tension builds throughout this volume of the story, contrasting with the more adventurous nature of the plot.

Giardino is not, at heart, a passionate storyteller. He is excellent as communicating complex ideas, scenarios and emotions, and it is refreshing to have a leading character who is quiet, reserved and thoughtful rather than swashbuckling in nature, but he does struggle a little with the relationship between Claire and Friedman. All the signals are there to be read, but like two actors who don’t get on with each other, it lacks a certain spark.

Giardino’s precise art doesn’t help here. He always keeps his characters and his linework under tight control, and that can sometimes lead to a feeling of stiffness in the depictions of people and composition of panels. Sometimes they are just so perfectly rendered and structured they look like individual posters laid side by side. His careful attention to body language cannot be faulted, but it is sometimes just too clean to seem human. By contrast his preparatory sketches are loose and fluid, harking back to the Toth, Pratt and Caniff, and it is certainly the classic adventure genre which inspires his writing.