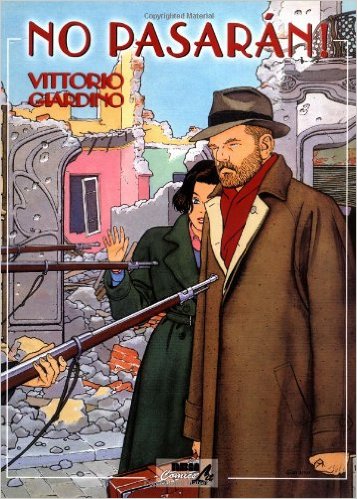 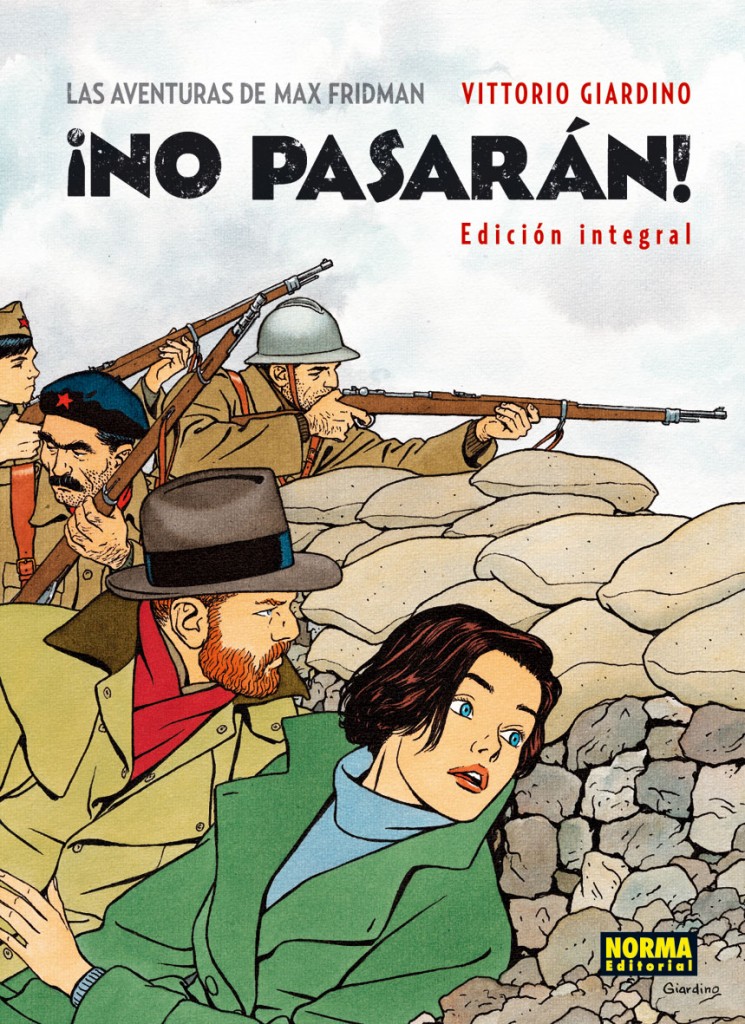 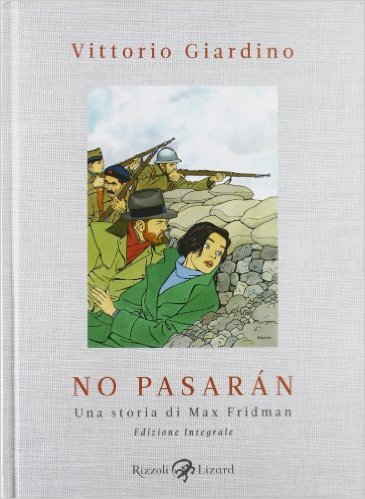 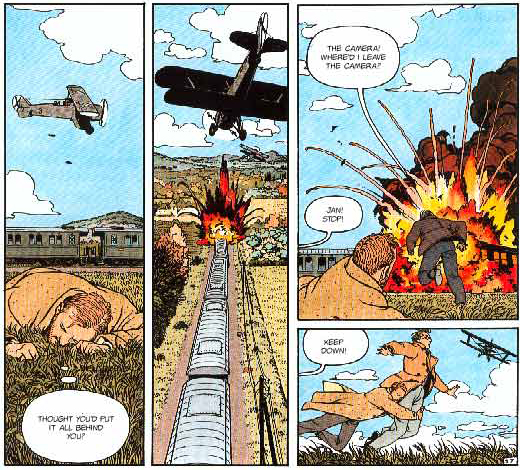 Set during the Spanish Civil War, the three volume No Pasaran is a prime example of what Vittorio Giardino does best – involved, politically informed historical drama set in the early years of the 20th century. In the first volume we are once again introduced to Max Friedman, a spy whose adventures in 1930s Europe Giardino has chronicled in Hungarian Rhapsody and Orient Gateway. Friedman returns to Spain where he has already fought as part of the International Brigade in what he now often feels is a losing battle, not to act as a spy but to employ his discreet abilities as a private investigator, looking into the disappearance of an old friend.

Determined to stay neutral in a struggle that has captured the imagination of so many people, Ernest Hemingway and John Dos Passos included, Friedman makes cautious enquiries in Barcelona, trying to discover if the missing man has been abducted by Franco’s secret police or perhaps fallen foul of Communists desperate to seize control of the anti-Fascist partisans gathered there. Both are ruthless in trying to achieve their ends.

Barcelona is a city of secrets, battle scarred and haunted, where many people disappear without a trace. Can Friedman, with his experience of espionage, get to the bottom of the mystery or will he himself disappear?

One of Giardino’s great gifts, apart from strong draughtsmanship, a facility for likenesses and a gift for drawing architecture, is his ability to steer a narrative through a complex situation without simplifying excessively or cutting out important aspects of the scenario. He manages to evoke a particular time towards the end of the Spanish Civil War, making the reader aware of the broader picture and his protagonist’s background, without this text-heavy comic grinding to a halt. His audience is never patronised, and his methods of delivering necessary background information are polished, but the reader is expected to use their brains as well – a genuinely adult product. 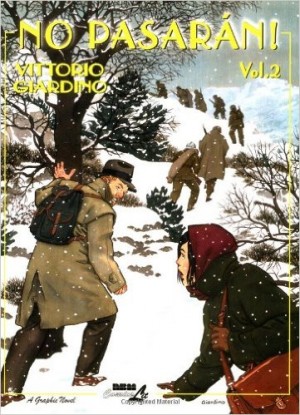