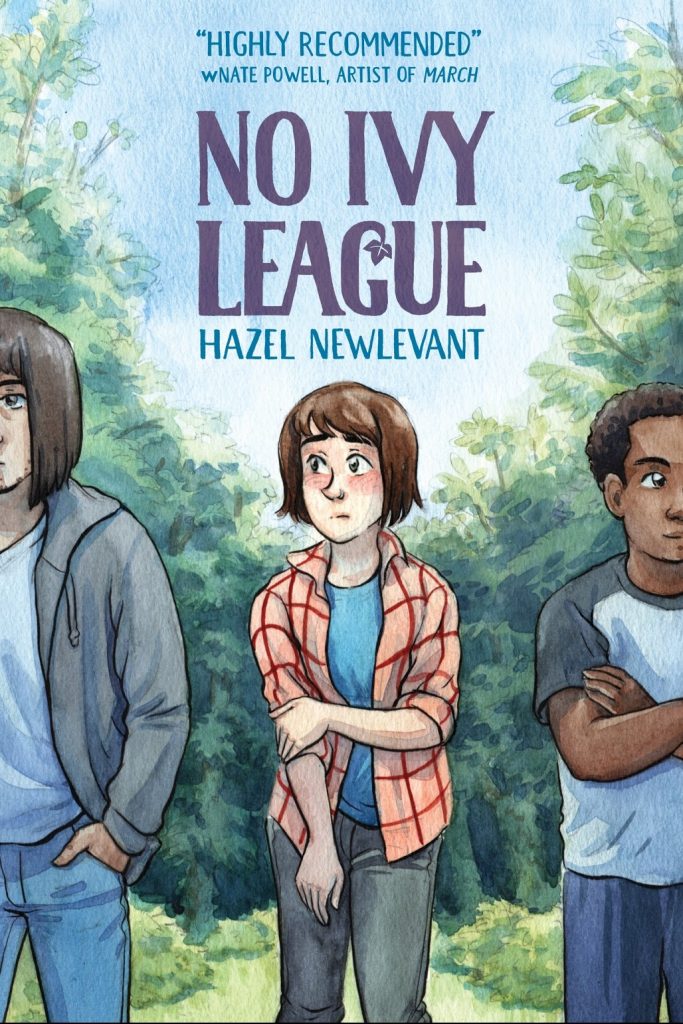 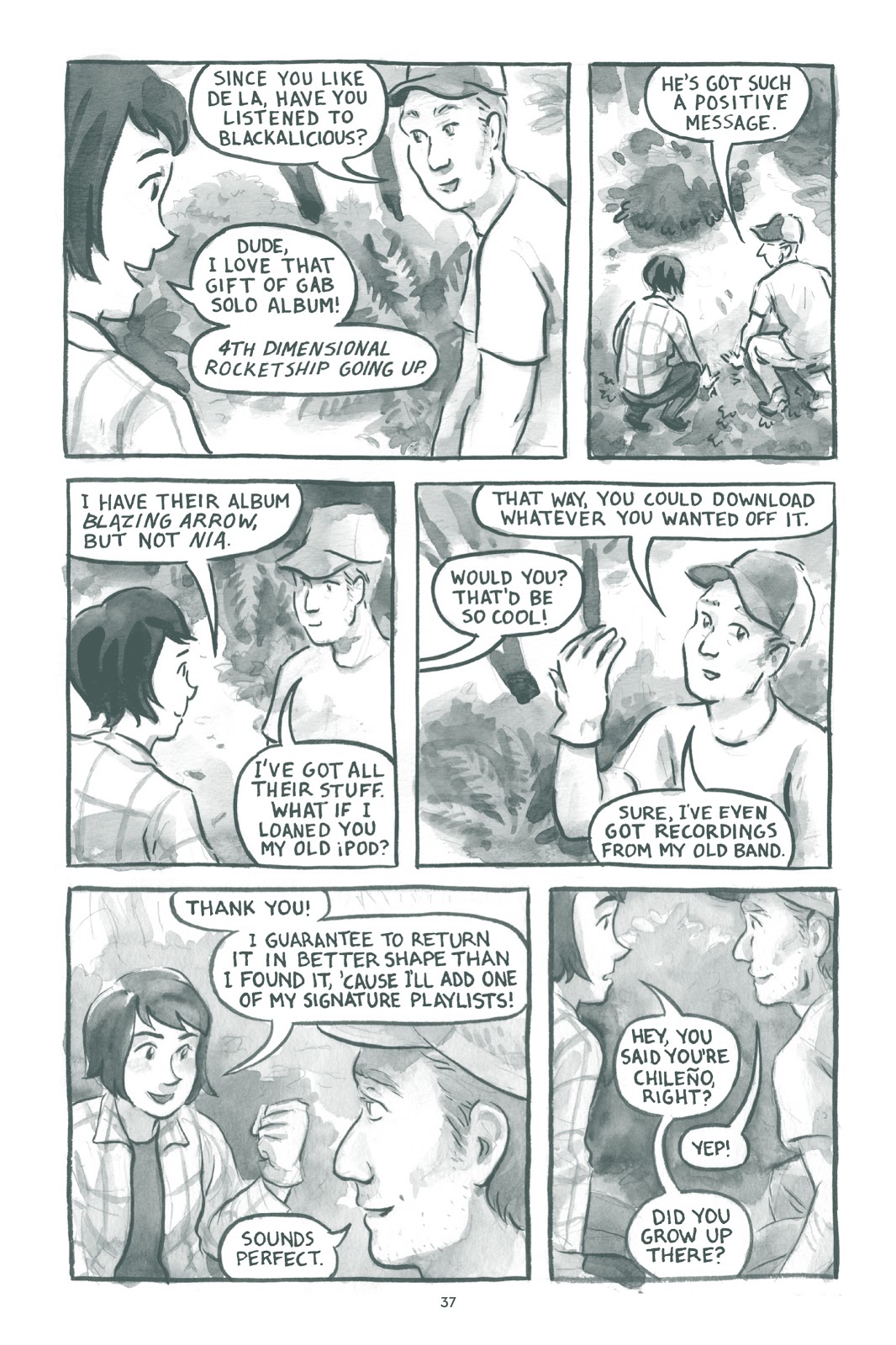 Hazel is a confident teenager, although slightly younger than most others also taking a summer job in Oregon clearing invasive plant species from the forest. No Ivy League is a project designed to give rural experience to urban kids, and Hazel eventually learns she’s the exception to a policy of hiring at-risk teens. She’s the only home-schooled participant, and although fine with her friends, she lacks confidence among people she doesn’t know as well.

The purpose of No Ivy League is a personal look at the social difficulties of interaction with people from different backgrounds. What’s standard banter in one community is offensive and bullying in another. Hazel Newlevant takes a long time to get to the crux of this, feeling that in order for us to understand her own experience, many, many bland pages of musical discussion and games of Marry, Fuck, Kill are necessary, which may be true to her experiences, but actually reveal very little about her co-workers. It makes No Ivy League quite the slog until we reach the key incident, after which the story opens up.

Making the going a little easier over the first half slog is the cheerful artwork. Newlevant has a talent for capturing people, even when shown from behind, and the watercolour tones add a depth to the illustrations. She makes the forest and other scenery look really enticing, and knows when to restrict it to a few subtle grey splodges.

Shining the torch on one’s own life with honesty isn’t a skill all those producing personal memoirs have, yet shortcomings and complacency are illuminated and tolerance duly recommended. After a spell working with others, Hazel does a little more research and comes to realise the privilege she both enjoys and embodies, but the dramatic points she works up to can fall flat while still prompting thought. An example is Hazel being told how her mother’s experience of integrated schools in Portland was one of relentless bullying, and so she kept Hazel at home to protect her. In some respects it’s a shocking revelation, but since no-one of any colour or background should endure relentless bullying, is the pre-empting of this controversial? Like other points raised, it’s never followed-up or discussed, and we only see Hazel’s reaction.

Anyone wanting a sparking point for discussions will find several straightforwardly presented, but life doesn’t always offer resolutions, and that makes No Ivy League unsatisfying.