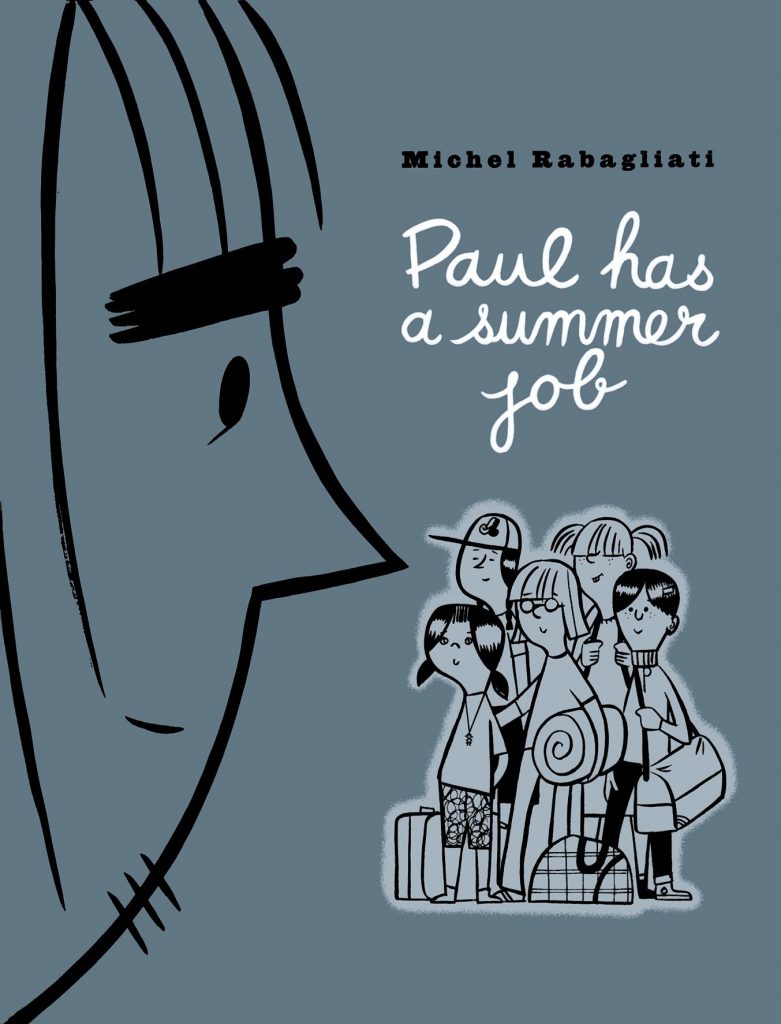 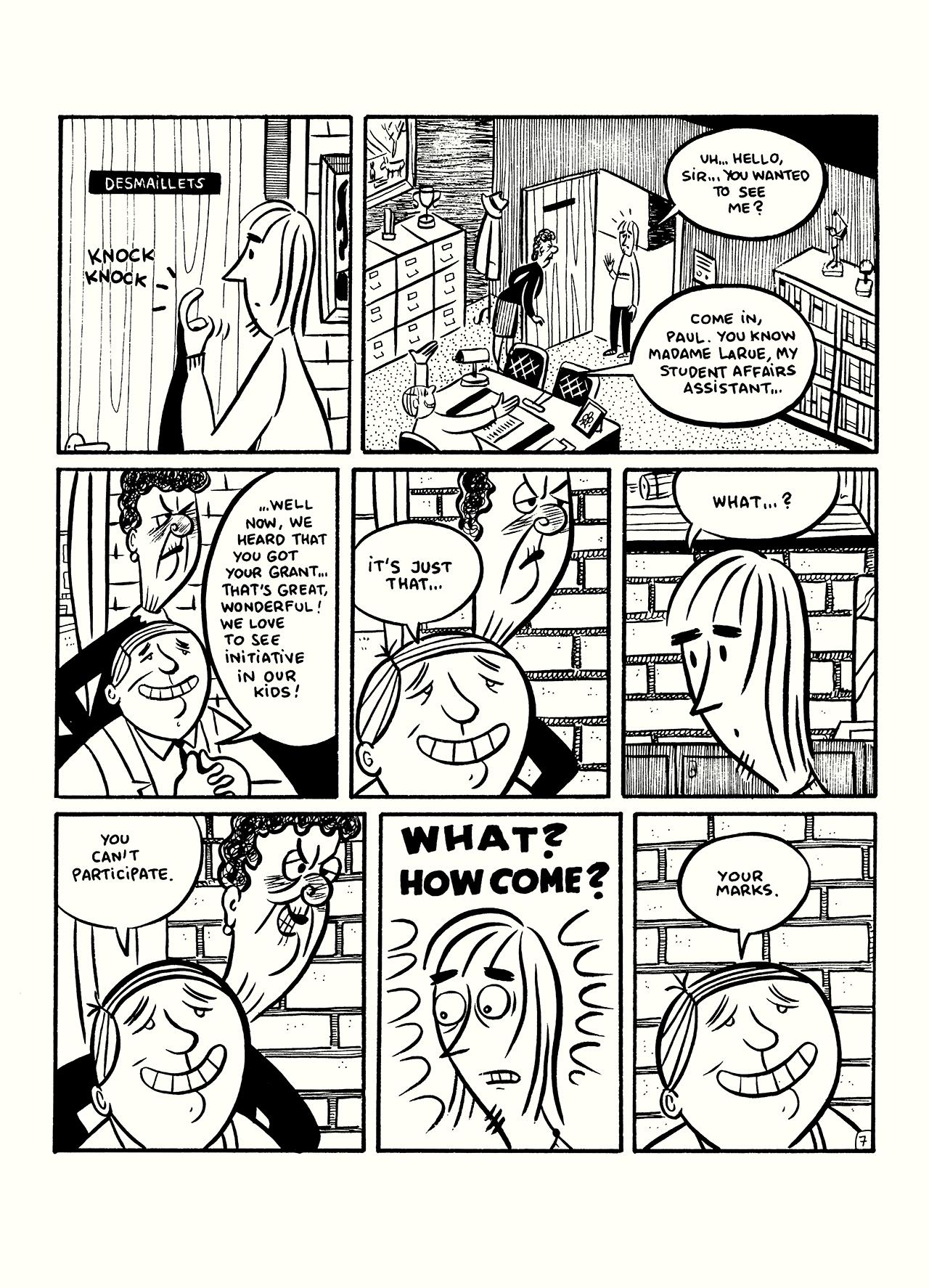 Michel Rabagliati came to comics relatively late, initially creating short pieces as a sideline to his career in graphic design. These looked unlike any other comics being produced at the time, drawing on influences from cartoonists, and were extraordinarily well received, Rabagliati winning the 2000 Harvey Award as Best New Talent. The stories were largely autobiographical, starring his alter-ego Paul, but featuring some fictional elements injecting greater drama, and that’s the approach taken on Rabagliati’s first full graphic novel, looking back to 1979.

Paul has quit school, and a summer job in a print shop has the potential for a career, a thought that depresses him almost as much as the sterile new neighbourhood his parents have moved to. Out of the blue there’s a call from Guy, who needs a summer camp counsellor at short notice. Neither he nor Paul are concerned about lack of qualifications, or zero affinity for living among nature or country pursuits. Used to his home comforts and having much done for him, Paul is challenged even before the arrival of any children, and his fearful isolationism gives way to an enjoyment of camaraderie.

Camaraderie characterises Rabagliati’s approach to Paul Gets a Summer Job. He’s an inviting and cheerful host, and there’s an optimism to the recollections, as if there’s always something good around the corner, and any problem can be solved given time and application. That’s put to the test as Paul needs to mature into an authority figure when the children arrive for summer camp, which prompts further shedding of preconceptions.

Cartoonist Albert Chartier is largely unknown outside Quebec (see Drawn & Quarterly 5), but is an enormous influence in the way Rabagliati structures his stories visually, with the comedic reactions of the characters and the sense of movement learned from Chartier. Rabagliati’s use of the style is looser and less formalised, and it’s an interesting way of telling his stories, giving a comedic sheen to moments of emotional depth and some weighty subjects. The balance provided never trivialises important moments, and it prevents what could otherwise become over-sentimentalisation.

Paul Has a Summer Job is a coming of age story, but not in a very traditional sense. Paul arrives at the summer camp to escape what he considers the constriction of his life, only to realise that he’s been comparatively sheltered and unappreciative of the advantages he’s had. It’s a common discovery to many who leave home, and Paul eventually understands that there are many forms of being disadvantaged. That it’s presented in this fashion years later means it’s a lesson that stayed with Rabagliati. There is a sentimental ending, which feels too tidy, but it’s hoped that a romantic gift given late in the book is part of the truth. Paul’s progression continues in Paul Moves Out.