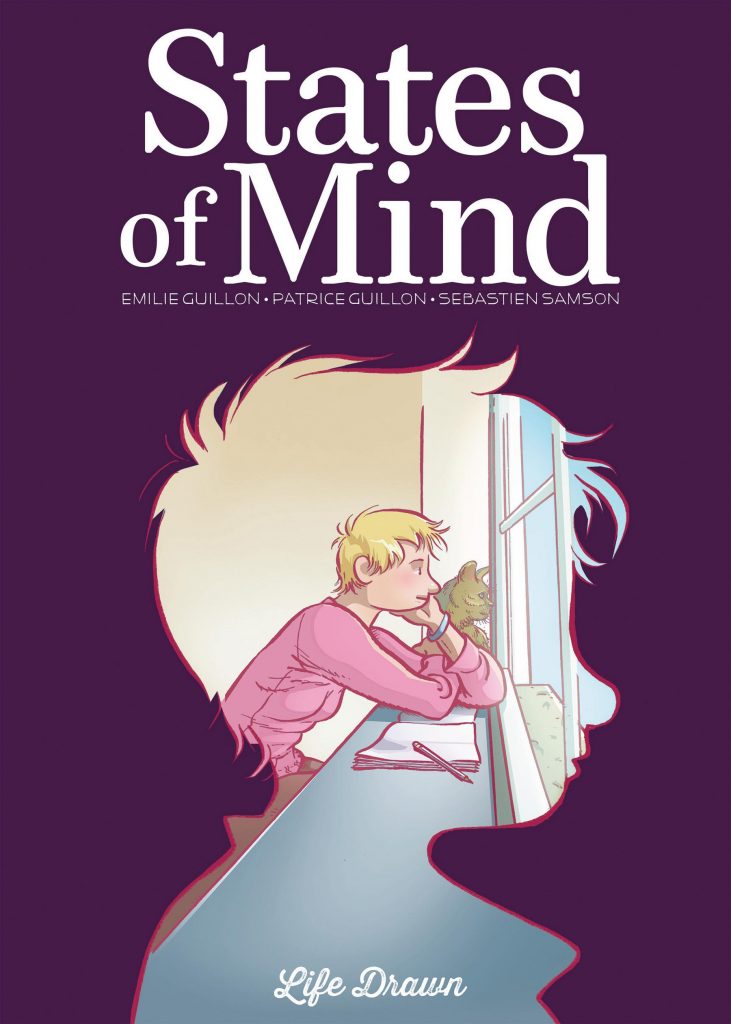 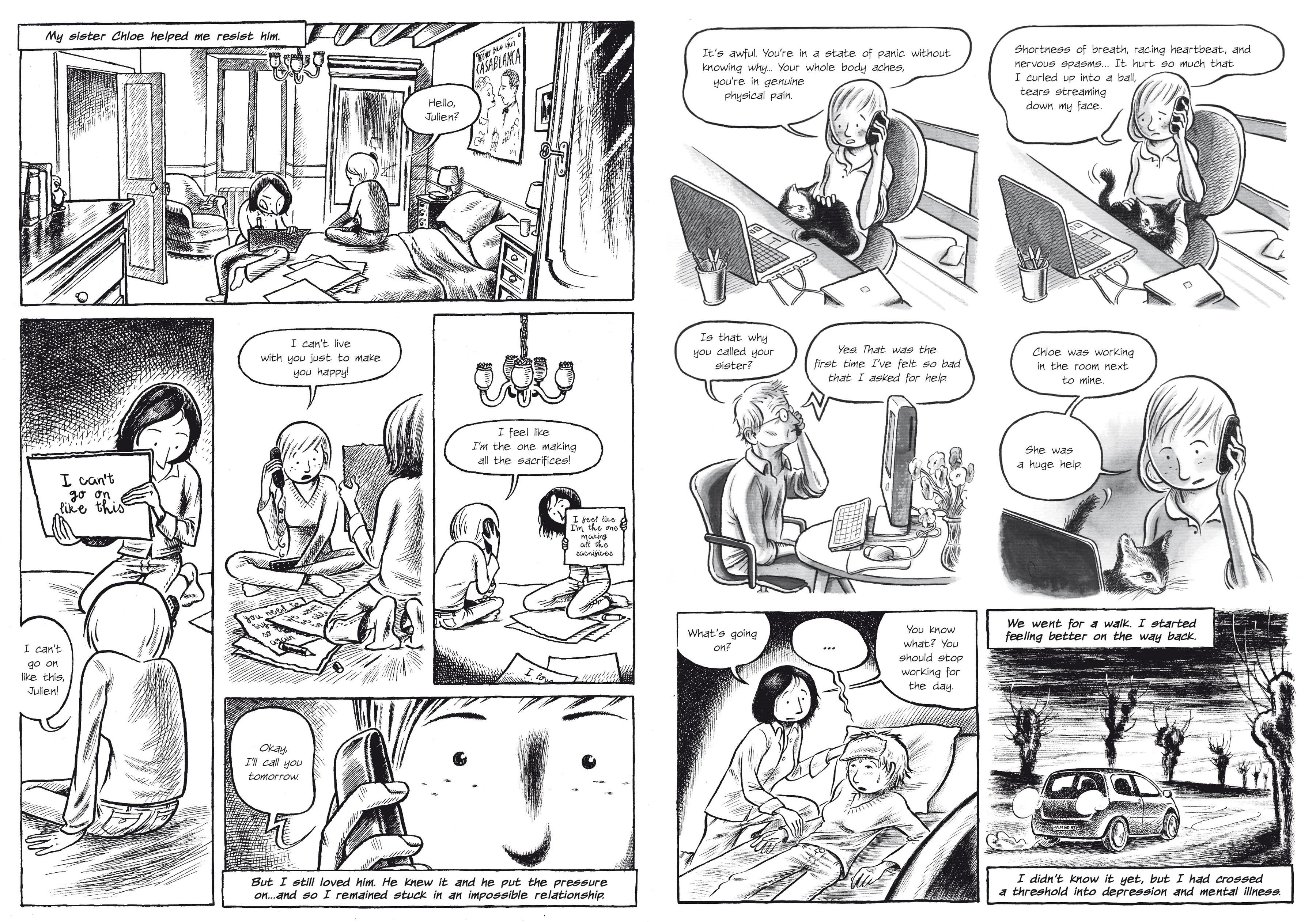 In 2001 Camille’s had a great holiday in Quebec, staying with a boyfriend who loves her. Her return to France is delayed by the events of 9/11, and when she eventually arrives back in Bordeaux she’s stressed and confused. In addition to maintaining a long distance relationship with what proves to be a needy boyfriend, researching ways she can study in Quebec is frustrating, and stress over the thought of failing her exams is ever-present. As portrayed here, her harshly unsympathetic mother has no understanding. It eventually all becomes too much, and Camille attempts suicide. That, however, is just the starting point of a long journey in which Camille has to reassess her entire life.

Camille is the distancing alias used by Emilie Guillon as she relates her experiences, collaborating with her father Patrice, already the creator of several graphic novels. He also draws sections in which he features, discussing events in hindsight, his panels distinguished by a lack of borders and a generally looser line than Sebastian Samson, artist for the bulk of the book. Camille’s initial disintegration is astonishingly rapid, occurring within a month of her return, and preceding years of largely ineffective treatment. The straightforward recollections about this are spliced with mood swings about the value of completing States of Mind, early hints that there is to be no neat and happy ending to Camille’s story.

The intended purpose of States of Mind is as a primer to help others, but it may be that Patrice at least considered it might have beneficial effects for his daughter. It is a heartbreaking study, not least because the eventual diagnosis of bipolar disorder seems so long in coming. We’re surely not so much better informed now than we were twenty years ago to the point of being able second guess doctors, but given Camille constantly swinging between coping and suicidal depression that it was four years before her condition was explained to her is astonishing. It’s one of several puzzling aspects of the broader picture, others never addressed. Camille’s original secondment to a unit also housing people with completely different mental problems seems entirely inappropriate and hardly likely to promote recovery.

A line is drawn between honesty and confession, one event in particular referenced without being explained as Emilie considers reliving it wouldn’t be healthy for her, and others glossed over. Considering the embarrassing situations that are disclosed, to complain about this would indicate no understanding and an intrusive mind. Camille views her medication with ambivalence, and in her case sometimes denial, common among people with mental problems, explaining the feeling that as long as she’s taking it, she’s marked as sick.

The penultimate chapter is interesting for Camille’s experiences working at Disneyland Paris. She finds the same annoying situations and conditions others have related, but she’s fair minded in also noting her supervisor as sympathetic and Disney’s generosity in closing the park for a day every season to give the staff free run, also booking Mariah Carey for a concert. Not to everyone’s taste, perhaps, but nonetheless a gesture.

The 21st century has seen far less demonising of mental illness and a considerable increase in memoirs dealing with various forms. States of Mind feeds into this as sad first hand experience that engages and explains. We’re left feeling very sorry for Emilie whose life will never be as fulfilling as it might have been, yet acceptance of what is rather than aspiration is stressed as key, and her recollections will surely help others, not least in recognising symptoms sooner.