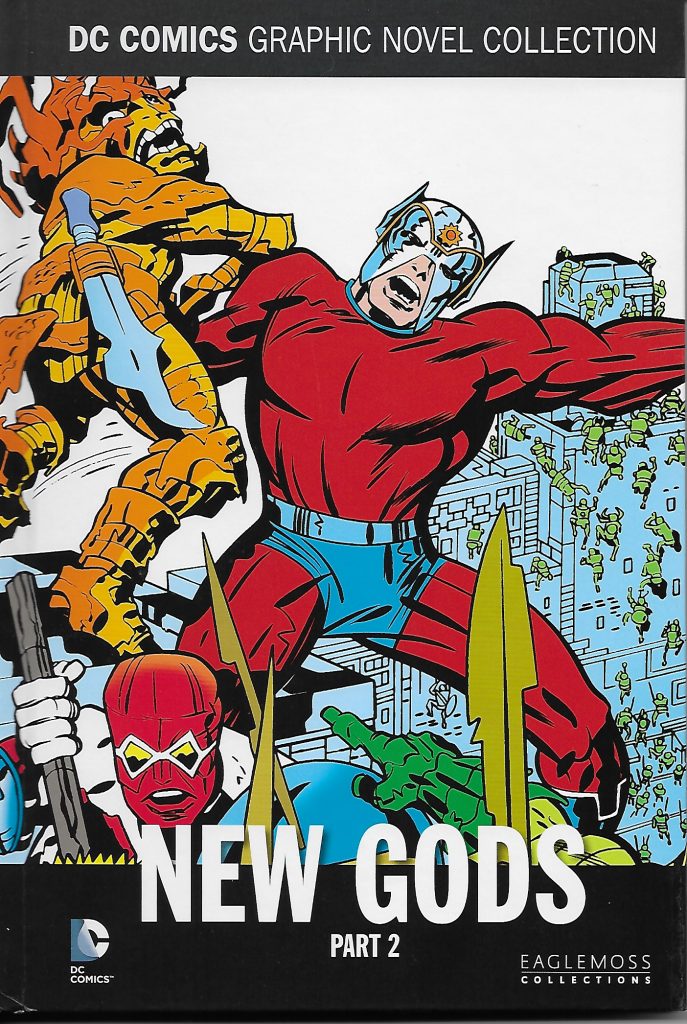 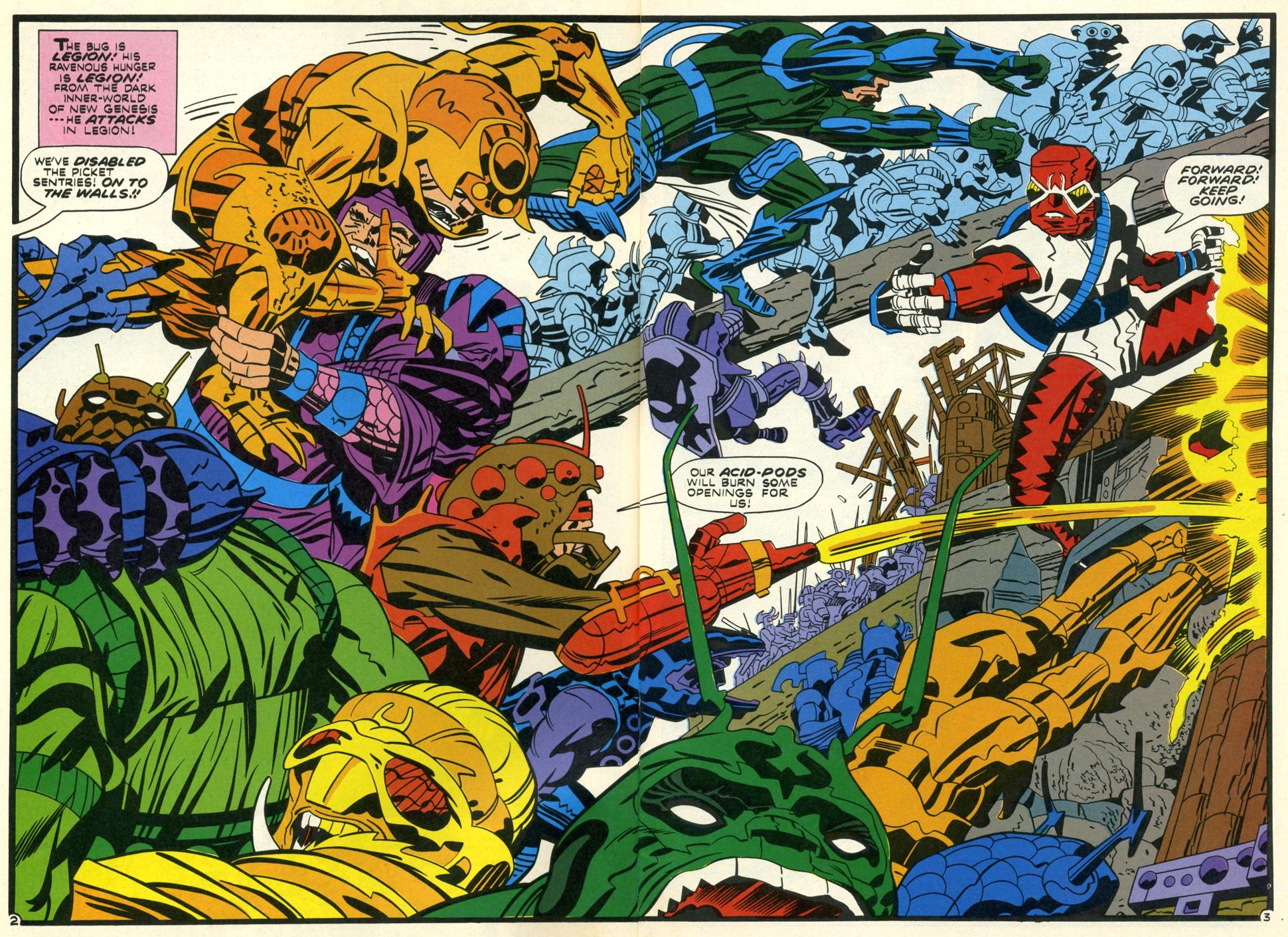 New Gods Part 2 continues the series written and drawn by Jack Kirby during his early 70s stint at DC, focussing on the growing war between planets: the idyllic New Genesis, and the appropriately named Apokolips – a planet of gaping ‘fire pits’, industrial blight, and prison camps.

Kirby wisely began the series’ with the rising hostilities spilling over onto Earth, and so involving humans for reader identification. The lead character has been the New Genesis raised Orion (cover image), however, this volume’s opener ‘The Pact’ shifts both location and time to New Genesis at the starting point of the war. It initially seems off-topic here, but a brilliant final reveal, brings it powerfully back into the continuity, and demonstrates Kirby’s mythic power.

New Gods Part 1 lacked the deft scripting of Kirby’s Marvel work with Stan Lee, suffering some clunky dialogue and narration. A few howlers survive here: “J. Mason Hartwell is the D.A. in the city,” says Hartwell of himself, “… and taking ‘guff’ is not my prime attribute!” However, the generally more convincing earthly dialogue, and the New Gods’ archaic formality, complement each other well.

‘The Death Wish of Terrible Turpin’, again plays on the God/human interaction theme, with the eponymous Police Inspector in close combat with Apokolips’ brutish Kalibak. It’s unusual amongst comics battles for portraying physical damage, to both Turpin and Orion. A follow-up with Kalibak has diminished appeal, though serves to play out wider intrigues.

‘The Bug’ reveals Kirby’s liberal sensibilities with the empathic portrayal of an underground underclass of scavenging humanoid ‘Bugs’. A revelation adds a dramatic and sympathetic twist to their ‘disfigured’ outsider, Forager. This strand demonstrates that the satire in Lee/Kirby collaborations wasn’t all down to Stan Lee. The Bugs’ new saviour is cosy with the Apokolips establishment, and appropriately named Mantis – after that most famously cannibalistic ‘bug’. As with ‘The Pact’, what appears an entertaining diversion into the wider Fourth World backdrop, feeds back in to the New Gods story, as Forager arrives on Earth seeking Orion.

New Gods ended prematurely, a victim of declining sales, just as Orion plans his showdown with Apokolips’ overlord Darkseid. Given Kirby’s prior contribution to comics, and the ambition of this multi-series epic, the fact that he was prevented from completing it as intended, is perhaps the saddest moment in American comics.

Kirby’s art remains astounding: the dynamism of his figures, his sense of composition, and his lovingly detailed mise-en-scène, all capture his mature peak. Great credit is due to Mike Royer, Kirby’s inker of choice, who he’d take with him back to Marvel. Royer’s (pre-digital) impossibly sharp, and fluid inking matched every line, squiggle and flourish of the pencils, realising the definitive Kirby look. The colour (taken from the 1980s ‘prestige’ pamphlet reprints) is optimal: true to the flat colours of the original era, but with an expanded palette that avoids the usual headache-inducing over-saturation.

A bonus in this volume is a 1940’s episode of the Simon/Kirby Boy Commandos, whose bowler-hatted Brooklyn has been retconned post-Kirby as the future Inspector Turpin. It’s an ingenious connection, but adds nothing to the New Gods story. A better addition would have been The Young Gods of Supertown vignettes included in the 1997 greyscale collection.

New Gods is a bold concept energetically delivered, with some strong stories, and peak Kirby artwork.  Later Kirby New Gods stories, are absent here, but collected along with the full original series and more in the 2018 New Gods.