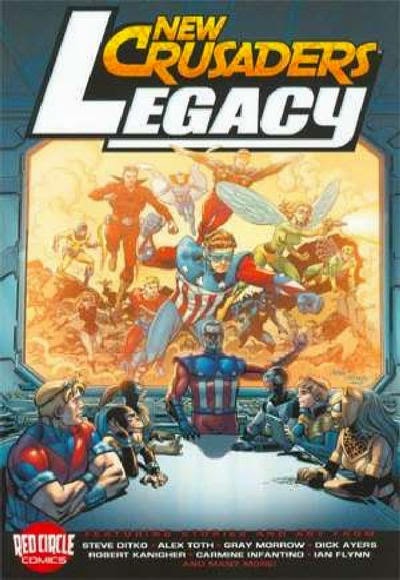 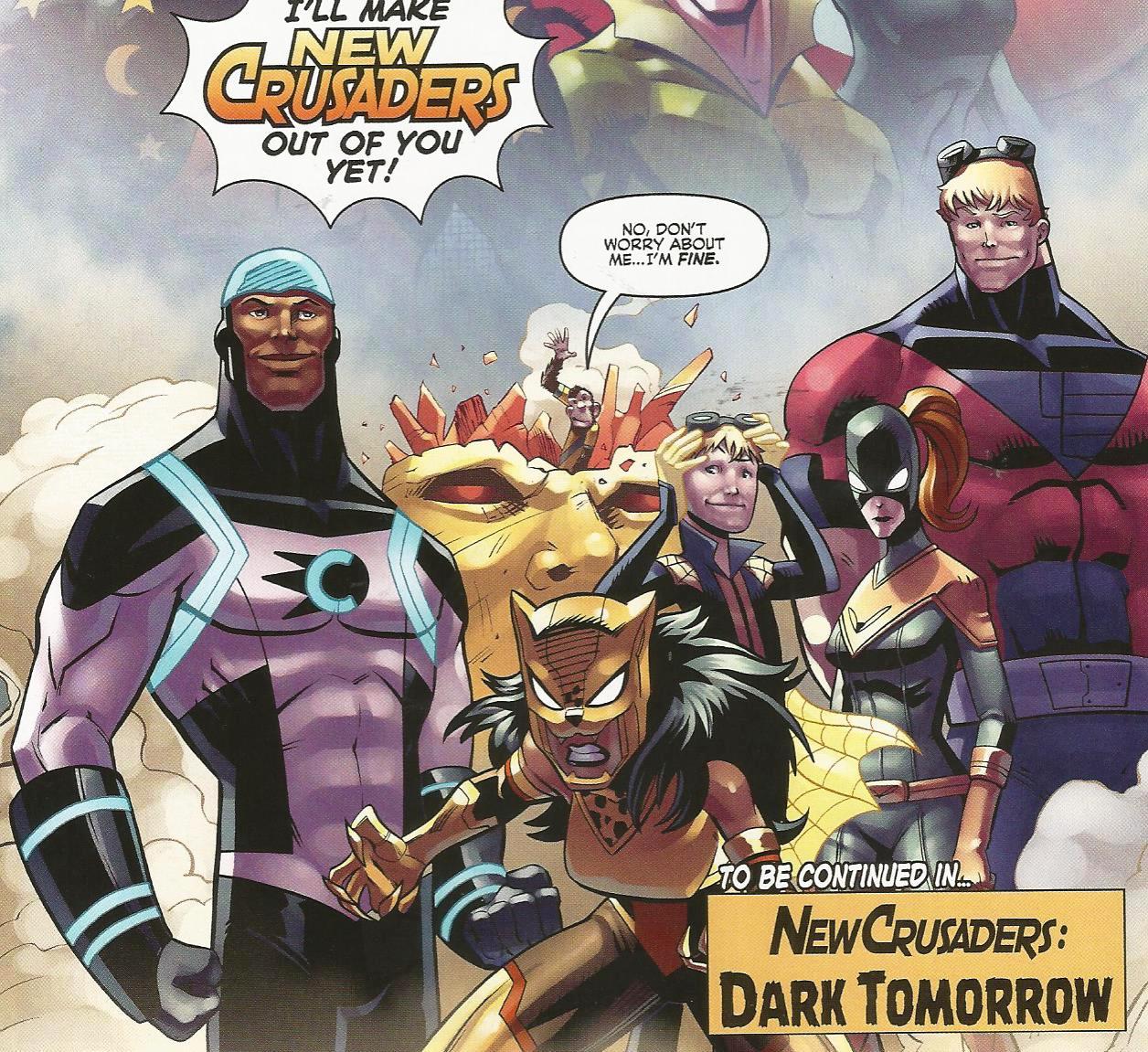 Following a sadly tepid public reaction to New Crusaders: Rise of the Heroes, Archie Comics, using their Red Circle imprint, backed off from both the original plan of New Crusaders as an ongoing title, then the Plan B of a rapid-release follow-up in the proposed Dark Tomorrow miniseries.

Instead, to keep the characters visible without commitment, they released this bumper trade paperback, which was, well, you know that thing in a TV show where the cast’s all gathered round a familiar part of the set, somebody says, “remember when…?”, and the screen goes all wibble?

Well, that, only in comics form. After a “Story So Far” montage to bring readers up to speed as to who the New Crusaders are, and what they’re doing there, the team is abruptly sidelined in what is ostensibly their book, as, after a training session disappoints their mentor, the original Shield, they’re told to “review their predecessors’ history and methods”, and the editors plunder the archives for some reprints by big names.

And they come up with them: Steve Ditko, Alex Toth, Gray Morrow, Carmine Infantino, Alex Niño, Eduardo Barreto, Carmine Infantino, and, oops, Dick Ayers, among many others, as the lengthy history of the Mighty Crusaders’ various previous iterations is waved before the audience. The trouble is, the best-illustrated stories are seldom the best written, and vice-versa, and the multitude of styles just creates a rather unpleasant switchback effect.

Duly rallied – or perhaps numbed into acquiescence – by the succession of flashbacks, the New Crusaders regain their motivation, and stand ready to face their heroic future, in the final-blurbed, long-delayed New Crusaders: Dark Tomorrow. It never appeared and pages prepared for it were eventually included in the next reboot as The Mighty Crusaders.